What Would You Do With $2.04 Billion Dollars? You Can Buy 7 Central Parks with It 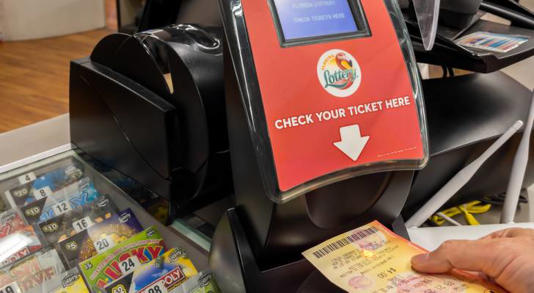 $1.2 billion Powerball comes with a hefty tax bill© The Toidi/Shutterstock

As reported by WESH Orlando

The second-largest Powerball jackpot is up for grabs.

Currently, the jackpot sits at $1.2 billion ahead of its drawing on Wednesday, Nov. 2.

If a player ends up winning Wednesday’s jackpot, it will mark the second-largest jackpot win in the history of the game, only behind $1.5 billion in 2016.

There have been 38 drawings since the last Powerball jackpot win in August.

Here’s the hefty tax bill it comes with

That amount is for the winner who chooses to receive the money as an annuity spread over three decades. If the winner wants to accept the prize as a single payment, the cash value is estimated to be $597 million.

Uncle Sam needs his cut, too. Forbes estimates that a single taxpayer with no other income, dependents or tax deductions can expect to pay roughly $220 million in taxes on that prize money.

According to Powerball, the odds of winning the jackpot are 1 in 292.2 million.

Of course, playing the lottery isn’t the only way to bet on long shots. If you’d rather get rich quickly in the stock market, you can invest in “lotto ticket” stocks with significant “multi-bagger” potential.

They’re usually more volatile and riskier — but the upside could be worth it. Here are two names to consider.

But parabolic runs don’t last forever. Nio has since pulled back significantly and now trades around $9.70 per share.

While Nio shares have been on a rollercoaster ride, its business continues to expand at a very impressive pace. The company had just reported that in October, it delivered 10,059 EVs, representing a 174% increase year over year.

Mizuho analyst Vijay Rakesh has a ‘buy’ rating on Nio and a price target of $40 — implying a potential upside of 312%.