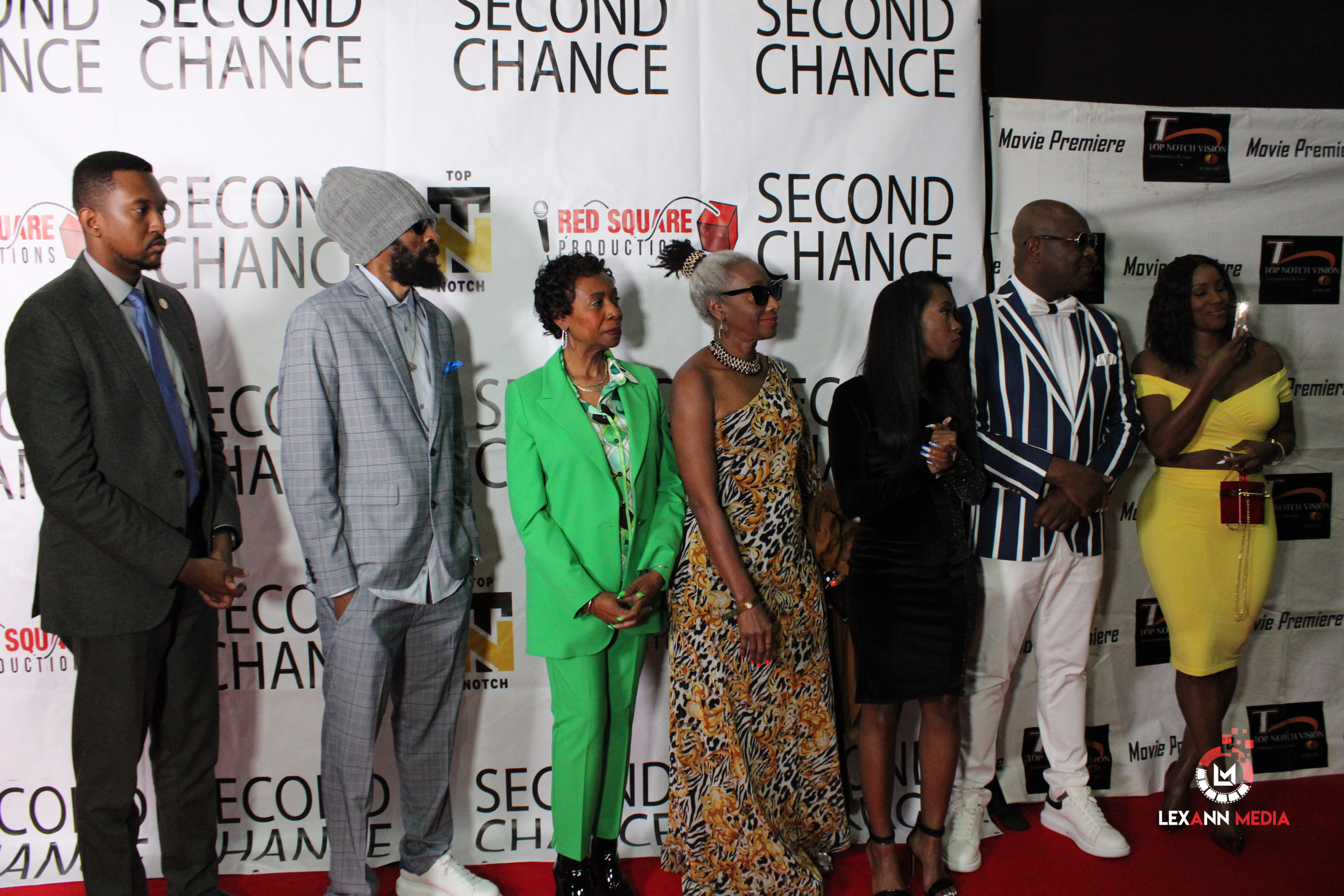 From Director – Cleon A James, Top Notch Vision Films and RedSquare- “Second Chance“, starring reggae sensation Spragga Benz is electrifying, emotional and inspiring”. This star studded movie is a must say. The Premier was well attended at the Linden Multiplex Movie Theatre in Brooklyn, NY on May 14, 2022.

The movie is about on educated Jamaican Rastaman who tried landing a job in corporate America but with many failed attempts he eventually went down the wrong path with his high school friends doing the wrong thing. When he was faced with a life and death situation he ended up leaning on his spiritually and faith which saved his life and gave him a “Second Chance” at life. Written and produced by Cleon A James.

LexAnn Media would like to thank Ms. Patricia Meschino for being our host at the Premiere.

Movie Directors would like to thank Mr. Carl Gray of Young, Gifted and Black for his assistance with the Brooklyn Premiere