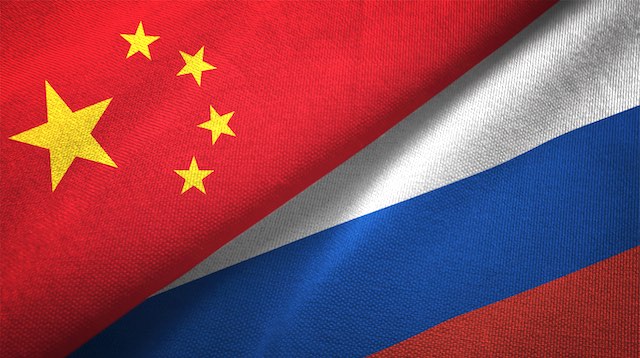 As the Russia-Ukraine war entered its eighth week, Russia confirmed that its flagship vessel in the Black Sea sank — with Ukrainians claiming their anti-ship missile is to blame — while CIA Director William Burns warned the U.S. can’t “take lightly” the possibility that Russia would use nuclear weapons.

Moscow’s defense ministry confirmed on Thursday that the Moskva, Russia’s leading battleship in the country’s naval assault against Ukraine, sank while being towed to port during a storm. “While being towed … towards the destination port, the vessel lost its balance due to damage sustained in the hull as fire broke out after ammunition exploded. Given the choppy seas, the vessel sank,” Russian state news agency TASS reported, quoting the ministry’s statement.

Moscow initially said a “fire” set off some of its weapons and that “ammunition exploded on board” as a result. Officials said the crew, believed to include around 500 sailors, was safely evacuated from the burning ship. The ministry said the fire is now under investigation. However, the governor of Odesa claimed the damage was a result of a Ukrainian missile strike on Wednesday — which Moscow has denied.

Russia’s military setbacks in the war against Ukraine could lead to Russian President Vladimir Putin using low-yield, or tactical, nuclear weapons, William Burns, the director of the CIA, warned on Thursday. Speaking at Georgia Tech, in Atlanta, Burns said: “Given the potential desperation of President Putin and the Russian leadership, given the setbacks that they’ve faced so far, militarily, none of us can take lightly the threat posed by a potential resort to tactical nuclear weapons or low-yield nuclear weapons.”

Russia’s defense ministry pledged on Friday to launch more strikes against Ukraine’s capital, Kyiv, following the loss of the Moskva battleship. “The number and scale of missile strikes on targets in Kyiv will increase in response to any terrorist attacks or acts of sabotage on Russian territory committed by the Kyiv nationalist regime,” the ministry said in a statement. A military factory in Kyiv that allegedly produced the Neptune missiles Ukraine claimed it used to strike the Moskva warship was targeted overnight on Thursday.

In a diplomatic note to the Biden administration, Russia warned the U.S. that there would be “unpredictable consequences” if Washington keeps sending military assistance to Ukraine. “We call on the United States and its allies to stop the irresponsible militarization of Ukraine, which implies unpredictable consequences for regional and international security,” the note said, according to the Washington Post. On Wednesday, President Biden authorized $800 million in military assistance for Ukraine. The shipment will include a wide range of weapons, including helicopters, Switchblade armed drones as well as medical equipment.

Zelensky urges European countries to give up Russian oil

Ukrainian President Volodymyr Zelensky urged European countries to stop buying Russian oil that provides “blood” money to the Putin regime. Speaking to the BBC in an interview published on Thursday, Zelensky criticized Hungary and Germany for preventing an oil embargo. “We don’t understand how you can make money out of blood,” he said. “Unfortunately this is what some countries have been doing, European countries.” The Ukrainian leader added: “Some of our friends and partners understand that it is a different time now, that it is no longer an issue of business and money. That it is an issue of survival.”

At least 503 people in Ukraine’s Kharkiv region have been killed since the invasion began, on Feb. 24, the local governor Oleg Synegubov said this week. Writing on the social media app Telegram, he said the dead included 24 children.