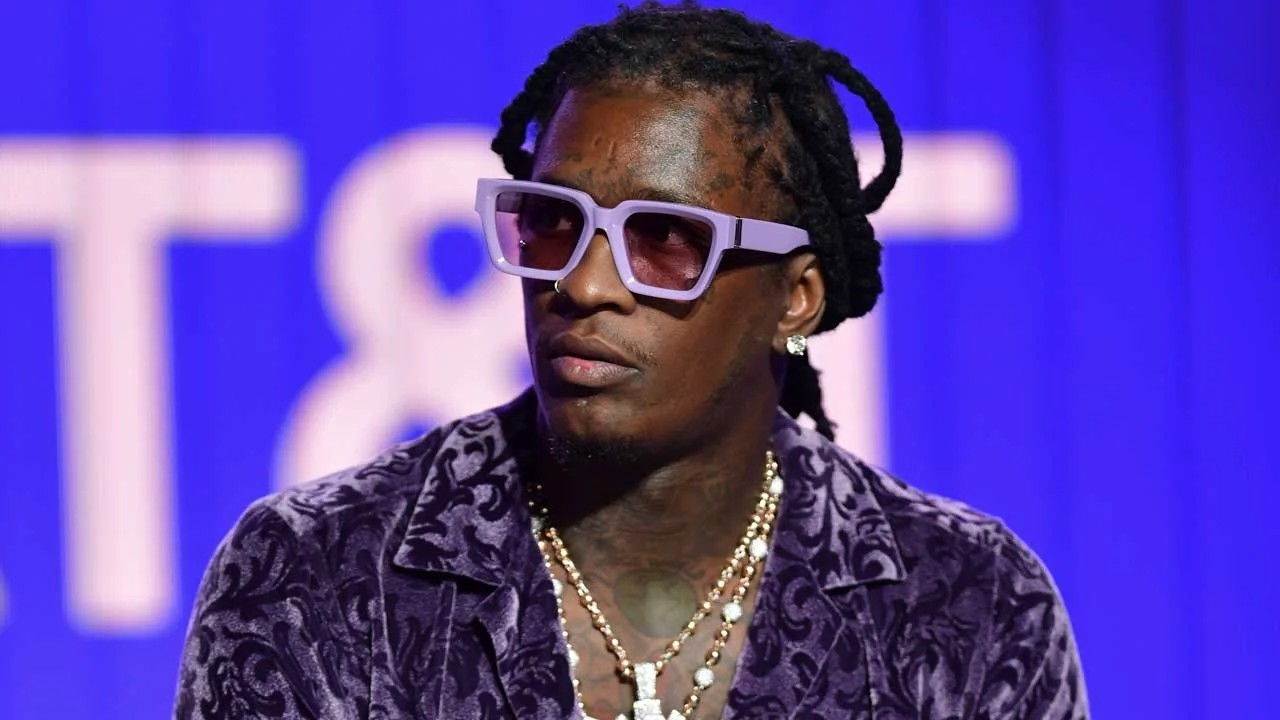 Grammy-winning rapper Young Thug has been named in a sweeping 56-count gang indictment, according to court documents obtained by CNN.

Jeffery Lamar Williams, who performs as Young Thug, was arrested at his home in Atlanta on Monday, according to police. He was booked into the Fulton County jail and charged with conspiracy to violate the Racketeer Influenced and Corrupt Organizations Act (RICO) and participation in criminal street gang activity.

According to the indictment, Williams along with 27 associates of the enterprise Young Slime Life, “conspired to associate together and with others for the common purposes of illegally obtaining money and property through a pattern of racketeering activity and conducting and participating in the enterprise through a pattern of racketeering activity.”

Among Williams’ alleged associates named in the indictment is fellow rapper Gunna, whose real name is Sergio Kitchens. Kitchens has also been charged with conspiracy to violate RICO, according to the indictment. As of Tuesday morning, Kitchens was not in police custody, police said.

In the indictment, prosecutors said Williams along with two other defendants founded the gang YSL in late 2012 and claimed to have affiliations with the national Bloods gang.

Other alleged members of the YSL enterprise are accused of violent offenses in the indictment, including murder, aggravated assault with a deadly weapon and armed robbery. The alleged offenses date back as early as 2013.

In a statement to CNN affiliate WSB, Williams’ attorney Brian Steel said, “the response to any allegation is Mr. Williams committed no crime whatsoeve​r and we will fight to my last drop of blood to clear him.”

Williams is set to appear in court on Tuesday, according to Fulton County Sheriff spokesperson Tracy Flanagan.