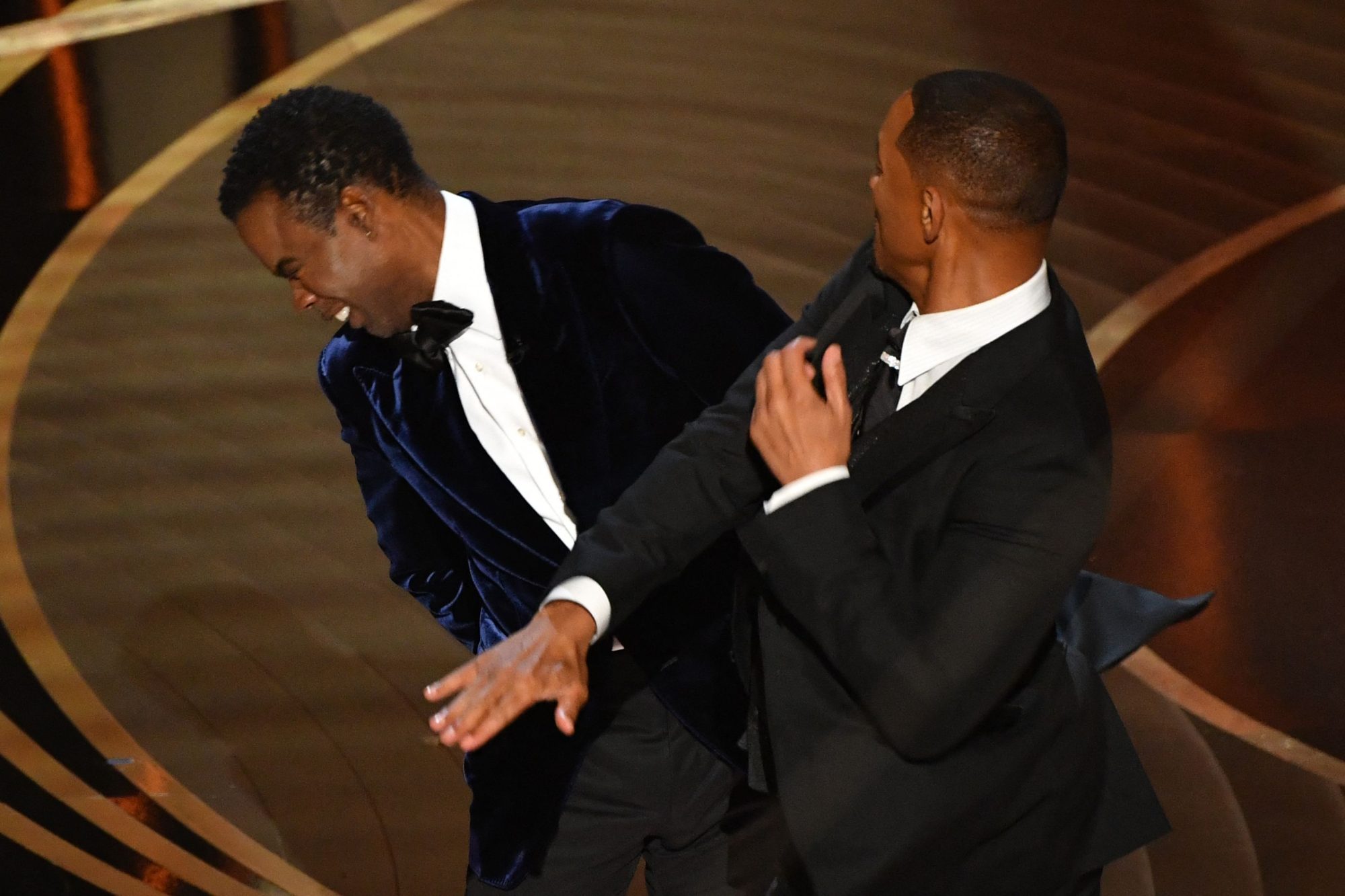 Will Smith took the stage at the 2022 Oscars to smack Chris Rock in the face after the comedian made a joke about Jada Pinkett Smith’s hair.

Chris Rock appeared stunned at the 2022 Academy Awards after Will Smith went onstage and smacked the comedian across the face.

The incident occurred after Rock, who was introducing the award for Best Documentary, joked to Smith’s wife Jada Pinkett Smith in the audience, “Jada, I love ya. G.I. Jane 2, can’t wait to see ya.”

Smith, 53, laughed from his seat while Pinkett Smith, 50, pulled an unimpressed expression. Smith, who is up for Best Actor at the ceremony, then took the stage and smacked Rock, 57, across the face.

“Oh wow,” said a seemingly taken-aback Rock as Smith made his way back to his seat. “Will Smith just smacked the s— out of me.”

In 2018, Pinkett Smith, who suffers from autoimmune disorder alopecia (which attacks hair follicles resulting in bald spots and hair loss), opened up about her “issues with hair loss” during an episode of her show Red Table Talk, explaining, “It was terrifying when it first started. I was in the shower one day and had just handfuls of hair in my hands and I was just like, ‘Oh my god, am I going bald?’ “

RELATED VIDEO: Jada Pinkett Smith Shaves Her Head, Says “It’s Time to Let Go”: Daughter “Willow Made Me Do It”

Pinkett Smith, who showed off her short hairstyle, also said she was grateful for the advice she has received.

“I just want to say a thank you to everyone for all the outreach, from all the doctors and all the holistic practitioners, who have been reaching out to me for this head of mine, I appreciate it so much,” she said. “And I’m taking into a lot of consideration all the recommendations that are coming my way.”

The 2022 Oscars are airing Sunday from Hollywood’s Dolby Theatre on ABC.