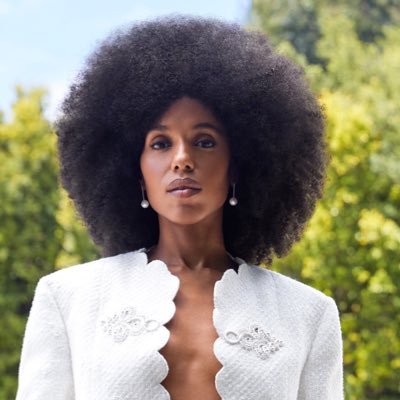 The Hollywood Foreign Press Assn. is gearing up for its annual Golden Globes this Sunday and responding to criticism for failing to cultivate an inclusive and diverse membership body. The group doesn’t currently have any Black journalists among its 87-person membership. In fact, the organization hadn’t had a Black member since at least 2002, when former HFPA president and board chair Meher Tatna joined.

In an interview for Variety‘s talk with the heads of the big four awards bodies — Oscars, Globes, SAG and BAFTA — Tatna addressed the criticism. “As a person of color, it’s important to me,” says Tatna. “It’s just there are nuances, as an organization of immigrants, who write for our home country, that search [for international Black journalists] has not been easy, but that doesn’t mean we will give up. We will keep trying, and we will be part of the solution.”

When asked about the last Black HFPA member, she couldn’t recall when there had been a Black member or who it was, saying, “It was before my time, but I don’t remember what country he came from.” A spokesperson for the HFPA states the last Black member was from Belize but did not provide membership dates.

A spokesperson for the HFPA pointed out that all journalists from all ethnic and cultural backgrounds based in Southern California who writes for international media can apply, and also noted that the group’s membership is majority female, with 35% of its members from non-European countries including Egypt, North Africa, Japan, India, Bangladesh, Philippines, Brazil, Argentina, Mexico and Chile. The HFPA is also looking at potentially changing its rules to widen its pool of applicants.

However, the membership criteria and qualifications make the mission of seeking diverse membership difficult. On the Golden Globes website, the instructions for new member applications reads in part:

Applicants should be working Southern California-based journalists covering the entertainment industry for a legitimate foreign publication and must be sponsored by two current HFPA members. Applicants are required to submit 24 sample clippings of their work from the last 3 years. They also have to have been listed in the MPAA directory of journalists for the past two years.

For a foreign journalist based in Los Angeles, building relationships with this small group, which are largely unknown to the public, is difficult due to its tight and exclusive membership policies. More transparency would help alleviate the public perception that the group doesn’t seek to be inclusive.

On Friday afternoon, the activist organization Time’s Up tweeted a photo with the hashtag #TimesUpGlobes. Presenter Sterling K. Brown also posted the Time’s Up photo, saying “For any governing body of a current Hollywood award show to have such a lack of voting representation illustrates a level of irresponsibility that should not be ignored.”

A spokesperson for Time’s Up responded to Variety for comment stating, “We refer you to the HFPA.”

In recent years, the HFPA has said it has not had any Black applicants. In May 2013, The Wrap reported that Samantha Ofole-Prince, “a highly-experienced Los Angeles-based black U.K. journalist who writes for mainly African, Caribbean and black British press” as described by an anonymous HFPA member, was denied membership, with an insider saying the organization said “she was unqualified based on no evidence whatsoever.”

At the time, a spokesman for the HFPA stated, “Any allegation regarding the organization and claiming any race issues is outrageous.”

On Thursday, the HFPA released a statement saying, “We are fully committed to ensuring our membership is reflective of the communities around the world who love film, tv and the artists inspiring and educating them. We understand that we need to bring in Black members, as well as members from other underrepresented backgrounds, and we will immediately work to implement an action plan to achieve these goals as soon as possible.”

The HFPA did not make current president Ali Sar available for comment.

DEREK CHAUVIN GUILTY ON ALL COUNTS FOR THE MURDER OF GEORGE FLOYD 4. 20. 2021