We Lost Another Great One. Today We Say Goodbye To One of Our Favorite Actress The Talented Ms. Angela Lansbury 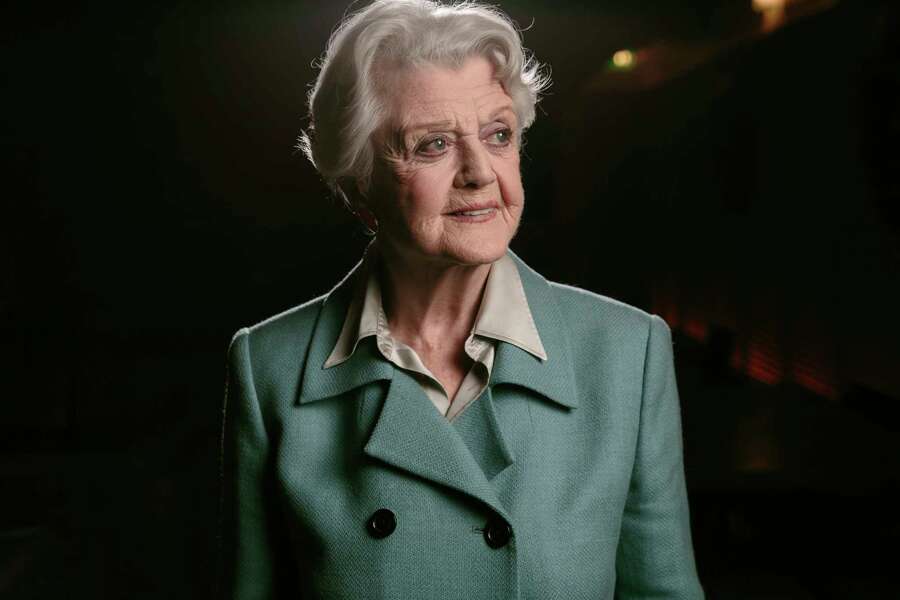 Angela Lansbury poses for a portrait during press day for “Blithe Spirit” in Los Angeles on Dec. 16, 2014. Lansbury, the big-eyed, scene-stealing British actress who kicked up her heels in the Broadway musicals “Mame” and “Gypsy” and solved endless murders as crime novelist Jessica Fletcher in the long-running TV series “Murder, She Wrote,” died peacefully at her home in Los Angeles on Tuesday. She was 96. (Photo by Casey Curry/Invision/AP, File)

Angela Lansbury, the scene-stealing British actor who kicked up her heels in the Broadway musicals “Mame” and “Gypsy” and solved endless murders as crime novelist Jessica Fletcher in the long-running TV series “Murder, She Wrote,” has died. She was 96.

Lansbury died Tuesday at her home in Los Angeles, according to a statement from her three children. She died five days shy of her 97th birthday.

Hers was a 75-year career that included beloved musicals on stage, iron-fisted matriarchs on film, singing the theme song for the animated movie “Beauty and the Beast,” being made a Dame by Queen Elizabeth II and the creation of one of television’s best loved characters.

Lansbury won five Tony Awards for her Broadway performances and a lifetime achievement award. She earned Academy Award nominations as supporting actress for two of her first three films, “Gaslight” (1945) and “The Picture of Dorian Gray” (1946), and was nominated again in 1962 for “The Manchurian Candidate” and her deadly portrayal of a Communist agent and the title character’s mother.

Her mature demeanor prompted producers to cast her much older than her actual age. In 1948, when she was 23, her hair was streaked with gray so she could play a fortyish newspaper publisher with a yen for Spencer Tracy in “State of the Union.”

She was back on Broadway and got another Tony nomination in 2007 in Terrence McNally’s “Deuce,” playing a scrappy, brash former tennis star, reflecting with another ex-star as she watches a modern-day match from the stands. In 2009 she collected her fifth Tony, for best featured actress in a revival of Noel Coward’s “Blithe Spirit” and in 2015 won an Olivier Award in the role.

Broadway royalty paid their respects. Audra McDonald tweeted: “She was an icon, a legend, a gem, and about the nicest lady you’d ever want to meet.” Leslie Uggams on Twitter wrote: “Dame Angela was so sweet to me when I made my Broadway debut. She was a key person in welcoming me to the community. She truly lived, lived, lived!”

Playwright Paul Rudnick added: “she provided the most fabulous, irreplaceable joy. She was beloved as a person and an actress, and managed to be approachable, glamorous and heartbreaking. She’ll be missed, celebrated and adored.”

But Lansbury’s widest fame began in 1984 when she launched “Murder, She Wrote” on CBS. Based loosely on Agatha Christie’s Miss Marple stories, the series centered on Jessica Fletcher, a middle-aged widow and former substitute school teacher living in the seaside village of Cabot Cove, Maine. She had achieved notice as a mystery novelist and amateur sleuth.

“I was shocked when I learned that I had to work 12-15 hours a day, relentlessly, day in, day out,” she recalled. “I had to lay down the law at one point and say ‘Look, I can’t do these shows in seven days; it will have to be eight days.’”

CBS and the production company, Universal Studio, agreed, especially since “Murder, She Wrote” had become a Sunday night hit. Despite the long days — she left her home at Brentwood in West Los Angeles at 6 a.m. and returned after dark — and reams of dialogue to memorize, Lansbury maintained a steady pace. She was pleased that Jessica Fletcher served as an inspiration for older women.

“Women in motion pictures have always had a difficult time being role models for other women,” she observed. “They’ve always been considered glamorous in their jobs.”

In the series’ first season, Jessica wore clothes that were almost frumpy. Then she acquired smartness, Lansbury reasoning that, as a successful woman, Jessica should dress the part.

“Murder, She Wrote” stayed high in the ratings through its 11th year. Then CBS, seeking a younger audience for Sunday night, shifted the series to a less favorable midweek slot. Lansbury protested vigorously to no avail. As expected, the ratings plummeted and the show was canceled. For consolation, CBS contracted for two-hour movies of “Murder, She Wrote” and other specials starring Lansbury.

In a 2008 Associated Press interview, Lansbury said she still welcomed the right script but did not want to play “old, decrepit women,” she said. “I want women my age to be represented the way they are, which is vital, productive members of society.”

“I’m astonished at the amount of stuff I managed to pack into the years that I have been in the business. And I’m still here!”

She was given the name Angela Brigid Lansbury when she was born in London on Oct. 16, 1925. Her family was distinguished: a grandfather was the fiery head of the Labour Party; her father the owner of a veneer factory; her mother a successful actor, Moyna MacGill.

“I was terribly shy, absolutely incapable of coming out of my shell,” Lansbury remembered of her youth. “It took me years to get over that.”

The Depression forced her father’s factory into bankruptcy, and for a few years the family lived on money her mother had saved from her theater career. Angela suffered a shattering blow when her beloved father died in 1935. The tragedy forced her to become self-reliant — “almost a surrogate husband to my mother.”

When England was threatened with German bombings in 1940, Moyna Lansbury struggled through red tape and won passage to America for her family. With the help of two sponsoring families, they settled in New York and lived on $150 a month. To add to their income, Angela at 16 landed a nightclub job in Montreal doing impersonations and songs.

“The only thing I ever had confidence in is my ability to perform,” she said. “That has been the grace note in my sonata of life, the thing that has absolutely seen me through thick and thin.”

Moyna moved the family to Hollywood, hoping to find acting work. Failing that, she and Angela wrapped packages and sold clothing at a department store. An actor friend suggested Angela would be ideal for the role of Sybil Vane in “The Picture of Dorian Gray,” which was being prepared at MGM. She tested, and studio boss Louis B. Mayer ordered: “Sign that girl!”

She was just 19 when her first film, “Gaslight,” earned her an Oscar nomination, but MGM didn’t know what to do with the new contract player. She appeared as Elizabeth Taylor’s older sister in “National Velvet,” Judy Garland’s nemesis in “The Harvey Girls,” Walter Pidgeon’s spiteful wife in “If Winter Comes” and Queen Anne in “The Three Musketeers.”

Tired of playing roles twice her own age, she left MGM to freelance but the results were much the same: the mother of Warren Beatty in “All Fall Down,” of Elvis Presley in “Blue Hawaii,” of Carroll Baker in “Harlow,” and of Laurence Harvey in “The Manchurian Candidate,” in which she unforgettably manipulates her son and helps set off a killing spree.

In the mid-1940s, Lansbury had a disastrous nine-month marriage to Richard Cromwell, a soulful young star of the 1930s. In 1949, she married Peter Shaw, a Briton who had been under an acting contract to MGM, then became a studio executive and agent. He assumed the role of Lansbury’s manager. They had two children; he had a son by a previous marriage.

The 1950s were a troubled time for the Shaws. Angela’s career slowed down; her mother died after a battle with cancer; Peter underwent a hip operation; the children were on drugs; the family house in Malibu burned to the ground.

Lansbury later said of the fire: “It’s like cutting off a branch, a big, luscious branch of your life and sealing it off with a sealer so it doesn’t bleed, That’s what you do. That’s how the human mind deals with those things. You have to pick up the pieces and go on.”

Weary of 20 years of typecasting, Lansbury tried her luck on Broadway. Her first two shows — “Anyone Can Whistle” and “Hotel Paradiso” (with Bert Lahr) — flopped.

The opening on May 24, 1966, was a sensation. One critic wondered that “the movies’ worn, plump old harridan with a snakepit for a mouth” could turn out to be “the liveliest dame to kick up her heels since Carol Channing in ‘Hello, Dolly.‘”

After her “Sweeney Todd” triumph, Lansbury returned to Hollywood to try television. She was offered a sitcom with Charles Durning or “Murder, She Wrote.” The producers had wanted Jean Stapleton, who declined. Lansbury accepted.

During the series’ long run, she managed to star in TV movies, to be host of Emmy and Tony shows and even to provide the voice for a Disney animated feature. She played Mrs. Potts in “Beauty and the Beast” and sang the title song. “This was really a breakthrough for me,” she said of her young following. “It acquainted me with a generation that I possibly couldn’t have contacted.”

In 2000, Lansbury withdrew from a planned Broadway musical, “The Visit,” because she needed to help her husband recover from heart surgery. “The kind of commitment required of an artist carrying a multimillion-dollar production has to be 100%,” she said in a letter to the producers.