We Are Sad To Say Goodbye To The Great Leslie Jordan 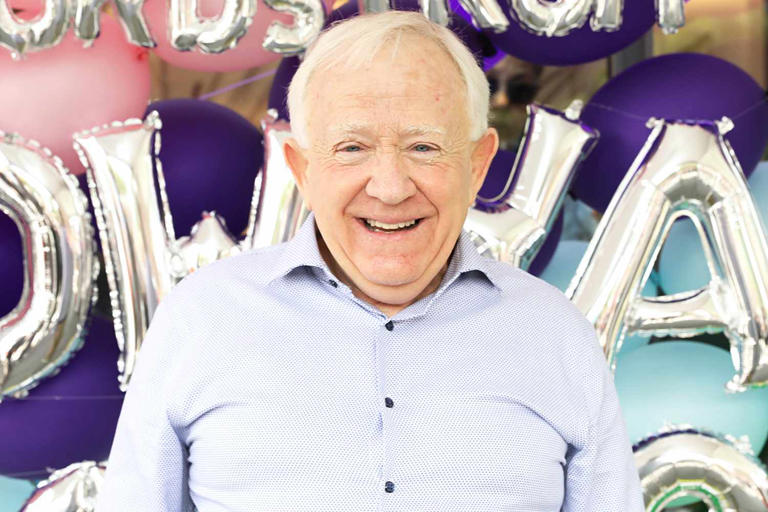 As reported by The Blast, MLC

The entertainment world is still reeling from the unexpected death of “Will & Grace” star Leslie Jordan.

The actor died unexpectedly after suffering a medical emergency behind the wheel of his car. This emergency made him lose control of his BMW and he tragically crashed into the side of a building in Los Angeles.

His official cause of death is still to be determined by the coroner’s report. The Blast learned Leslie’s body is with the Los Angeles County Coroner’s office.

An examination is pending, but Leslie was pronounced dead on the scene at 9:38 AM.

His car crashed on Cahuenga Boulevard south of Romaine Street in LA.

Since his death, many celebrities and organizations have mourned the loss of such a special human being.

His ‘W&G’ co-star, Megan Mullally who played his arch-nemesis Karen Walker on the sitcom penned a heartfelt tribute to her late friend.

“My heart is breaking. i really can’t believe it. Leslie Jordan was, hands down, one of the greats. people use that expression a lot, and i’m not sure it’s always applicable. there aren’t that many people who are truly great at anything. but leslie was flawlessly funny, a virtuoso of comedy. his timing, his delivery, all apparently effortless. you can’t get any better than that.
and what a friendly, fun-loving, dear person. i was just with him last month,” she wrote.

“The prestigious national book festival was showcasing leslie and his best-selling book in washington d.c., and he’d asked me to come interview him for his event. i’d done my prep, but it was all completely unnecessary, of course, as i just had to barely unleash him and he went off on a series of absolutely hilarious stories that had the very large audience in hysterics for a solid hour. off-stage, he was so relaxed and happy, there with his best friend mike,” Mullally’s tribute continued. “He truly seemed so happy. how brilliant it was that millions of people were able to discover the real leslie and his love of life and unparalleled story-telling abilities on instagram. he had so much to share, and it meant so much to him that finally he’d found a vehicle through which to share it. he was absolutely unique. one of a kind. thank you to all of his fans! he really loved you all and was so genuinely appreciative of you.”

Mullally expressed her deep gratitude for the time they got to spend together and for the memories they made while working on “Will & Grace.”

“I’m so so glad that i got to spend some time with leslie that day before and after the event, just us, catching up. i felt such a deep affection for him that day; he was so warm and present and darling. as we were leaving, i got a couple more big hugs and told him i loved him, as usual. so glad! what a gift! and so. love you, leslie. miss you already. and one thing i know for sure… there will never ever be another you,” she concluded.

“Leslie Jordan was a multi-talented entertainer who charmed audiences for decades with heartfelt characters on-screen and passionate LGBTQ advocacy off-screen. Jordan also became one of today’s most unexpected social media stars, and we will deeply miss the many laughs and messages of positivity he shared with his millions of followers,” said Sarah Kate Ellis, President & CEO, GLAAD. “He was a loyal friend to so many LGBTQ organizations including GLAAD, most recently hosting our San Francisco Gala in 2018 and was a true class act when it came to sharing his platform and celebrity to help raise awareness and funds for our work to accelerate acceptance for the LGBTQ community. As someone who was very proud of their Tennessee roots, he made it a priority to help increase visibility for LGBTQ for people in the South by participating in The Concert for Love & Acceptance and serving as Grand Marshal at the Nashville AIDS Walk last year.”

“Crushed to learn about the loss of @thelesliejordan, the funniest and flirtiest southern gent I’ve ever known. The joy and laughter he brought to every one of his #WillandGrace episodes was palpable. Gone about 30 years too soon. You were loved sweet man. 💔,” McCormack wrote.