US Announces $30 Million Investment for Jamaica 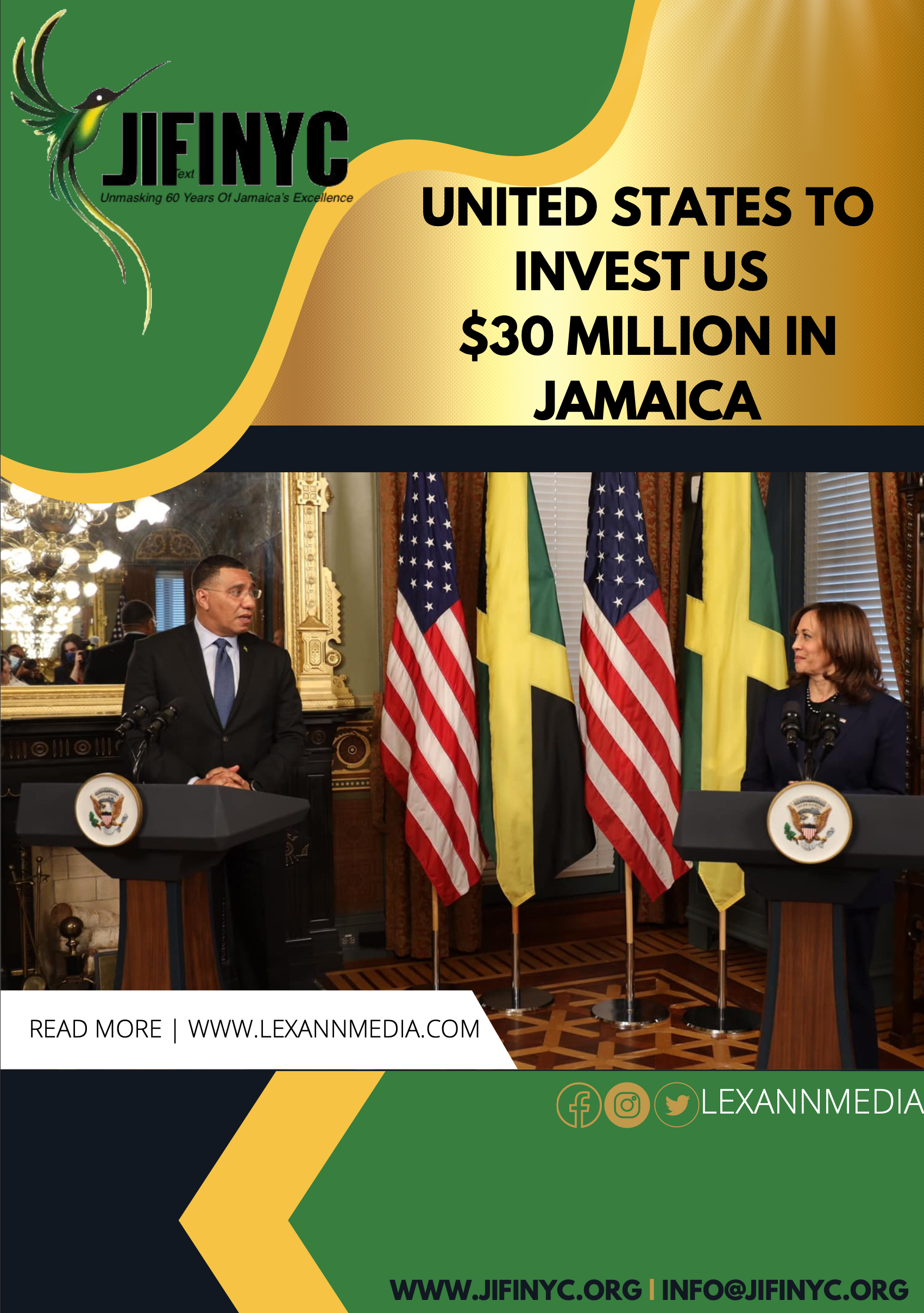 Agreement secured after meeting between Hon. Prime Minister Holness, and US Vice-President Harris

Jamaica is set to benefit from investments of US$30 million from the United States (US).

The development follows a meeting between US Vice President, Kamala Harris, and Prime Minister, the Most Hon. Andrew Holness, at the White House on Wednesday (March 30).

The investment by the US government includes US$20 million to boost commerce between the two nations, and a further US$10 million to address human capital development and violence reduction for at-risk youth.

Prime Minister Holness said that the areas of cooperation discussed by himself and the Vice President included violence prevention through intelligence and information-sharing and investment in violence reduction programmes, targeting at-risk youth; human capacity development, particularly in relation to cybersecurity and digital technology; and regional energy security and infrastructure.

He said that Vice President Harris has also committed further support for the health sector and the country’s coronavirus (COVID-19) recovery efforts.

The Vice President expressed agreement for the establishment of a working group between Jamaica and the US to discuss issues unique to the island and to continue dialogue.

He is accompanied by the Minister of Foreign Affairs and Foreign Trade, Senator the Hon. Kamina Johnson Smith; Jamaica’s Ambassador to the US, Audrey Marks; and Finance and the Public Service Minister, Dr. the Hon. Nigel Clarke.

The Prime Minister will have high-level congressional meetings with Senate Majority Leader, Charles Schumer, and Chairman of the Senate Foreign Relations Committee, Senator Robert Menendez and members of the Committee.

House Foreign Affairs Committee Chairman, Gregory Meeks, will also host a meeting for the Prime Minister with members of the body.

He will also address members of the Washington DC Press at the National Press Club.

Prime Minister Holness will be the special guest at the ‘Lets Connect with Ambassador Marks’ online town hall meeting, on Friday at 7:00 p.m. EDT, where he is expected to highlight the island’s development at 60 years of Independence and outline the efforts being made to facilitate expanded diaspora participation in the economy.

While in Washington DC, Prime Minister Holness will also meet with Embassy staff as well as members of the Jamaica Central Labour Organization, which oversees the US farm-work programme.

The Prime Minister is expected to return to the island on April 3, 2022