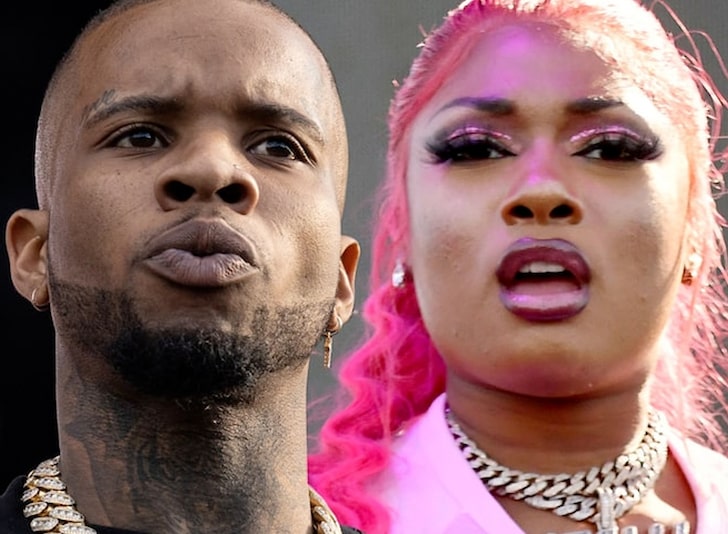 Tory Lanez was handcuffed in court and had his bail increased after a judge ruled he violated the protective order in his case with Meg Thee Stallion for talking about her on social media.

The Canadian rapper had a hearing Tuesday in L.A. where he was remanded into custody of the Sheriff’s Department, and the judge set his bail at $350K. Prosecutors had requested he be held without bail, or at least set it at $5 million.

The judge said Tory’s tweet, where he directly addressed Meg as “U” was a violation of a protective order — he’s not supposed to contact or mention her at all. Tory fired off that tweet back in February when he said, “Good d*** had me f***ing 2 best friends … and I got caught … that’s what I apologized for … it’s sick how u Spun it tho …”

Prosecutors also voiced concern about a tweet from DJ Akademiks from February which read, “BREAKING: It was revealed in court few moments ago that Tory Lanez DNA WAS NOT found on the weapon in the Meg Thee Stallion case.”

The prosecution believes that info was given to Ak from Tory’s team. However, Tory’s attorney, Shawn Holley, said that wasn’t possible, because DJ Akademiks’s initial tweet was wrong … Tory’s DNA wasn’t on the magazine, and a sample from the gun was inconclusive.

About 15 minutes after posting his initial tweet, Ak posted a new one which reflected the inconclusive finding.

Of course, this all pertains to Tory’s felony assault case … stemming from charges that he allegedly fired a gun in her direction and caused her great bodily harm, to which he’s pled not guilty.