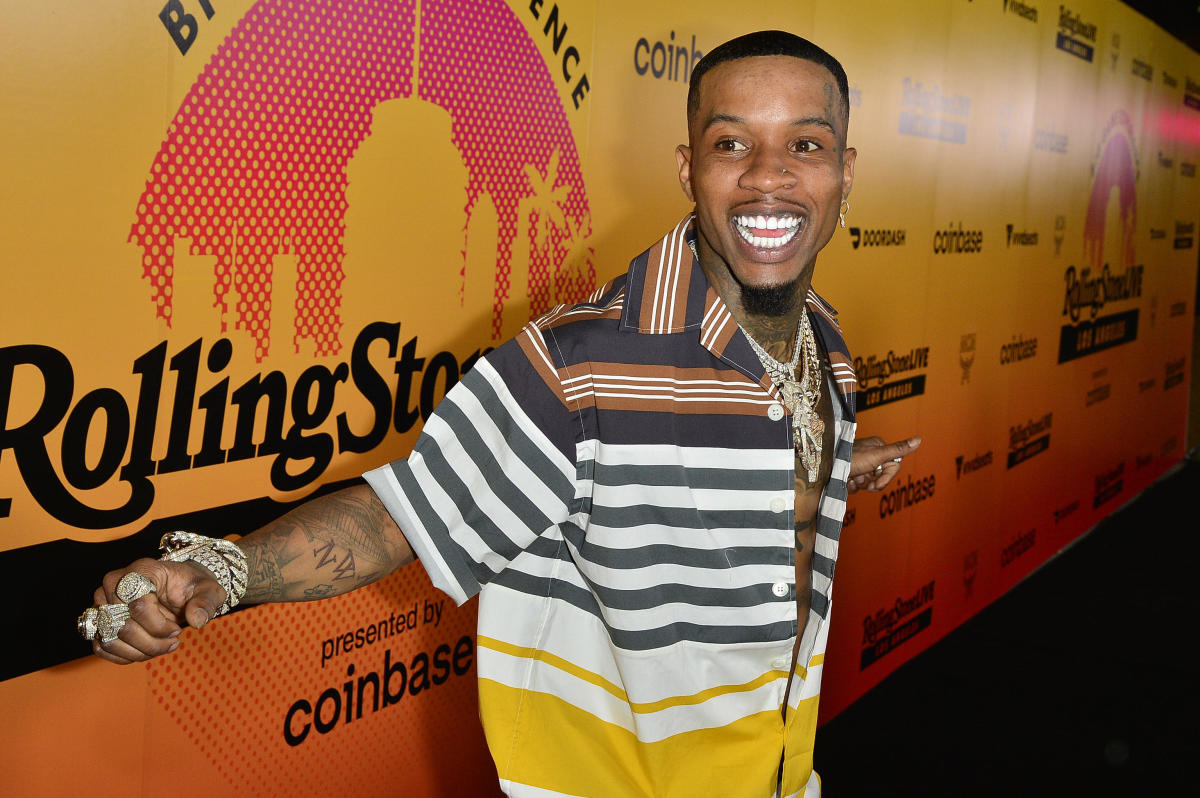 Tory Lanez was reportedly detained at a Las Vegas airport over the weekend after Transportation Security Administration (TSA) agents allegedly found marijuana on his person, according to TMZ.

The rapper, 29 — whose real name Daystar Shemuel Shua Peterson — was allegedly detained at the travel hub early on Sunday morning when authorities reportedly found a “large” amount of weed in one of his bags, the outlet reported.

After being temporarily detained, per TMZ, Lanez was allowed to leave without the marijuana he was carrying.

A representative for Lanez and Las Vegas police, as well as the Harry Reid International Airport in Las Vegas, did not immediately respond to PEOPLE’s request for comment.

After his alleged detainment, Lanez shared a series of posts on his Instagram Story promoting a gig that he later booked for that same night at the Drai nightclub at Caesar’s Palace.

Lanez’s reported detainment on Sunday comes nearly a month after the musician was taken into custody and later released on bond for violating court orders tied to the shooting incident he was allegedly involved in with Megan Thee Stallion in July 2020.

The “Say It” rapper is prohibited from contacting Megan, 27, or disclosing any new developments in the case to outside parties.

Lanez, who will appear in court again in September, allegedly violated the order against him by posting directly about Megan on social media and by discussing DNA evidence with a third-party Twitter user.

The artist was previously arrested and charged at the time with carrying a concealed firearm in the car, before getting released on $35,000 bail later that day.

In August 2020, Megan spoke about the incident and named Lanez as her shooter during an Instagram Live stream. In October 2020, Lanez was charged with one felony count each of assault with a semiautomatic firearm, personal use of a firearm, and carrying a loaded, unregistered firearm in a vehicle.