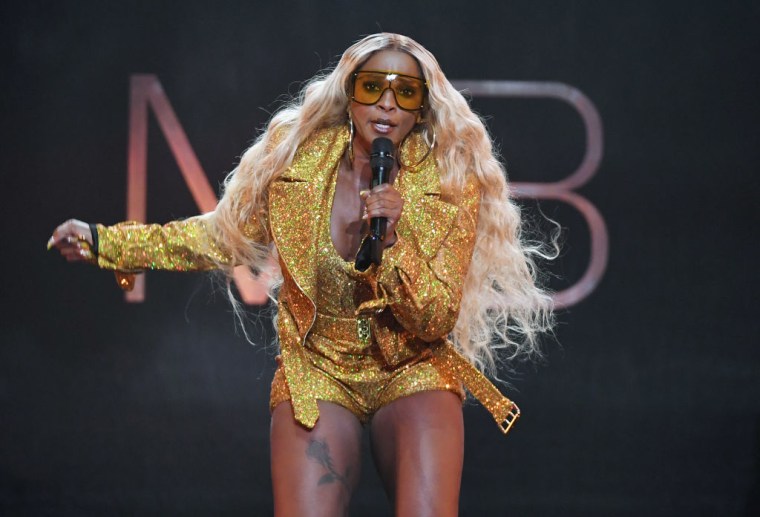 Among the overall 16 nominees’ seven female contenders are the Go-Go’s, 40 years after the release of their landmark debut Beauty and the Beat. Controversially, the Go-Go’s have never been nominated before, despite making history when Beauty and the Beat became the first — and to date, still only — album by an all-female band that wrote all their songs and played all their instrument to go to No. 1 on the Billboard 200.

Other female nominees include two other first-timers, Queen of Hip-Hop Soul Mary J. Blige and current queen of Twitter Dionne Warwick, as well as Tina Turner, Kate Bush, Chaka Khan, and Carole King. Incredibly, Turner is only currently in the Rock & Roll Hall of Fame with her late ex-husband, Ike, and King is only in as a non-performer (with her late former husband and songwriting partner, Gerry Goffin); if Turner and King are inducted, they’ll be the second and third female artists to enter the Hall twice, following the Class of 2019’s Stevie Nicks.

The other first-time nominees on this year’s shortlist are hip-hop mogul Jay-Z, late Afrobeat pioneer Fela Kuti, first-wave British metal band Iron Maiden, and the Foo Fighters; if the latter were to get in, it would be the second induction for frontman Dave Grohl, who entered the Hall in 2014 as a member of Nirvana. The Foos and Jay-Z are the only Class of 2021 nominees to appear on the ballot in their first year of eligibility. (Each nominee’s first single or album had to have been released in 1995 or earlier.)

Rounding out the ballot are new wave trailblazers Devo, old-school rapper LL Cool J, political ‘90s alt-rockers Rage Against the Machine, glam-rockers the New York Dolls, and prog/powerpop songwriter and producer Todd Rundgren (who produdced the New York Dolls’ 1973 debut album), all of whom have been nominated before. The Dolls’ bittersweet second nomination comes less than a month after the death of founding band member Sylvain Sylvain, whose 70th birthday would have been this Sunday. The lone surviving original New York Doll is singer/actor David Johansen (better known to some as Buster Poindexter), who is set to take part in a live-stream tribute to Sylvain this weekend.

The Go-Go’s’ longtime snubbing by the Rock Hall was addressed in their acclaimed 2020 self-titled documentary, with lead singer Belinda Carlisle speculating that they’d been overlooked because they once complained to Hall co-founder and Rolling Stone magnate Jann Wenner about their sexist Rolling Stone cover. (Wenner stepped down as Rock Hall chairman and was replaced by Sykes in 2020 — a development that industry pundits presumed would lead to more diverse future ballots.) While promoting The Go-Go’s last year during a Yahoo Entertainment interview, Carlisle said, “I do think [the Hall’s powers-that-be] don’t like us — which is fine, you don’t have to like the music, but you can’t really dispute the fact that we were the first of our kind.” At that time, Carlisle said she would probably skip the Hall ceremony if the Go-Go’s ever did get in (“I don’t go in for the corporate thing. I think it’s too little too late, actually”), but suggested Patti Smith or Blondie’s Debbie Harry to induct the group. Go-Go’s bassist Kathy Valentine seemed more hopeful about the Go-Go’s’ chances, telling Yahoo, “I really like the people that are running the Rock Hall now, and I know that they’re advocating for us. I think it’s a matter of time.”

They still got the beat! The Go-Go’s original members, Belinda Carlisle and Charlotte Caffey, look back at their career and discuss their new music documentary, “The Go-Go’s,” airing July 31, 2020 on Showtime.

The top Rock & Roll Hall of Fame vote-getters will be announced in May, with the induction ceremony taking place this fall in Cleveland. Fan voting is open now on the Rock Hall’s website.