The Duke and Duchess of Sussex (Harry and Meghan) are expecting baby #2 and the Palace joined and shared their congratulations. 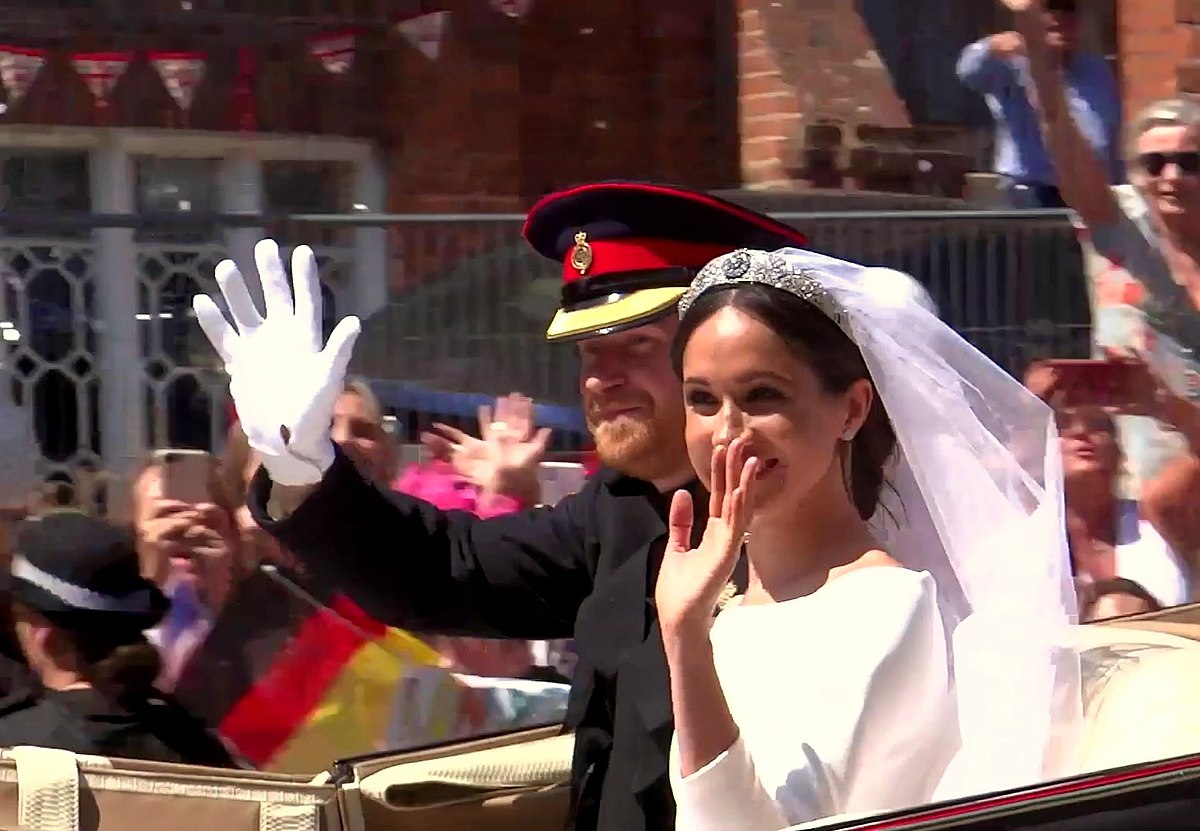 The Duke and Duchess of Sussex are expecting their second child, a spokesperson for the couple has said.

Harry and Meghan are preparing to welcome a brother or sister for their son Archie Mountbatten-Windsor, who turned one last May.

A spokesperson for the couple said they were “overjoyed”.

A Buckingham Palace spokesman said the Queen, Duke of Edinburgh, Prince of Wales and the rest of the Royal Family “are delighted and wish them well”.

Harry and Meghan shared a black and white picture of themselves under a tree, with Harry resting his hand on Meghan’s head as she cradles her bump.

Their child will be eighth in line to the throne.

Meghan’s due date has not been revealed, but her bump appeared prominent in the photograph.

The news comes after the duchess said in November that she had suffered a miscarriage last July, writing in an article of feeling “an almost unbearable grief”.

A spokesperson for the Duke and Duchess of Sussex said: “We can confirm that Archie is going to be a big brother.A

“The Duke and Duchess of Sussex are overjoyed to be expecting their second child.”

Misan Harriman, a friend of the Duke and Duchess of Sussex and the photographer who took the photo that accompanied their pregnancy announcement, tweeted: “Meg, I was there at your wedding to witness this love story begin, and my friend, I am honoured to capture it grow.

“Congratulations to The Duke and Duchess of Sussex on this joyous news!”

Harry and Meghan’s second child will be the Queen and the Duke of Edinburgh’s 10th or 11th great-grandchild depending on whether he or she arrives before or after Zara Tindall’s baby, which is also due in 2021.

They will follow the Prince of Wales, the Duke of Cambridge, Prince George, Princess Charlotte, Prince Louis, Harry, and Archie Mountbatten-Windsor in the line of succession.

But they will not be entitled, at this stage, to be an HRH nor a prince or a princess due to rules set out more than 100 years ago by George V.

The baby is entitled to be a Lord or a Lady. The Duchess of Sussex read the book Duck! Rabbit! to her son

Harry and Meghan met on a blind date, arranged by a mutual friend, and got engaged 16 months later.

The duchess had first found fame as an actress, playing Rachel Zane in US legal drama Suits, but gave up her career when she got married.

The Sussexes married in May 2018 in a ceremony at Windsor Castle and then a year later welcomed their first child, Archie, who was born on 6 May 2019.

Meghan and Harry quit their roles as senior working royals in March 2020, and now live in California.

This week, Meghan won a privacy case against Associated Newspapers (ANL), saying the damage the publisher had done “runs deep”. She had brought a claim against ANL, publisher of the Mail on Sunday and MailOnline, over the publication of extracts from a letter to her father.