The Best, Worst, and Most Surprising Moments of the 2022 MTV VMAs 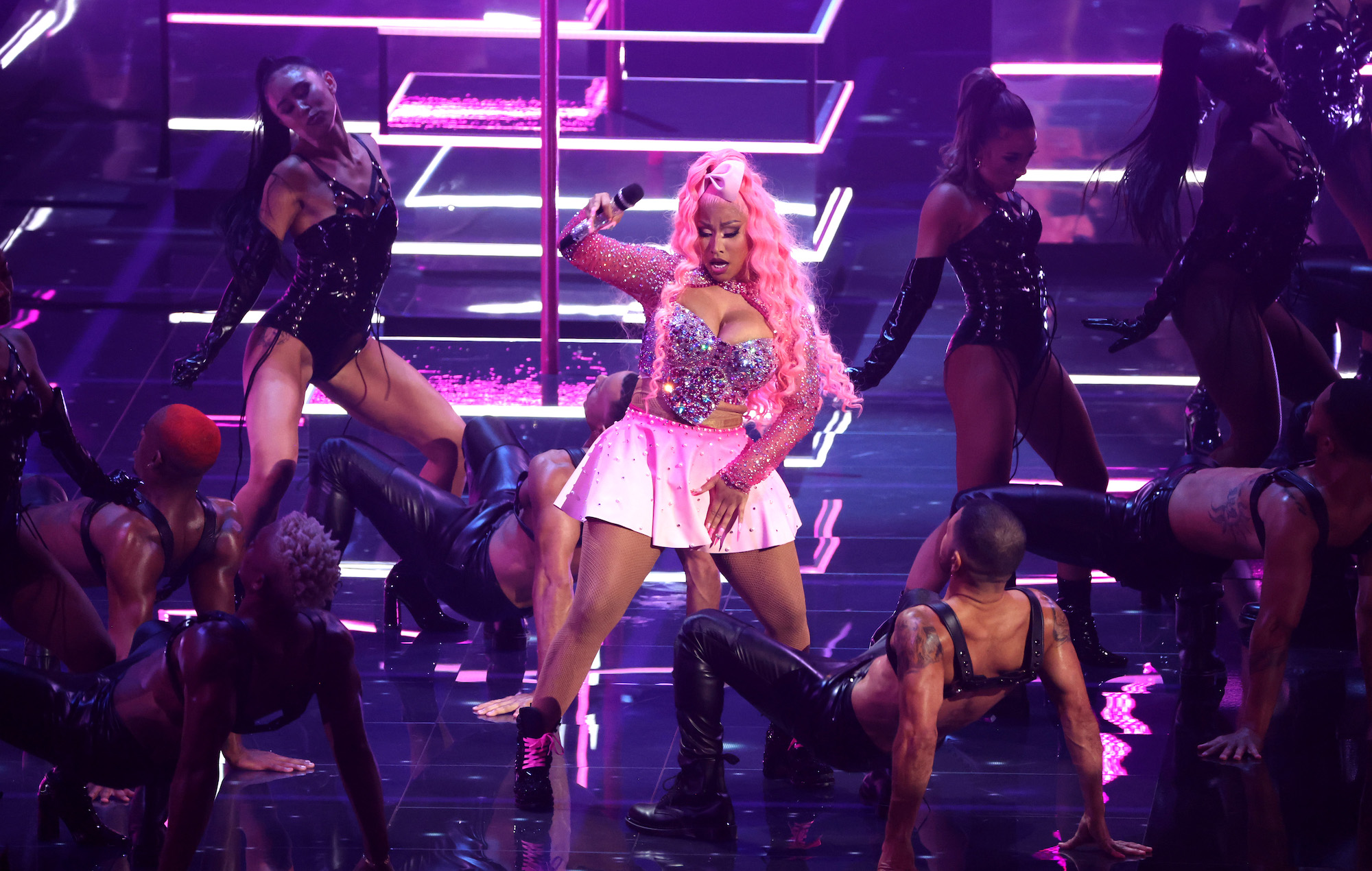 Some of the most iconic moments in pop music history have taken place at MTV’s Video Music Awards—from Britney and Madonna’s memorable kiss (2003) to Kanye West stealing Taylor Swift’s limelight (2009).

While the 2022 Video Music Awards—which took place Sunday at the Prudential Center in Newark, New Jersey — didn’t quite live up to that billing, there was nonetheless plenty of excitement as some of music’s biggest stars got together.

Johnny Depp made his first public (non)appearance since his controversial defamation trial against Amber Heard. Yung Gravy—a new rapper with a viral TikTok song—and his date sparked plenty of gossip. Performances from Blackpink and Nicki Minaj brought the house down.

Here are some of the best, worst, and most surprising moments of the 2022 MTV Video Music Awards:

While accepting the award for “Video of the Year,” Taylor Swift told her fans that she’d be releasing a new album on Oct. 21, 2022—and revealing more details after the show. Exactly at midnight, she announced the release of “Midnights,” which she describes as a “collection of music written in the middle of the night, a journey through terrors and sweet dreams.” Twitter erupted into chaos, and the phrase “meet me at midnight” began trending.

Media outlets were reporting that the embattled actor would show up at the awards—whether in person or via video—in his first public appearance since his high-profile defamation lawsuit against his former wife, Amber Heard. And he did, in a manner of speaking. His pre-recorded face was projected onto the helmet of a large version of the “Moon Person” statuettes that are given out at the VMAs. In this virtual form, he welcomed viewers back after two commercial breaks.

Former Disney starlet Dove Cameron has been working hard to step out of the entertainment behemoth’s shadow, and it seems the work is paying off. She’s been showing off her musical theater chops in productions like Hairspray! Live, The Light in the Piazza in London, and an off-broadway production of Clueless. This year’s “Best New Artist” category was stacked with well-known musicians who’ve had bigger success than Cameron, such as Måneskin, Baby Keem, Latto, Gayle, and SEVENTEEN—but she beat them all and dedicated her award to “all the queer kids out there.”

Most Talked About Date: Yung Gravy and Sheri Easterling

Viral rapper Yung Gravy has been having his moment, with the success of the TikTok-propelled “Betty (Get Money)” a 2’26” slab of pop that irresistibly samples Rick Astley’s 1987 smash “Never Gonna Give You Up.” The rapper performed his hit during the pre-show, and he was seen kissing his date—fellow TikToker Addison Rae’s mom Sheri Easterling—on the black carpet. During his pre-show interview, he raised some eyebrows when he called Easterling “the queen of MILFS.”

This year’s Video Vanguard Award honoree, Nicki Minaj, took the stage to perform a medley of the greatest moments throughout her career. From “Moment 4 Life” to her latest release, “Super Freaky Girl,” the Queens native stunned the crowd with snippets from her incredible back catalog.

The K-pop quartet Blackpink is gearing up for its second studio album, Born Pink, due out on September 16. To prepare, the girls took the VMAs stage to perform the first single due off the album, “Pink Venom.” It was their first performance at a U.S. awards show—and one of the best performances of the night.

Reggaeton star Bad Bunny invited the MTV VMAs to his show at the Yankee Stadium in New York City, where he performed “Titi Me Preguntó.” During the song, he kissed one of his male backup dancers, and people immediately began comparing it to the iconic Madonna and Britney Spears kiss.

We the people are kindly begging the crypto powers that be to stop force-feeding us metaverse performances. At the VMAs, Snoop Dogg and Eminem performed their collaboration, “From the D 2 The LBC,” starting out on the main stage before diving headfirst into the metaverse, with digital renderings of the artists and Bored Ape Yacht Club apes. It smacked of belated bandwagon jumping, and hopefully won’t become a way for artists to do even less than the bare minimum when it comes to live performances.

Fergie has laid low the past couple of years and hasn’t been seen at the VMAs for quite some time. When Jack Harlow sampled her 2006 hit “Glamorous,” interest renewed in the 16-year-old song. As a sign of respect to the former Black Eyed Peas member, he invited her on stage, and they sang both songs together before a roaring crowd. (Harlow clearly enjoys getting big name back-up for his awards show performances, having brought out Brandy during his BET performance in June.)