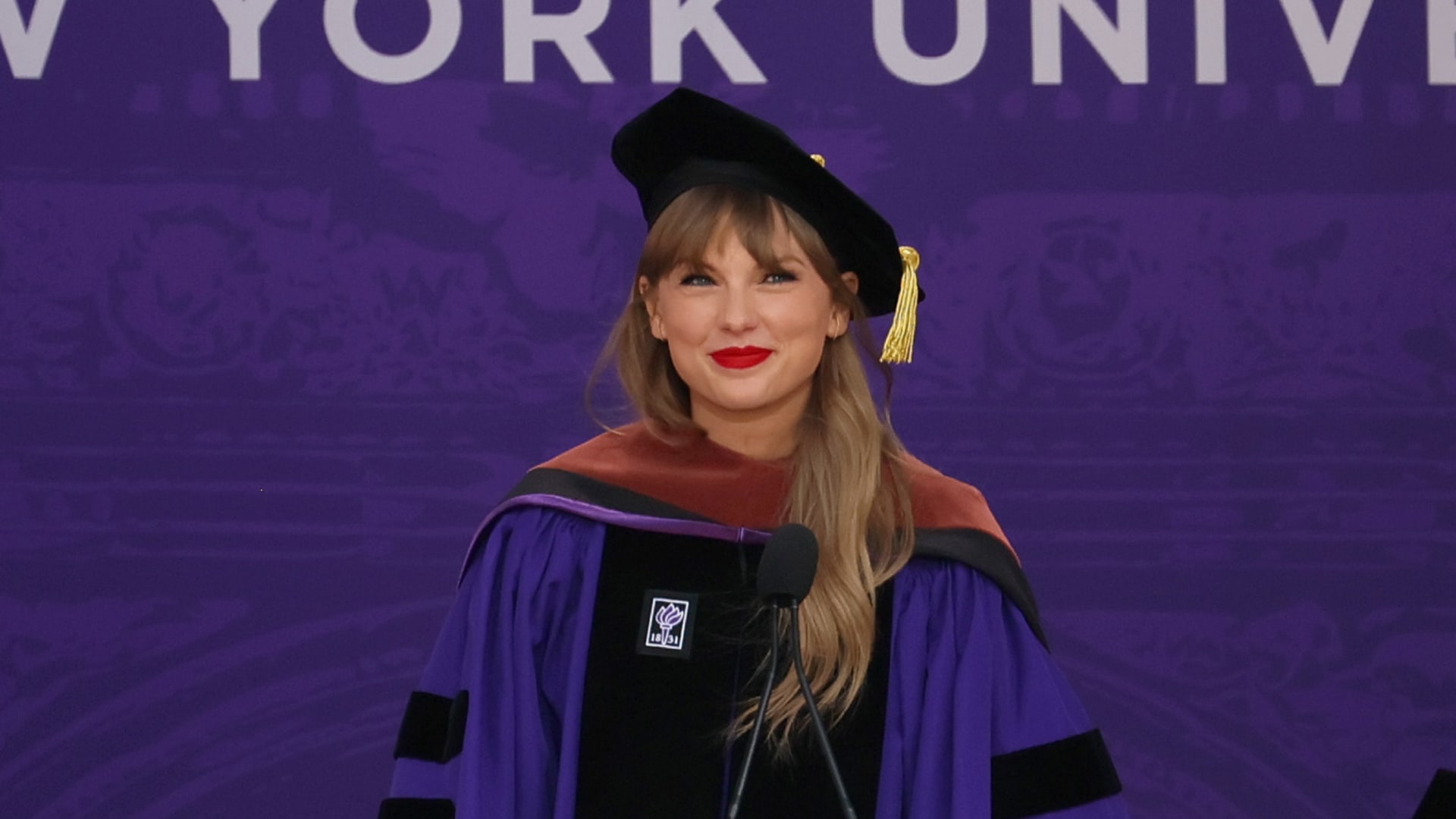 Taylor Swift gave the commencement address Wednesday at New York University … and there was an undercurrent to her talk that very subtly takes a shot at cancel culture.

Yankee Stadium was packed to the gills as Taylor took the stage and mused, she’s now a doctor … after receiving an honorary degree … she cautioned folks not to make her the go-to in an emergency.

Then she launched into her speech, which was all about her and her life. You could pass it off as somewhat self-indulgent, but there’s a theme that seems to challenge cancel culture.

She talks about her cringeworthy moments over the years, and then drops undeniable knowledge on the grads … that everyone has cringe moments in their life. It could be as superficial as the clothes you once wore — something she talks about — but it can go deeper — much deeper.

Taylor says everyone makes mistakes, and she’s always grown from hers and made her life better.

ne way to look at this … we have to tolerate mistakes and allow people to grow, not shelve them. As she said, there were reporters who suggested to her she might end up in pop star jail … pop star jail is a form of cancel culture.

In any event, the crowd ate it up. BTW … there’s a class at NYU specifically on T.S.’s music.