Social Security Recipients Get 8.7% Cost-of-Living Increase, The Highest In More Than 40 Years 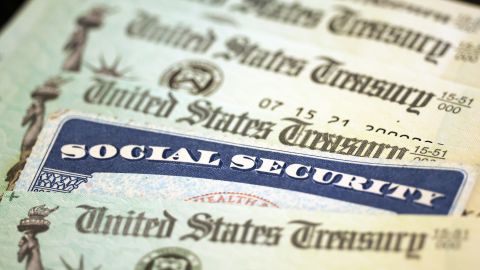 As reported by Tami Luhby, CNN

Social Security recipients will receive an annual cost-of-living adjustment of 8.7% next year, the largest increase since 1981, the Social Security Administration announced Thursday.

The hefty increase, which follows a 5.9% adjustment for this year, is aimed at helping Social Security’s roughly 70 million recipients contend with the high inflation that’s been plaguing the US since last year.

“Will the COLA be enough to keep up with inflation? It’s too early to say,” said Mary Johnson, Social Security and Medicare policy analyst at The Senior Citizens League, an advocacy group. “It depends on what inflation is going to do from October onwards.”

The adjustment is the highest that most current beneficiaries have ever seen, but that’s because it is based on an inflation metric from August through October, which is also around 40-year highs.

A related metric, the Consumer Price Index, increased 8.2% in September, compared with a year ago, the Bureau of Labor Statistics announced Thursday.

Senior citizens will also see their Medicare Part B premiums drop in 2023, the first time in more than a decade that the tab will be lower than the year before, the Centers for Medicare and Medicaid Services announced last month.

It’s only the fourth time that premiums are set to decline since Medicare was created in 1965.

“This is a once-in-a-retirement event,” said Johnson. “We have a historically high COLA, and at the same time, Part B premiums are going down next year.”

A key driver of the 2022 hike was a projected jump in spending due to a costly new drug for Alzheimer’s disease, Aduhelm. However, since then, Aduhelm’s manufacturer cut the price and CMS limited coverage of the drug.

Also, spending was lower than projected on other Part B items and services, which resulted in much larger reserves in the Part B trust fund, allowing the agency to limit future premium increases.

The combination of the large Social Security adjustment and the reduction in Medicare premiums for 2023 “will give seniors more peace of mind and breathing room,” said Kilolo Kijakazi, acting commissioner of the Social Security Administration.

Despite the annual increases, benefits have not kept up with the rising cost of living for years.

As of March, inflation has caused Social Security payments to lose 40% of their buying power since 2000, according to a study released earlier this year by The Senior Citizens League. Monthly benefits would have to increase by $540 to maintain the same level of buying power as in 2000.

The league saw a spike in emails from seniors who said they were struggling to afford food, housing and other necessities starting in the summer of 2021, Johnson said. Some said they were down to one meal a day or were being evicted from their homes.

Though he is happy to get the annual adjustment, Richard Moore sees it as “insignificant” since the cost of food, home heating oil and other necessities have shot up.

Compounding the problem is that both Moore and his wife, Linda, have to take very expensive medications, and their retirement savings have been “clobbered” by the steep decline in the stock market.

“It’s really a trivial increase as far as I’m concerned because right now, my expenses are much greater than my income,” said Moore, 84, who lives in Fishkill, New York, and worked as an electrical engineer at IBM.

Madeline Heller relies on Social Security, alimony and a small pension from her days as a teacher. Her limited funds have forced her to clip coupons, only buy what she absolutely needs and think twice about any extra purchases. She’s looking to restart her career as an arbitrator or mediator but feels she’s being discriminated against because of her age.

The annual adjustment will provide her with roughly an extra $15 a month, the senior citizen calculates.

“I can buy two more loaves of bread?” the Santa Monica, California, resident asked sarcastically. “There’s nothing that this kind of increase is going to do for me or anybody.”

Though this year’s 5.9% increase was supposed to combat inflation, it is covering only half of the spike in Patty McCarthy’s monthly expenses. She’s getting about $60 more a month in Social Security benefits but is spending $120 more on food, gas and other necessary items.

Inflation is prompting the 67-year-old to apply for jobs stocking shelves at stores around her Mount Shasta, California, home, but so far she hasn’t gotten any responses.

“It’s plain scary. What do you have to cut back on next?” she said. “You know, retirement is supposed to be fun and easier than this. And it’s just not.”

The downsides of a large increase

The big annual adjustment could actually end up hurting some seniors, Johnson said.

For instance, the resulting increase in income could push them above the thresholds for certain government benefits, such as Medicare Extra Help, Medicaid, food stamps and rental assistance, leaving them eligible for less or no aid. Or they could have to pay more for their Medicare Part B premiums, which are adjusted for income.

Also, they could have to start paying taxes – or owe higher levies – on their Social Security benefits if their income rises above a certain level.

Plus, the increase could leave Social Security’s finances on even shakier ground. The combined trust funds that pay benefits to retirees, survivors and the disabled will be depleted by 2035 and only able to distribute roughly three-quarters of promised payments unless Congress addresses the program’s long-term funding shortfall, according to the most recent Social Security trustees’ report.