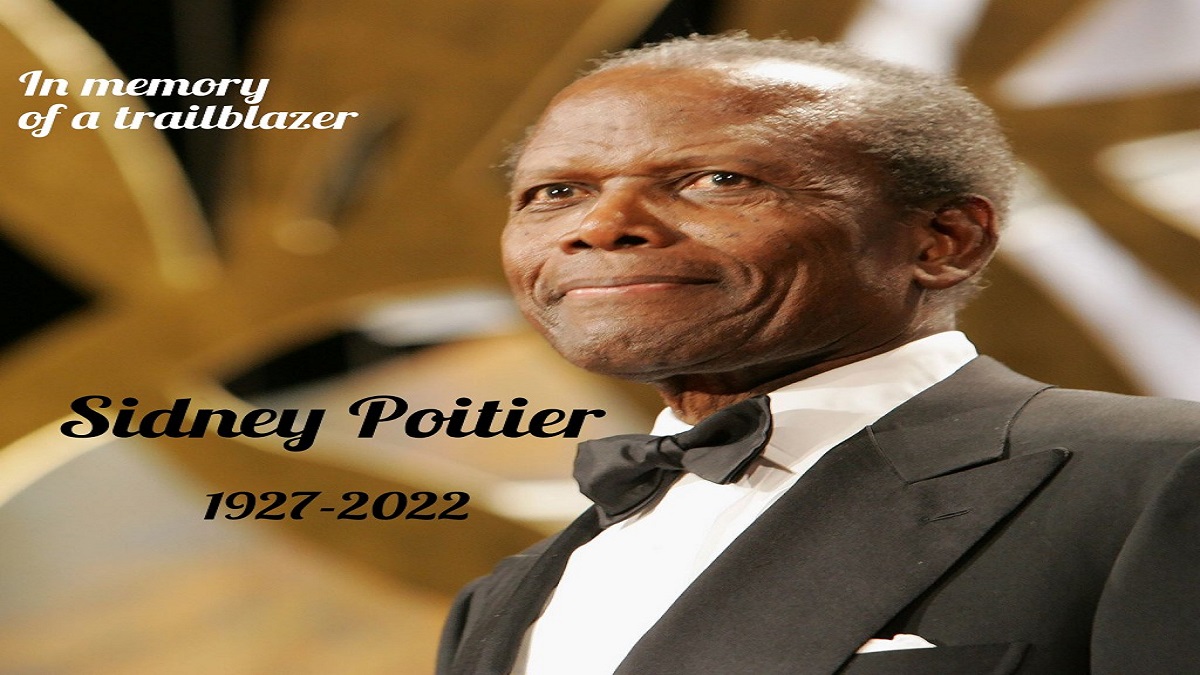 Sidney Poitier became the first Black man to win a Best Actor Oscar, for his role in 1963’s Lilies of the Field 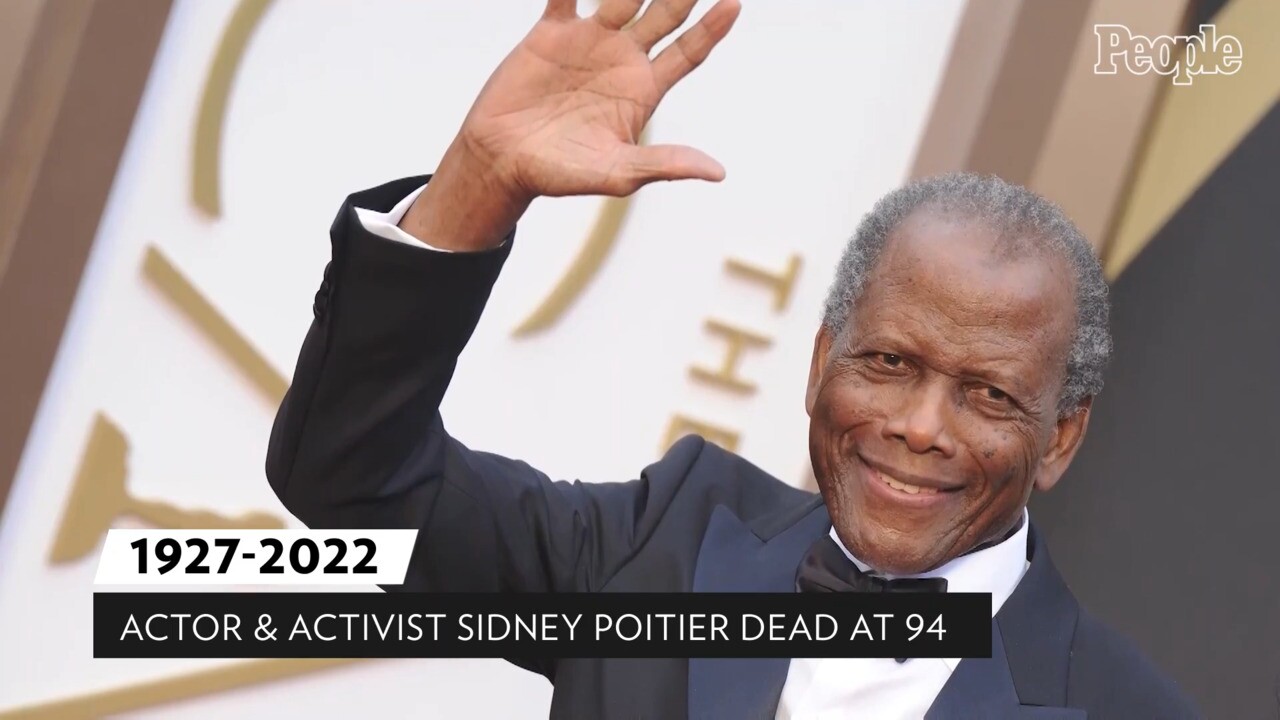 Sidney Poitier, the first Black man to win a Best Actor Oscar, has died. He was 94.

Clint Watson, press secretary for the Prime Minister of the Bahamas, confirmed to PEOPLE Friday that Poitier died Thursday evening.

With a staggering list of accolades, including an Academy Award, a Presidential Medal of Freedom and a knighthood, Poitier leaves behind an indelible legacy that extends far beyond his commanding screen presence.

Poitier’s own story, with its humble beginnings and remarkable twists of fate, rivals that of any of his movies. He was born two months premature in Miami in 1927, while his parents, Bahamian farmers Evelyn and Reginald Poitier, were in the country to sell tomatoes. The likelihood of his survival was so remote, his father returned home with a shoebox in which to bury the baby, the last of his many siblings.

Instead, young Poitier thrived, and within months, his parents returned home to their farm on Cat Island in the Bahamas. It was a rural homestead with no electricity, running water or paved roads, but it was paradise to the boy. After a stint in Nassau, he moved to Florida to live with his brother when he was 15. He eventually made his way to Harlem, washing dishes to earn a living.

For more on Sidney Poitier, listen to the latest episode of our daily podcast PEOPLE Every Day.

After serving in the Army, and between dishwashing gigs, Poitier joined the American Negro Theater, trading janitorial services for dramatic arts training. He eventually got enough notice to make it to Broadway, with a role in Lysistrata, kicking off his stage career.

Film success was slower in coming for Poitier, but a role in famed director Joseph L. Mankiewicz’s racially explosive drama No Way Out in 1950 cast Poitier as a noble African American taking a stand against bigotry.

In 1959, the year he starred in A Raisin in the Sun on Broadway, Poitier picked up his first Best Actor Oscar nod for his role in The Defiant Ones, opposite Tony Curtis. They played escaped convicts chained to each other, desperate to avoid capture.

Four years later, Poitier won the Best Actor Academy Award — the first Black man to do so — for his role in Lilies of the Field, as Homer Smith, a handyman building a chapel in the desert.

If any actor can be said to own the box office in a particular year, then 1967 was Poitier’s. He released three iconic films: To Sir With Love, In the Heat of the Night and Guess Who’s Coming to Dinner. They all explored race and class in provocative ways, with Sir casting Poitier as a teacher in a working-class, white London school. Dinner saw him waging a war of the heart opposite Katharine Hepburn and Spencer Tracy, as a Black man in love with a white woman (Katharine Houghton). It was remarkably timely, given the Supreme Court’s ruling that same year on interracial marriage in Loving v. Virginia.

But it was the groundbreaking 1967 film In the Heat of the Night where Poitier played his most iconic character: Det. Virgil Tibbs.

The story follows Tibbs as he waits for a train in Mississippi when he is unceremoniously arrested for murder. Soon, the police chief (Rod Steiger, who won an Oscar for his performance) learns that Tibbs is actually a hotshot Philadelphia detective, and an expert in homicide, and asks him to consult. The film’s racial tension mounts until the white suspect slaps Tibbs in the face. In a crucial moment, Tibbs returns the blow.

Poitier’s character was initially meant to walk away from the slap, not return it.

“You can’t do it,” Poitier declared to the film’s producer. “You certainly can’t do it with me.” The actor insisted on slapping the suspect back. “I go in front of a camera with a responsibility to be at least respectful of certain values,” Poitier told the Museum of Living History about the film. “My values are not disconnected from the values of the Black community.”

The actor made a rare public appearance in April 2017 to commemorate the 50th anniversary of the film.

His costar Lee Grant told PEOPLE at the time that Poitier’s powerful performance was not only critical to the film’s creative and commercial success, but it also made a major social impact on racial understanding across the country.

“It made a huge difference,” said Grant. “Norman Jewison’s films are like that. He knows what he’s doing. He’s a great filmmaker and a great concept person, and it was a very brave thing to do. But without Sidney … Sidney is a hero. He’s a hero.”

Poitier stayed true to his values offscreen, immersing himself into the Civil Rights Movement, hosting activist luminaries in his home with then-wife Juanita Hardy, whom he married in 1950 and divorced in 1965.

He ventured to the south with friend and fellow activist Harry Belafonte for Freedom Summer, marched in honor of the slain Air Force veteran James Meredith in 1966, and stood proud with Belafonte and Charlton Heston at the Rev. Dr. Martin Luther King’s 1963 March on Washington. He attended Dr. King’s funeral five years later.

Seeking to broaden the artistic license of actors, Poitier joined Barbra Streisand, Paul Newman, Steve McQueen and Dustin Hoffman to form the First Artists Production Company in 1969. He also began directing his own films for the company, including teaming up with Bill Cosby in the comedy classics Uptown Saturday Night (’74) and Let’s Do it Again (’75), and the earnest comedy/drama A Piece of the Action (’77).

But Poitier’s best-received directorial effort starred another comedy duo, Gene Wilder and Richard Pryor, in 1980’s Stir Crazy, in which the pair play wrongly convicted men who hatch a plan to break out of prison.

As Poitier began to reap accolades across the globe, from a Knight Commander of the Order of the British Empire in 1974 to an AFI Lifetime Achievement Award in 1992, a Kennedy Center Honors in 1995 and an honorary Oscar in 2002, he turned toward other artistic achievements including publishing three autobiographies and a novel, Montaro Caine (2013).

In a pronounced departure from his screen days, Poitier served as the Ambassador of the Bahamas to Japan from 1997 to 2007. He last appeared on screen in the 2001 TV movie The Last Brickmaker in America.

Poitier received the lifetime achievement award at the 2016 BAFTA Awards but was unable to travel to London to accept the award due to health concerns. Instead of crossing the pond, Jamie Foxx and one of Poitier’s daughters, Sydney Poitier, presented the actor his award at his Los Angeles home.

“Today my cup runneth over because I am here with my daughter and the future filmmakers of the world in celebration of this wonderful art form,” Poitier told the BAFTA audience via video. “I have been very lucky. I have tried to be a good human being, a good actor, a good director, a good filmmaker. My wife is with me here. My wife, my children and my friends have been keeping me on my feet. To my family, my life force, I am nothing without you. And all of you, thank you for your warm embrace and this extraordinary moment and memory I shall cherish.”

Months after receiving the honor, Poitier told PEOPLE his life’s greatest achievement was his family.

“My wife and children mean the most to me,” he told PEOPLE at the time. His wife, Joanna Shimkus, whom he married in 1976, quipped, “We’ve been together 49 years and I’m a good cook. I cook every night.”