Russia and the U.S. are Entering ‘dangerous and uncharted’ nuclear territory 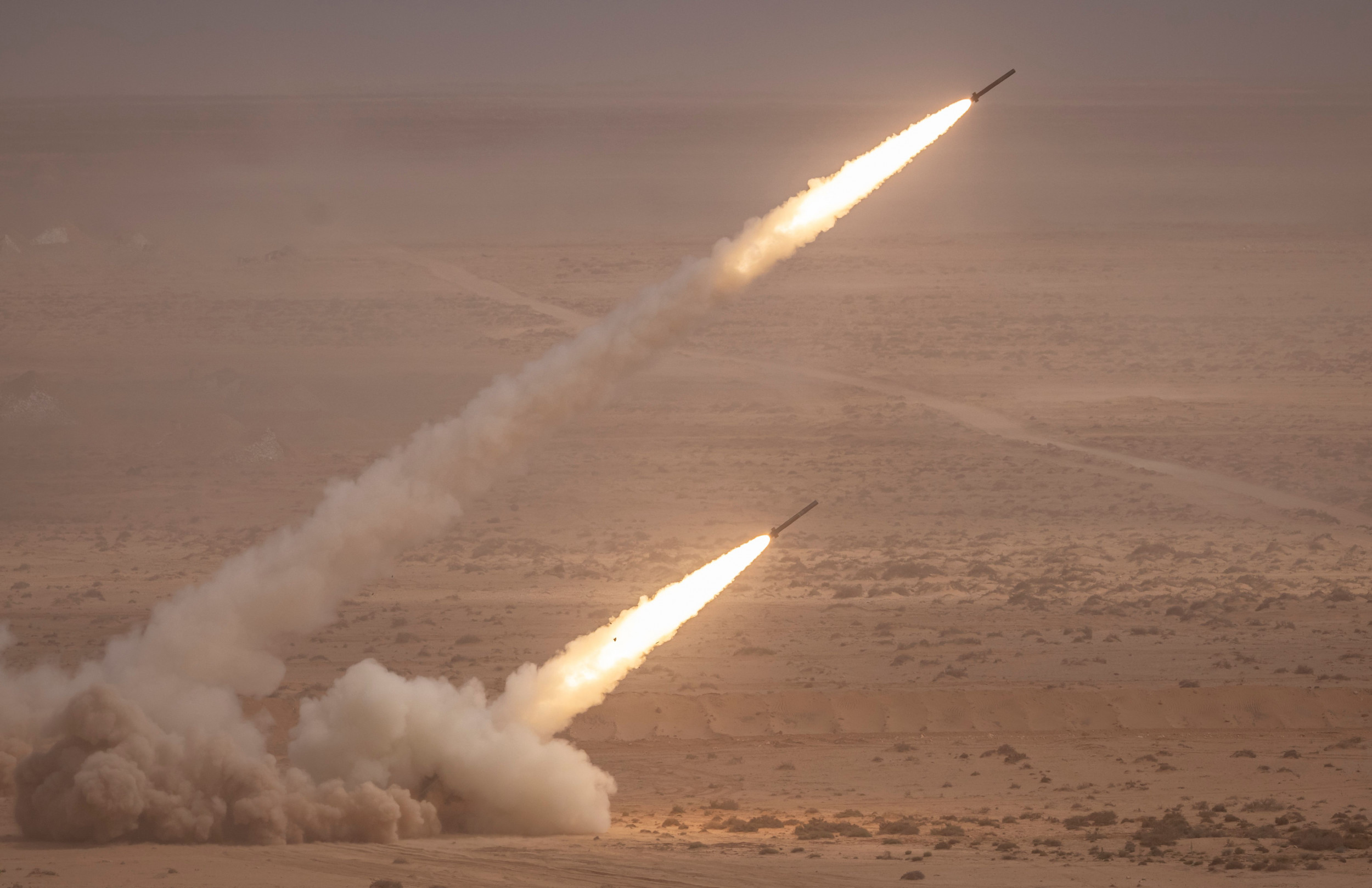 When President Joe Biden and Russian leader Vladimir Putin met face to face last year, they proudly touted how, “even in periods of tension,” Washington and Moscow could cooperate on nuclear issues.

A year and a war later, even such existential-level cooperation appears shaky.

Most urgently, ongoing fighting around a Ukrainian nuclear power plant captured by Russian forces has injected fresh uncertainty into a U.S.-Russian nuclear relationship that was already reeling from Putin’s invasion of Ukraine and the subsequent U.S. and European sanctions on Moscow.

But the invasion and its fallout have affected an array of other nuclear-related issues, from the Iran nuclear talks to recent international discussions about the Nuclear Non-Proliferation Treaty, a bedrock pact.

Russia and the U.S. also have been tangling over inspections of each side’s nuclear weapons facilities allowed by the New START treaty. There are fears that New START, the last arms control treaty between the two countries, will not get renewed or replaced if tensions between the nuclear powers worsen.

Russia and the United States have the two largest nuclear arsenals in the world. Even during the Cold War, Washington and Moscow were able to cooperate on ways to avoid an atomic disaster. Still, the sensitivity of anything nuclear-related means both countries must reassure the world that they can cooperate now, former officials and analysts say.

“The United States and Russia, despite their differences, have a special responsibility to avoid nuclear catastrophe,” said Daryl Kimball, executive director of the Arms Control Association. “I really do think both sides have an interest in continuing arms control treaties. It’s not just PR. The question is can they get over all these other problems and obstacles that Russia’s war has certainly created.”

The most immediate concern is the situation at a nuclear power plant in the southern Ukraine area of Zaporizhzhia.

Russian forces took over the plant soon after Russia launched its large-scale invasion of Ukraine in February, though the facility continues to operate under the watch of Ukrainian staff. Both Moscow and Kyiv have accused the other of endangering the plant in recent days.

Russian and Ukrainian forces are engaged in heavy fighting in the area immediately around the plant, which is being bombarded with airstrikes and artillery, a senior U.S. military official told reporters Monday, adding that Moscow’s forces are using the plant itself to store equipment. The fighting comes as Ukraine has launched a counteroffensive in its south against Russia.

The International Atomic Energy Agency, the United Nations nuclear watchdog, is sending inspectors to the plant amid growing worries of potential damage from the fighting. Nuclear power plants have many safeguards, but memories of the 1986 nuclear disaster at Chernobyl, also in Ukraine, hang heavy.

A senior U.S. defense official, meanwhile, said the U.S. believes “a controlled shutdown” of the plant’s nuclear reactors is “the least risky course of action in the near term.”

The official applauded efforts by Ukrainian plant operators to maintain the safety of the plant under “very trying circumstances,” citing reports of Russians pressuring and harassing the workers.

U.S. scientists are currently monitoring radiation sensor data from the plant and have so far seen no indications of “increased or abnormal radiation levels,” the official noted.

Kirby warned that Putin may have nefarious intentions for the plant. “At the very least, we ascertain that by holding that plant, he can hold Ukraine hostage with respect to their own electrical power capability,” Kirby said.

Another possibility? Putin could route its power to Russia, Kirby said.

Reached Monday, officials with the Russian embassy in Washington referred POLITICO to past statements from Kremlin sources that put much of the blame on the U.S. and Ukraine.

In those statements, Russian officials disputed that they are the guilty party in the showdown over the Zaporizhzhia plant. They accused Ukraine of artillery fire in the area and said the Biden administration should do more to stop its ally.

“The administration’s silence on these facts is unacceptable and only encourages Kiev’s impunity,” the Russian embassy said in a statement earlier this month.

The senior U.S. military official, however, stressed that “the Ukrainians are very aware of the potential impacts of striking a nuclear power plant, and they’re going out of their way not to do that.”

A different spokesperson for the National Security Council said “the United States has directly conveyed to Russia” the concerns that Kirby raised during Monday’s call with journalists.

The tensions over the power plant spilled into recent international talks for a conference reviewing the Nuclear Non-Proliferation Treaty, or NPT.

Russia blocked a final document that would have summarized conclusions from the review because it objected to language proposed to discuss the situation at the power plant. In a statement Sunday, the U.S. slammed what it called Russia’s “cynical obstructionism.”

Kimball, who was involved in the event, said the draft document included language that had Russia and the U.S. committing to pursue talks on a successor to New START in good faith — a sign that Moscow remains open to arms control in general.

But the section about the power plant was contrary to Russia’s war aims, leading to it blocking the whole document, Kimball said.

Meanwhile, the United States and Russia have been discussing resuming inspections suspended due to the Covid-19 pandemic.

Russia has complained that U.S. sanctions, many of which were imposed due to the Ukraine war, hamper its ability to conduct inspections as part of the treaty. For instance, the sanctions have included restrictions on Russian use of airspace, making it harder for Russian inspectors to travel, according to Russian state media.

The U.S. has disputed that the sanctions are a problem. “U.S. sanctions and restrictive measures imposed as a result of Russia’s war against Ukraine are fully compatible with the New START Treaty,” State Department spokesperson Ned Price said in mid-August. “They don’t prevent Russian inspectors from conducting treaty inspections in the United States.”

The overall picture on New START appears grim to some observers.

Jeffrey Edmonds, a former White House National Security Council official with expertise on Russia, noted that Moscow is expanding its “upload capacity” — the number of nuclear weapons it can place on a missile. He predicted that a follow-on treaty to New START is unlikely to be negotiated. “We will be moving into potentially dangerous and uncharted territory,” Edmonds said.

’Now is not the time’

Weeks before Putin’s attack on Ukraine, his country joined a statement of five nuclear powers reaffirming the need to avoid an atomic war.

“We affirm that a nuclear war cannot be won and must never be fought,” the United States, Russia, China, France and Britain said in the joint statement released in January.

Soon after the invasion began — and as it became clear it would not be an easy battle for Russia — Putin put his nuclear deterrence forces on high alert. The United States called that move a “totally unacceptable” escalation that seemed designed to justify the invasion.

The U.S. did not respond in kind.

Pressed on Putin’s latest motivations, Kirby on Monday declined to psychoanalyze the Russian leader, but he said Putin did not appear to have set aside his broader goal of overthrowing Ukraine’s government and taking control of the country.

The Biden administration, in the immediate wake of the invasion, paused broad, high-level nuclear talks with Russia, which are often referred to as “strategic stability” issues. There’s been no sign those talks have resumed, and a State Department spokesperson indicated nothing is in the works.

“Despite their bellicose rhetoric, we have seen no indications that Russia has intent to use nuclear weapons in Ukraine, and we have not seen any reason to raise our alert levels or adjust our nuclear posture,” the State Department spokesperson added. “Consultations between the United States and Russia will be necessary to enhance global stability. Now is not the time for those conversations.”

In early August, Biden put the onus of future nuclear negotiations on Russia, saying the United States is “ready to expeditiously negotiate a new arms control framework to replace New START when it expires in 2026.”

“But negotiation requires a willing partner operating in good faith,” Biden said in a statement. “And Russia’s brutal and unprovoked aggression in Ukraine has shattered peace in Europe and constitutes an attack on fundamental tenets of international order. In this context, Russia should demonstrate that it is ready to resume work on nuclear arms control with the United States.”

The complications over New START come amid growing sentiment among U.S. officials that it’s time to bring China into arms control treaties as well, especially given Beijing’s growing economic and military clout on the world stage — and ballooning nuclear arsenal at home. But Beijing has shown little, if any, interest in such talks.

There is one nuclear arena in which the United States, Russia and China continue to cooperate: the drawn-out effort to rein in Iran’s atomic activities by reviving the 2015 Iran nuclear deal.

Even that, however, has not been without strains.

Earlier this year, as international sanctions battered its economy in the wake of its invasion of Ukraine, Russia tried to find some relief via the Iran talks. Moscow demanded that a restored Iran deal include exemptions that protected Russian trade with Iran from U.S. and European sanctions.

But that was a non-starter for the United States and its European allies, and Russia eventually let the matter drop. There remain concerns, however, that a growing Iranian-Russian partnership, evident in Putin’s visit to Tehran last month, will in the long run give both countries some relief from the various sanctions regimes they face.