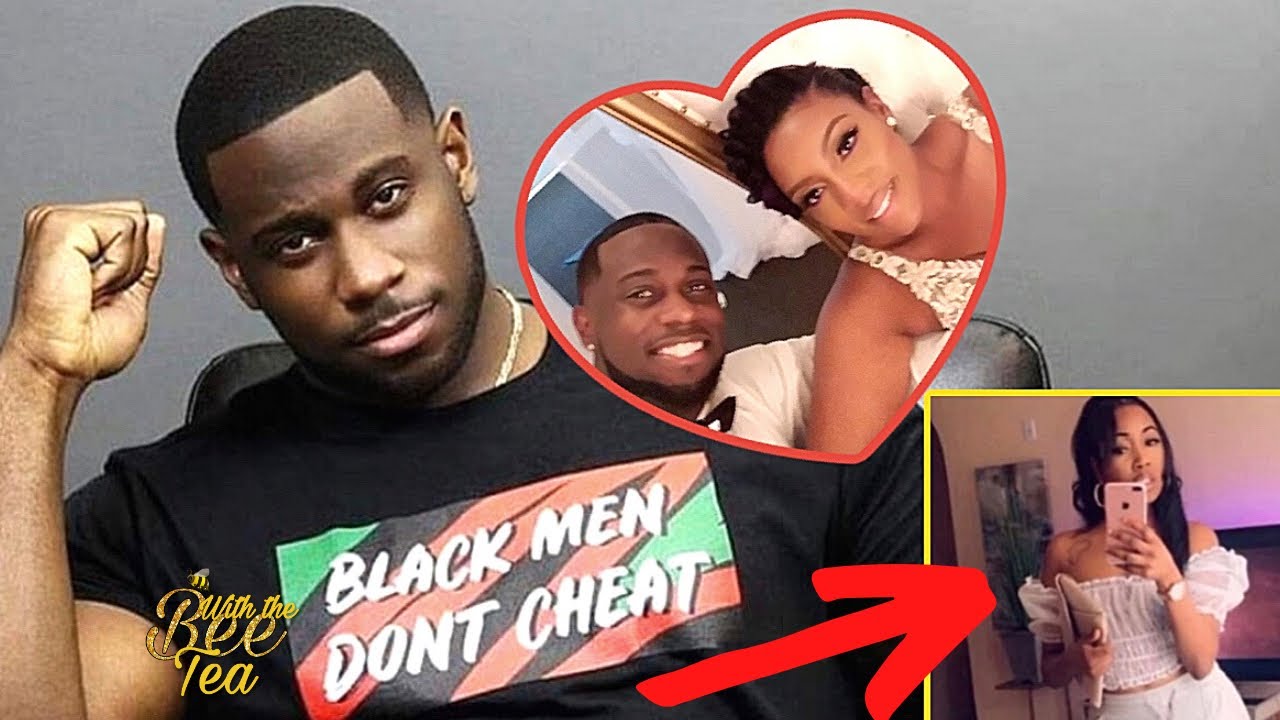 This love doctor got a taste of his own medicine.

A relationship guru with 1.3 million Instagram followers has confessed to having multiple affairs after fans uncovered his indiscretions.

Derrick Jaxn, who preaches “Healing & Healthy Relationships,” took to Instagram Monday to confess in a video in which his wife, Da’Naia Jackson, also appeared.

“The truth is Derrick Jaxn was involved with other women outside the marriage,” he said to the camera, speaking about himself in the third person. “All of it falls under the category of cheating, affairs, stepping out.”

According to Essence, online gossip about Jaxn’s affairs began appearing in early March. This week, Candice De Medeiros claimed to have had an affair with him, after he allegedly told her that he and his wife were separated. The Daily Mail reports that De Medeiros claimed that she and Jaxn texted through the summer of 2020, spent his birthday together and slept in the bed that he shares with his wife.

Jaxn gained popularity in 2012 after he started a blog about the missteps he made that led him to lose his college sweetheart, Jackson. After they reconciled, the couple started a family together and has made it a priority to share their relationship online. Jaxn has written several relationship advice books and posts videos encouraging men to step up and treat women right.

Jaxn originally claimed he and his wife were separated at the time of the affair, and posted and deleted a video stating he didn’t cheat on her.

But in the latest video, while holding hands, Jaxn maintained that his wife was not blindsided by these claims: She had known about them for a while because he confessed and even left Jaxn because of it.

Jackson backed him up. “There’s nothing out there that I don’t already know,” she said.

DERRICK’S WIFE DA’ NAIA’ SPEAKS OUT ABOUT HIS INFIDELITY

“I agree with people saying that there is no justification for bringing other women into our marriage … when I found out about it, I left,” said Jackson. “I did not come back until I saw a shift or a change in his mentality.” She has forgiven him, and they have started “a new chapter” in their relationship guided by their faith.

“I know I cannot build a platform preaching certain things and then in my real life live contrary to that,” said Jackson. “Those who are saying, ‘Derrick, I don’t ever want to listen to you again,’ it’s totally understandable.”

“Wow, he sounds like a master manipulator. His mannerisms is disturbing to watch. I pray this woman has a support system to lift her up and out,” commented another.

“She looks like she’s under pressure,” wrote one commenter, of Jackson. Several people called out the forced-looking hand holding.

On Twitter, viewers also reacted to Jaxn’s betrayal with memes.