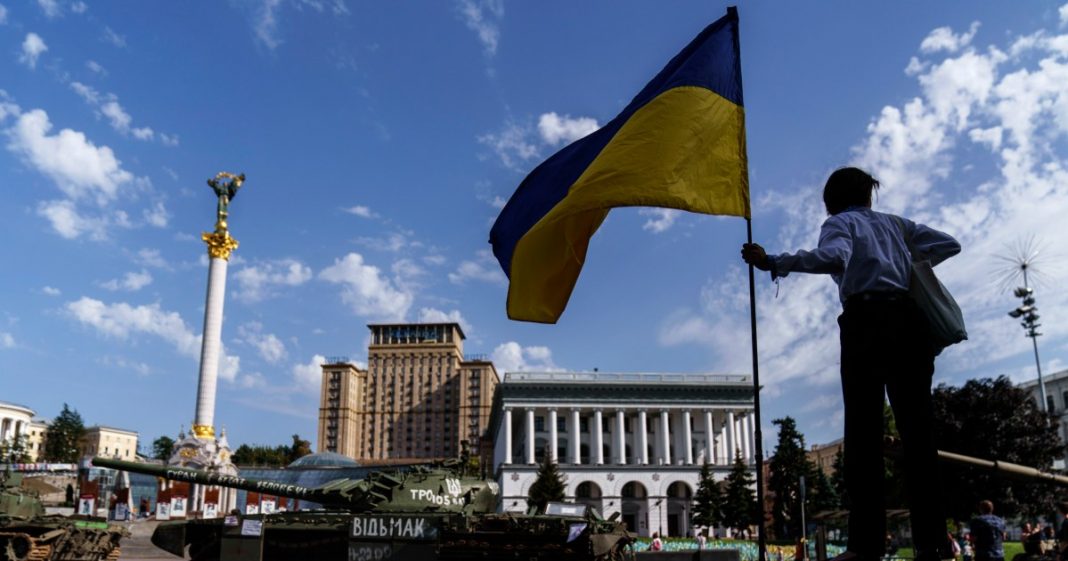 Ukraine was “reborn” when Russia invaded six months ago, President Volodomyr Zelenskyy said Wednesday as his country observed an Independence Day marked by fears that Moscow may step up its attacks.

The festivities were subdued, with mass gatherings canceled and Ukrainians across the country told to be vigilant in case Russia used the occasion to unleash fresh strikes. But the symbolism of the nation celebrating its identity six months after Russian tanks rolled across the border in an effort to erase it was evident in Zelenskyy’s address to his compatriots.

“On Feb. 24, we were told: you have no chance. On Aug. 24, we say: Happy Independence Day, Ukraine!” Zelenskyy said in a pre-recorded video that aired early on the day that marks 31 years of Ukraine’s independence from Kremlin-dominated Soviet rule.

The country’s perseverance throughout the six months of the Russian invasion has shaped the nation like nothing before, the 44-year-old leader told Ukrainians as he stood in Kyiv’s historic Maidan Square, wearing his signature military slacks.

Zelenskyy warned earlier that Russia may unleash “repugnant provocations and brutal strikes” on Wednesday. The United States also said that it had information that “Russia is stepping up efforts to launch strikes against Ukraine’s civilian infrastructure and government facilities in the coming days.”

Local authorities — from Kharkiv in the east to Lviv in the west — have warned people to pay more attention to air raid sirens, respect curfews and work from home, if possible. Some sirens sounded in an otherwise quiet Kyiv early on the dual anniversary, but perhaps the most potent sign of the war in Ukraine’s capital was the procession of burnt-out Russian military vehicles displayed defiantly in the heart of the capital.

Having held onto Kyiv, Zelenskyy renewed his vow to recapture the eastern region of the Donbas, large swaths of which Russia now controls, and Crimea, which Moscow annexed in 2014. “What is the end of the war for us?? We used to say: peace. Now we say: victory,” Ukraine’s leader said in the address.

Fears of a Russian escalation come in the wake of a series of successful attacks on Russian positions in Crimea, which military observers say have unnerved the Kremlin, as well as the murder of the daughter of a prominent Russian ultranationalist in a car bombing over the weekend, which Moscow has swiftly blamed on Ukraine despite scant evidence and Kyiv’s denials.

On Wednesday, Russian Defense Minister Sergei Shoigu acknowledged his military’s apparent struggles since making gains in the east earlier in the summer. Moscow has consciously slowed down the pace of the offensive to minimize civilian casualties, state news agency Ria reported Shoigu as saying— a claim that runs counter to accusations from Ukraine and human rights organizations that Russia has been deliberately hitting civilian targets throughout the half a year of war.

As the conflict turns into a grinding battle of attrition, Ukraine’s government has been pleading for more Western-supplied weapons to hold Russian forces back and even turn the tide against its invading neighbors.

The U.S., which has been one of Kyiv’s strongest supporters and suppliers, could announce a new aid package Wednesday, worth as much as $3 billion, two defense officials told NBC News.