Queen of dancehall music “Spice”, team up with legend “Shaggy” and “Sean Paul” for a summer banger…”Go Down Deh” 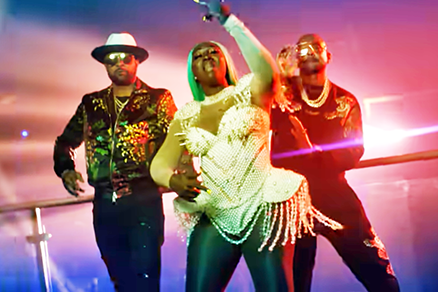 Lyrics in Jamaican Patois – “Whine an go dung deh” – translated by LeXann Media – “drop it low”, “get low”. The trio is giving the world some hot Jamaican breeze in this song.

Grace Latoya Hamilton, known professionally as Spice, is a Jamaican dancehall recording artist, singer and songwriter. Beginning her career in the early 2000s, she had her first major success with the controversial single “Romping Shop” with Vybz Kartel in 2009.

The newly released single, “Go Down Deh” from the “Queen of Dancehall,” Spice featuring Sean Paul and Shaggy has dominated global reggae charts.

The single debut at #1 on US and Israeli iTunes Reggae, #2 in the UK, Italy and Canada, and Top 10 on Apple Music, iTunes and Deezer in multiple countries including Japan, Jamaica (#1 on Apple Music), Germany and the Netherlands.

The correlating music video – directed by Jay Will (credits include: M.I.A, Lee Scratch Perry, Kayne West, Shaggy, Major Lazer) – premiered on BET last weekend and has since garnered 1 million YouTube views and is the number one YouTube video in Jamaica.

The song also sits atop Tidal Reggae and Dancehall Video hits.Get the latest from CNW!