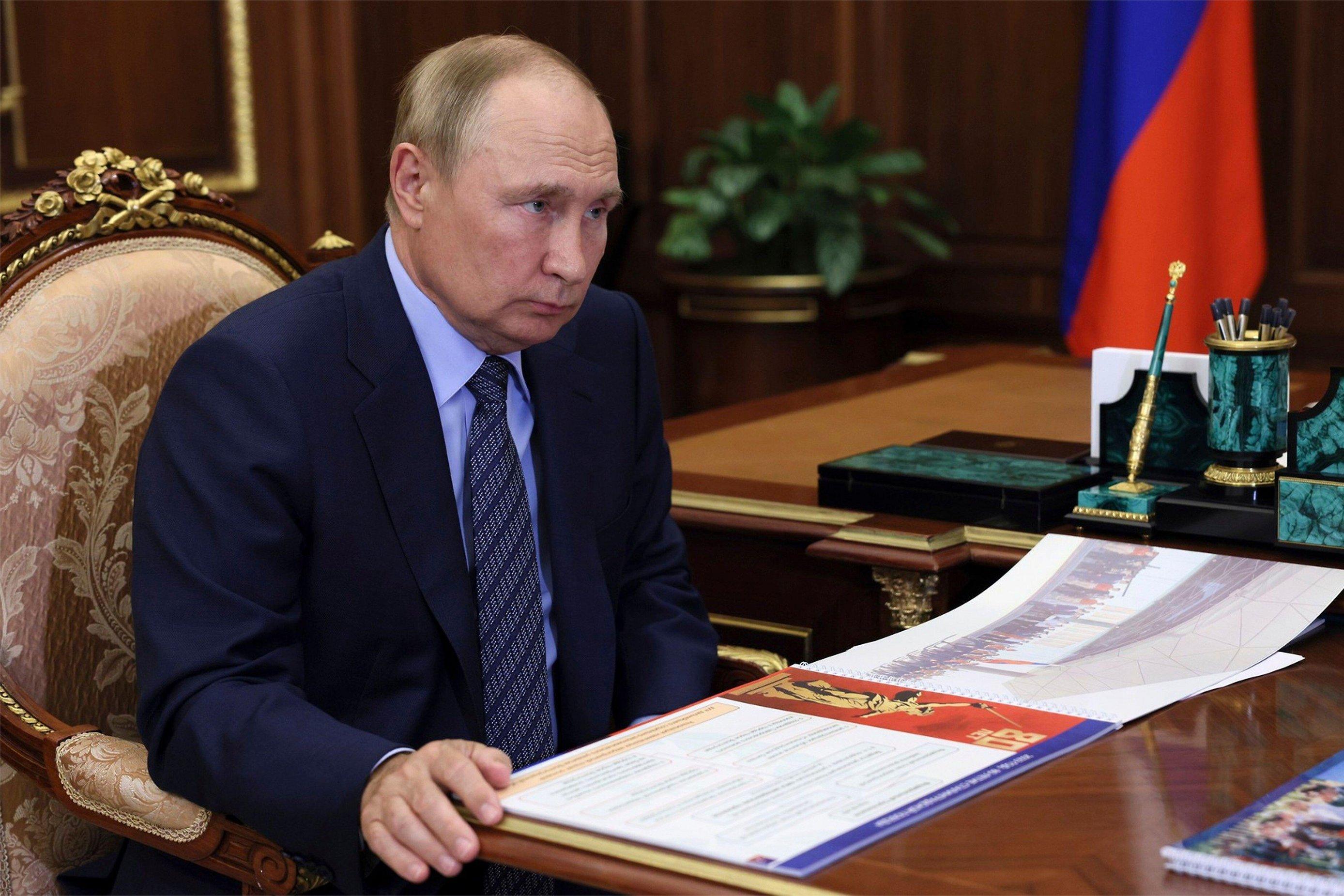 President Vladimir Putin is planning to sign a decree to annex four regions of Ukraine on Friday following staged referendums that concluded this week, raising the stakes in Moscow’s conflict with Kyiv and the West.

Russian-installed representatives from the Ukrainian regions—Donetsk, Luhansk, Zaporizhzhia and Kherson—will attend a signing ceremony for their entry into Russia with Mr. Putin at 3 p.m. local time Friday, the Kremlin said Thursday.

Kyiv and Western governments have described the votes as a sham designed to confer a veneer of legitimacy to Moscow’s seizure of Ukrainian land seven months on from its invasion. The votes involved coercion, threats and, in some places, soldiers going door to door and forcing people to vote at gunpoint, according to officials and residents.

The Moscow-installed leaders of all four territories confirmed their desire earlier this week that the regions become part of Russia. None of the four regions is controlled by Russian troops in its entirety, and in one—Zaporizhzhia—the regional capital and the majority of the population have remained under Kyiv’s authority throughout the war.

Mr. Putin must first sign a treaty with the territories seeking to join Russia, after which the agreements would be sent to the nation’s Constitutional Court to ensure they comply with Russian law. If the court finds no violations, Mr. Putin would send the treaty to the State Duma for a vote.

If it passes, the legislation will move to Russia’s upper house of parliament, the Federation Council, for approval. Mr. Putin would then formally declare the Ukrainian regions to be part of Russia.

No country has indicated so far that it would recognize Moscow’s land grab, with China’s Foreign Ministry responding to the referendums by saying that it respects “the sovereign and territorial integrity of all countries.”

The regions’ path to becoming part of Russia will likely follow the playbook used for Crimea, which Russia annexed after seizing it from Ukraine in 2014, following a referendum in which 97% voters favored joining Russia, according to official results. The peninsula was incorporated into Russia less than a week after the referendum that approved it, though most of the world’s nations don’t recognize Crimea as being part of Russia.

The escalation comes as tensions between the West and Russia have also been ratcheted up over leaks on pipelines that the West has said were the result of acts of sabotage and some officials have blamed on Russia, without providing evidence. Following the leaks on the Nord Stream natural-gas pipelines between Russia and Europe, the North Atlantic Treaty Organization said Thursday that attacks on its members’ infrastructure would be met with a collective response from the alliance.

As the war grinds on, Russia on Thursday struck the central Ukrainian city of Dnipro with cruise missiles, wrecking a residential neighborhood and killing at least three civilians, officials said, as Ukrainian forces pressed their offensive in the eastern part of the country.

The strikes on Dnipro, a major industrial hub, were the latest in a series of Russian attacks that seek to sap Ukraine’s ability to function by targeting civilian infrastructure. On Tuesday, Russian missiles hit the power station in Kharkiv for the second time this month, causing daylong blackouts in many parts of Ukraine’s second-largest city.

The early-morning Russian attack on Dnipro damaged 60 private houses and several high-rises, a city market, a bus station and power lines, said regional administration head Valentyn Reznichenko. An injured 12-year-old girl was pulled from one of the destroyed buildings. “Rescue workers continue searching in the rubble, and more children may be there,” he said in a social-media post. “Bloody Russian world. Payback will come.”

Elsewhere in the region, Russia fired Uragan cluster munitions at the town of Zelenodolsk, injuring 14 employees of an infrastructure facility, Mr. Reznichenko said. The town houses a large power station.

In eastern Ukraine’s Kharkiv and Donetsk regions, Ukraine’s armed forces continued to gain new ground even as Russia began to pour some of the first batches of newly mobilized troops to the front line. In the Kharkiv region, most of which was liberated in a lightning offensive two weeks ago, Ukrainian forces expanded their foothold east of the Oskil River, along which Russia had hoped to stabilize the front line. After securing remaining parts of the city of Kupyansk east of the river, Ukrainian forces took the town of Kovsharivka, mopping up remaining urban pockets still under Russian control, military officials said.

In nearby northern parts of the Donetsk region, Ukrainian forces tightened their noose around the strategic town of Lyman. Only one supply road to thousands of Russian troops defending Lyman remains, and it is already under Ukrainian fire control, Ukrainian and Russian military officers say.

The Ukrainian pushes east of Kupyansk and around Lyman both threaten Russian control over the northern part of Luhansk region, one of the four that Moscow is planning to annex.

Russia is mobilizing some 300,000 men to shore up its military forces and thwart the Ukrainian offensive that has retaken some 3,500 square miles of Russian-occupied territory, mostly in the Kharkiv region, this month. That amounted to roughly one-tenth of Ukrainian land under Russian control.

There are indications that some of these newly mobilized troops are being sent to the front lines without any training. A senior Ukrainian military officer on the Kharkiv front said that Ukrainian forces have already captured some of the newly mobilized soldiers. A company of these men that arrived near Kupyansk in recent days set up its position without taking any precautions against Ukrainian observation drones, and was immediately destroyed by Ukrainian artillery fire, he said. Russia’s military has suffered tens of thousands of casualties in Ukraine, according to Western estimates.

Hundreds of thousands of Russian men are estimated to have fled the country to avoid potentially deadly duty in Ukraine. Over the past seven days, that number likely exceeded the size of the entire Russian military force that Moscow fielded to invade Ukraine in February, Britain’s Defense Ministry said in Thursday’s update.

“The better off and well educated are overrepresented among those attempting to leave Russia,” it said, forecasting a significant impact on the Russian economy.

The speaker of the Russian parliament, Vyacheslav Volodin, Thursday called for a ban on foreign travel for all Russian men who could be potentially drafted for service.