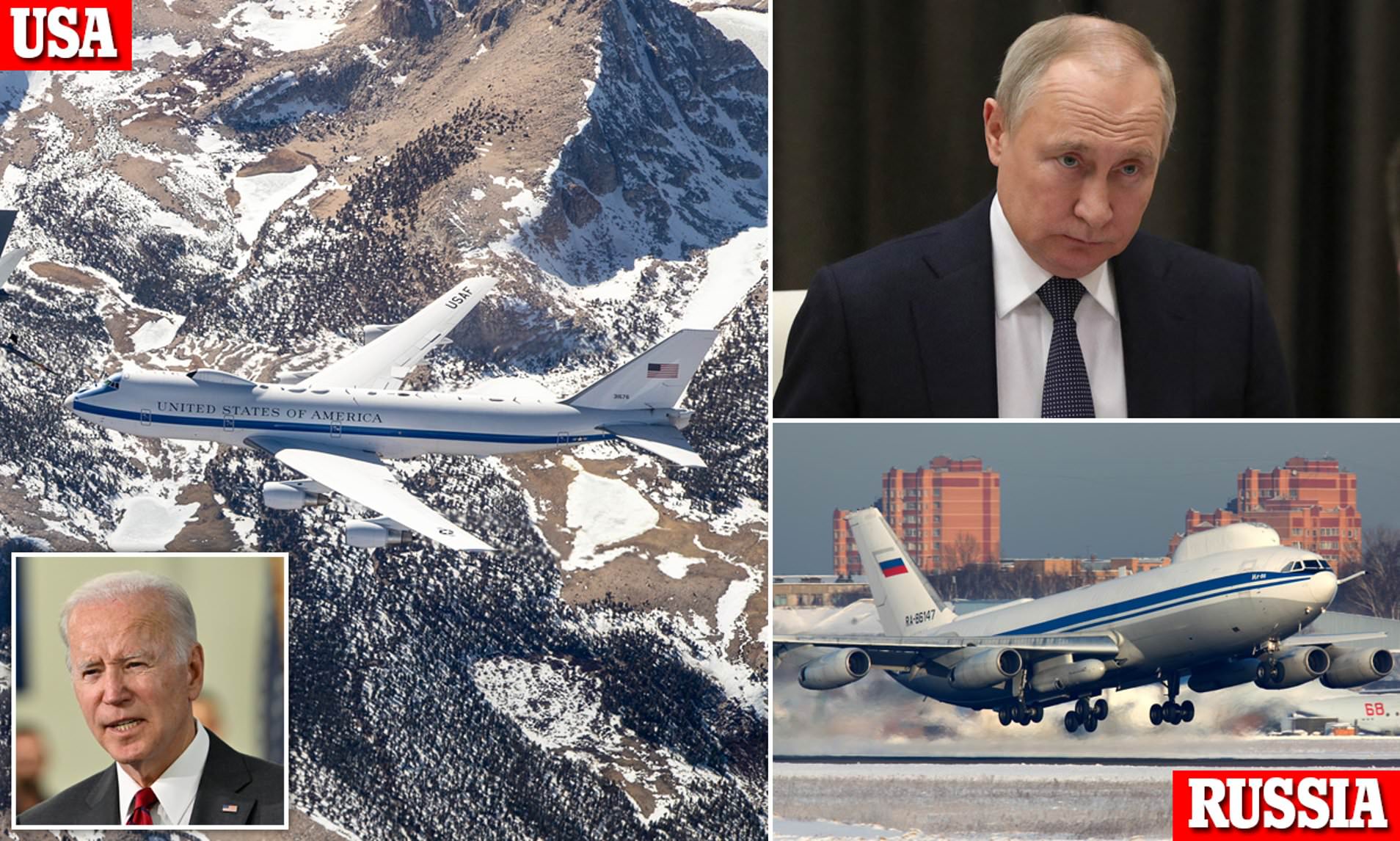 President Vladimir Putin will send a “doomsday” warning to the West when he leads celebrations on Monday marking the 77th anniversary of the Soviet Union’s victory over Nazi Germany, brandishing Russia’s vast firepower while its forces fight on in Ukraine.

Defiant in the face of deep Western isolation since he ordered the invasion of Russia’s neighbour, Putin will speak on Red Square before a parade of troops, tanks, rockets and intercontinental ballistic missiles.

A fly-past over St Basil’s Cathedral will include supersonic fighters, Tu-160 strategic bombers and, for the first time since 2010, the Il-80 “doomsday” command plane, which would carry Russia’s top brass in the event of a nuclear war, the Defence Ministry said.

In that scenario, the Il-80 is designed to become the roaming command centre for the Russian president. It is packed with technology but specific details are Russian state secrets.

The 69-year-old Kremlin leader has repeatedly likened the war in Ukraine to the challenge the Soviet Union faced when Adolf Hitler’s Nazis invaded in 1941.

“The attempt to appease the aggressor on the eve of the Great Patriotic War turned out to be a mistake that cost our people dearly,” Putin said on Feb. 24 when he announced what he called a special military operation in Ukraine.

“We will not make such a mistake a second time, we have no right.”

Putin casts the war in Ukraine as a battle to protect Russian speakers there from persecution by Nazis and to guard against what he terms the U.S. threat to Russia posed by NATO enlargement. Ukraine and the West dismiss the fascism claim as nonsense and say Putin is waging an unprovoked war of aggression.

The Soviet Union lost 27 million people in World War Two, more than any other country, and Putin has railed in recent years at what Moscow sees as attempts in the West to revise the history of the war to belittle the Soviet victory.

Beside the 1812 defeat of French Emperor Napoleon Bonaparte, the defeat of Nazi Germany is the Russians’ most revered military triumph, though both catastrophic invasions from the west left Russia deeply sensitive about its borders.

The war in Ukraine will cast a long shadow over this Victory Day.

Russia’s invasion has killed thousands of people and displaced nearly 10 million. It has also left Russia in the grip of tough Western sanctions, and has raised fears of a wider confrontation between Russia and the United States – by far the world’s biggest nuclear powers.

Although 11,000 troops marching across Red Square along with what the Defence Ministry has said will be 131 pieces of military hardware will present a grand spectacle, the Ukraine conflict has exposed weaknesses in Russia’s armed forces despite Putin’s attempt in his two decades in power to halt the post-Soviet decline.

The Kremlin has been denied a quick victory and the Russian economy – squeezed hard by sanctions – is facing the worst contraction since the years following the fall of the Soviet Union.

Less than two decades ago, U.S. President George W. Bush joined Putin for the May 9 celebrations in Moscow. This year no Western leader was invited, the Kremlin said.

The United States and its allies have ramped up supplies of weapons to Ukraine and Putin has faced calls from some in the Russian military to unleash greater firepower on Ukraine, two sources close to the armed forces told Reuters. Moscow has told the West that its arms supplies are legitimate targets.

Ahead of May 9, speculation swirled across Moscow and Western capitals that Putin was preparing some sort of special announcement on Ukraine, perhaps an outright declaration of war or even a national mobilisation.

Kremlin spokesman Dmitry Peskov dismissed those suggestions on Wednesday, describing them as “nonsense”.

The Kremlin did not respond to requests for comment on what Putin might say in his speech, to be delivered from the Red Square tribune in front of Vladimir Lenin’s Mausoleum.

Last year, Putin jabbed at Western exceptionalism and what he said was the rise of neo-Nazism and Russophobia – trends he has returned to again and again when addressing the issue of Ukraine.