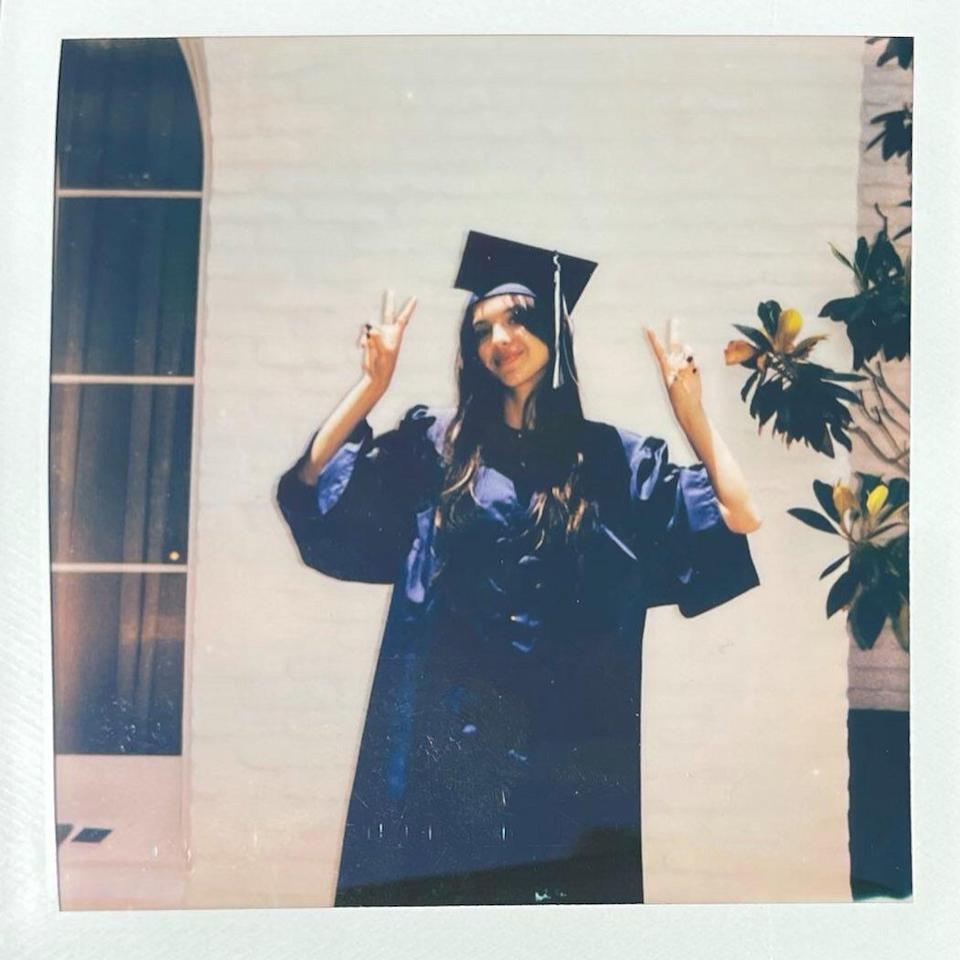 Just one week after performing with the legendary Billy Joel at Madison Square Garden in New York City, Olivia Rodrigo hit the books in L.A.

The 19-year-old pop star was spotted taking a class at the University of Southern California’s Thornton School of Music on Wednesday, with a fan sharing a photo of her in class, captioned, ‘No way I’m in class with Olivia bruh.’

Another image that popped up on Rodrigo fan pages shows her status at the school as an ‘undergraduate visitor’ with an ‘unclassified’ major.

According to USC, a ‘visiting student’ may enroll in and complete, ‘individual courses for professional or personal development without enrolling in a degree program.’

In other words, Rodrigo is not currently pursuing a full degree at USC, merely taking classes to broaden her musical production horizons.

One of the fan pages claimed that Rodrigo was taking a, ‘music production class’ on campus, though that has yet to be confirmed by the singer or her camp.

Rodrigo does go back with USC and the Thornton School of Music, with alumni from that school featured in a live performance of her song Favorite Crime.

Just one week earlier, Rodrigo joined Billy Joel during his residency at Madison Square Garden in New York City, which was his 82nd straight sold-out show.

She admitted on stage that she was, ‘such a huge fan, and I kind of wrote this next song about you,’ before breaking into her hit Deja Vu, which references Joel and his hit song Uptown Girl in the second verse.

They both performed Deja Vu and Uptown Girl together in front of the sold-out crowd in Manhattan.

Rodrigo’s first album Deja Vu debuted at number eight on the US Billboard Hot 100 in April 2021, and also went on to peak at number three on the chart by the time Sour dropped two months later.

Rodrigo wrapped her tour in support of Sour, which began in the U.S. on April 5, with two shows at Eventim Apollo in London, England on July 6-7.

Among her accolades for Sour, were seven Grammy Award nominations that resulted in three wins, including Best New Artist, Best Pop Vocal Album and Best Pop Solo Performance for her song Driver’s License.