No Grammy Win For Dancehall Artist ‘Spice’ In 2022! 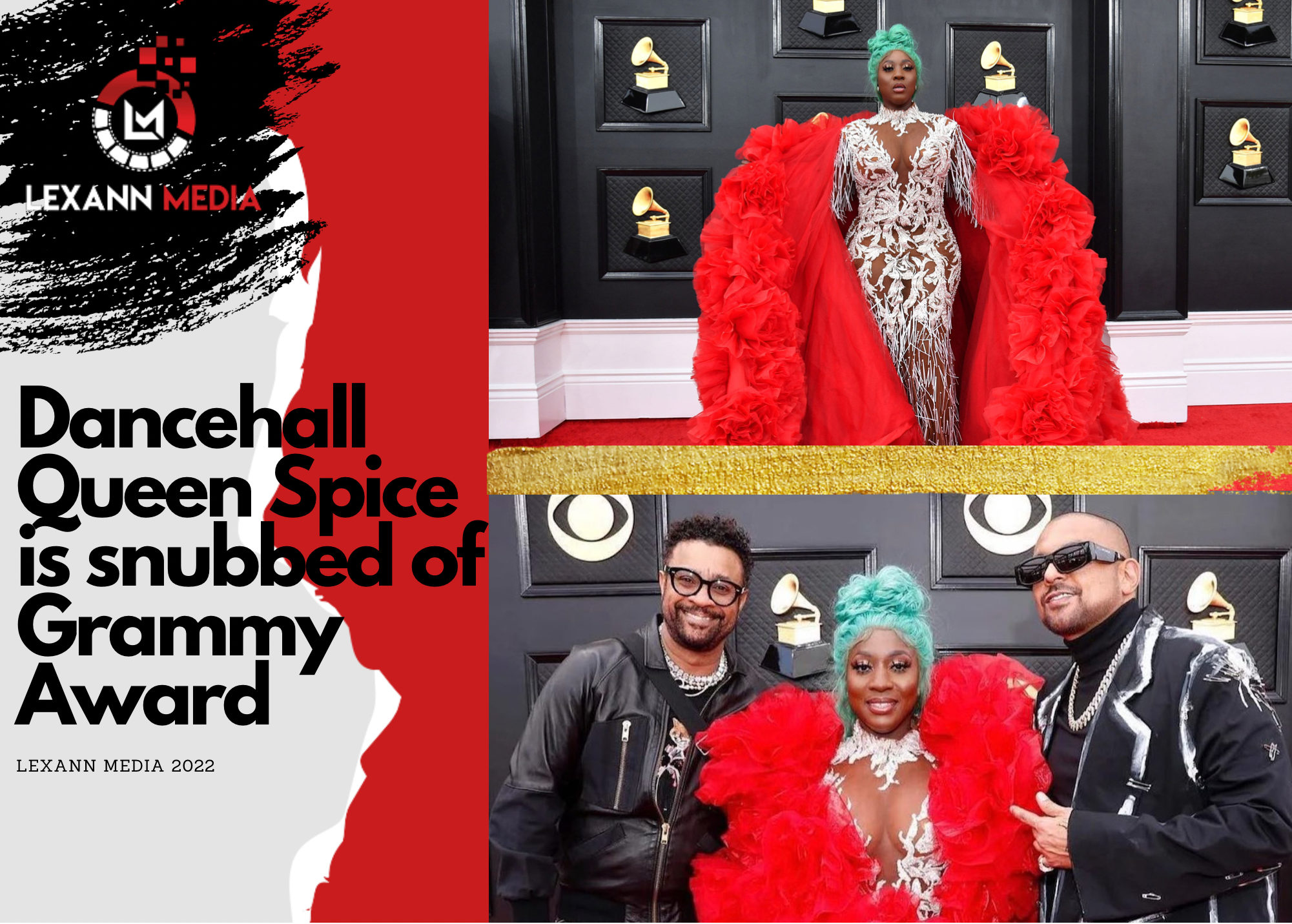 But that’s okay thou, they will not be able to deny the Queen her win or thrown in 2023! That loss will only motivate her to push and grind harder! “It’s a Jamaican thing”, said one fan, “if they tell us we can’t, we show them that we definitely can…period”.

Dancehall and reggae deserve so much more. Leading up to the 2022 Grammy award ceremony, dancehall artist Spice made her red carpet debut where she spoke to the Associated Press about the appropriation of reggae and dancehall music and the history of Jamaican artists not receiving credit. “I feel like reggae and dancehall could have been more recognized because often times other genres take from our culture and we do not get that rating that we deserve. But I feel absolutely great that we’re still in the nomination for the Grammy so it’s still a big thing for dancehall and Jamaica,” she shared. She made history being the first hardcore dancehall artist to be nominated for the category with her debut 10 alongside other Jamaican artists like Jesse Royal, Sean Paul, Gramps Morgan and Etana. However a non-Jamaican, Arlington, Virginia-based, white reggae band SOJA, an acronym for Soldiers of Jah’s Army, was nominated with their Beauty in the Silence album and consequently ended up taking home the win.

Reggae is a genre born in Jamaica that emerged from ska and mento in the late 1940s and early 50s. After 1962 when Jamaica was declared an independent country, roots reggae became the score that not only bolstered national identity but its inextricable link to the Rastafari movement called attention to the ways in which Black people had been oppressed. And yet, the Grammys chose to ignore this history in who they deemed the “best.” The irony.

Dancehall and reggae artists do not need their work to be validated or legitimized by an institution that has failed to bring itself up to speed. The music is valid and worthy because we made it.

Here are what some fans had to say.