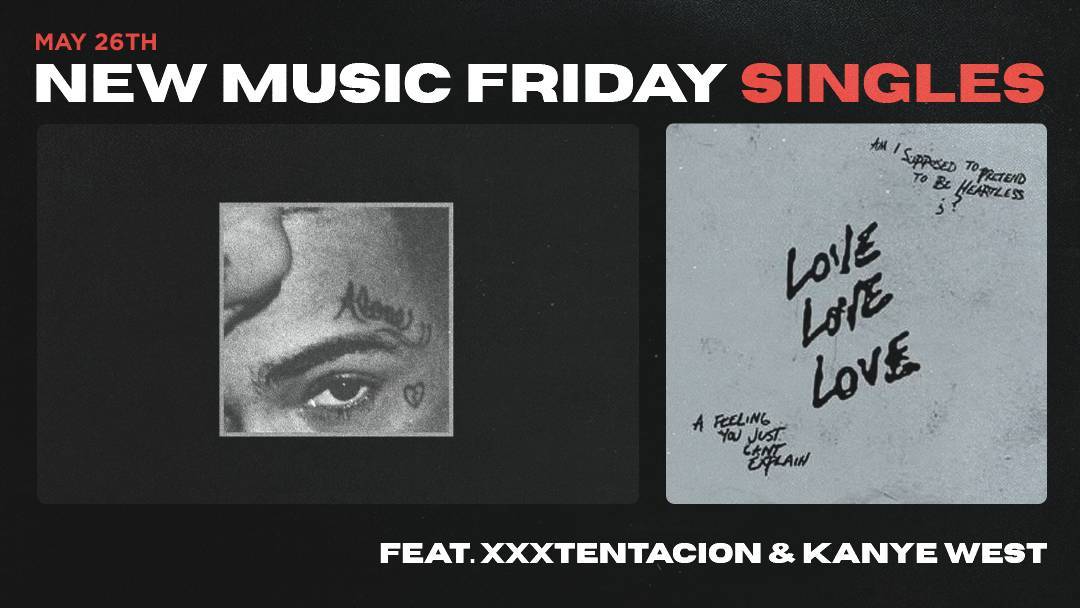 It’s wild to think that the month of May is coming to a close, but here we are. Summer continues to inch closer and it seems the Hip Hop and R&B worlds have begun to unveil music made to soundtrack BBQs, brunches and sunny afternoons in the park.

Today’s edition of New Music Friday kicks off with “True Love,” an unexpected collaboration between Kanye West and the late XXXTENTACION. From there we head South to Memphis to check out Moneybagg Yo’s latest single “See Wat I’m Sayin,” his follow-up to the Kodak Black-assisted “Rocky Road.”

It’s Friday: start the preparations for your Memorial Day weekend by slowing down on work and pressing play on any (or all) of these brand new singles.

Hearing Kanye West and XXXTENTACION on the same track is a strange experience. It’s always odd to hear new music from an artist after their death, but it adds another level that the reclusive Ye is featured as well.

“True Love” is full of angst, a well-established trend in the music of XXXTENTACION, who was murdered in June of 2018. Kanye, meanwhile, has always been open and vulnerable about his own love life, especially on his dramatic and highly publicized divorce from Kim Kardashian. If anything, “True Love” is a testament to X’s staying power, even four years after his death.

Moneybagg Yo – “See What I’m Sayin”

Moneybagg Yo has been one of the most exciting success stories to come from Memphis in recent memory. Signed to Yo Gotti’s CMG imprint, Yo found a way to smartly navigate the line between records which can achieve commercial success on a large scale and tracks meant for the streets. Through albums such as A Gangsta’s Pain and Time Served, Yo transitioned from a talented street rapper to a national sensation.

His most recent single, “See Wat I’m Sayin,” comes on the heels of “Rocky Road” with Kodak Black, a bouncing single which fans are hoping hints at a new full-length project.

It’s tough to listen to “Potion,” Calvin Harris’s latest festival-ready single, without thinking about Young Thug, arrested on RICO charges and denied bail. Try as they may, the Fulton County D.A. won’t destroy Thug’s legacy; how could they when each of his verses is a masterpiece?

Despite the legal onslaught YSL is currently facing, “Potion” refocuses the news cycle on Thug’s rap abilities (plus fun instrumentals and lovely vocals from Dua Lipa).

New York Drill rapper Sleepy Hallow first burst onto the scene through songs such as “Deep End Freestyle” and “6am In NY” from Sleepy Hallow Presents: Sleepy Hallow President. His 2021 album, one of the year’s more underrated entries, brought hits in “2055” and “Tip Toe” with Sheff G.

Chattanooga, Tennessee rapper YGTUT came up in the same ilk as Top Dawg Entertainment’s Isaiah Rashad. His smooth flow, tinted with a Southern accent, sounds like it comes through a smoke’s haze. He’s gotten some traction with previous songs “G35” and “Live In Chattanooga,” not to mention his work on Rashad’s “Chad.”

“Quickie,” YGTUT’s most recent offering begins with a gentle piano refrain before the Preacher’s Son rapper drops into a quick-spitting verse.

Logic just can’t resist releasing new music. During his retirement, Logic was still involved in the music industry, so after his return you can expect him to go even harder. “Orville,” the “Everyday” rapper’s single from his forthcoming Vinyl Days features Blu & Exile.