Mysteries of Lake Mead: As Nation’s Largest Reservoir Dries Up, 5 Bodies Are Found in 4 Months 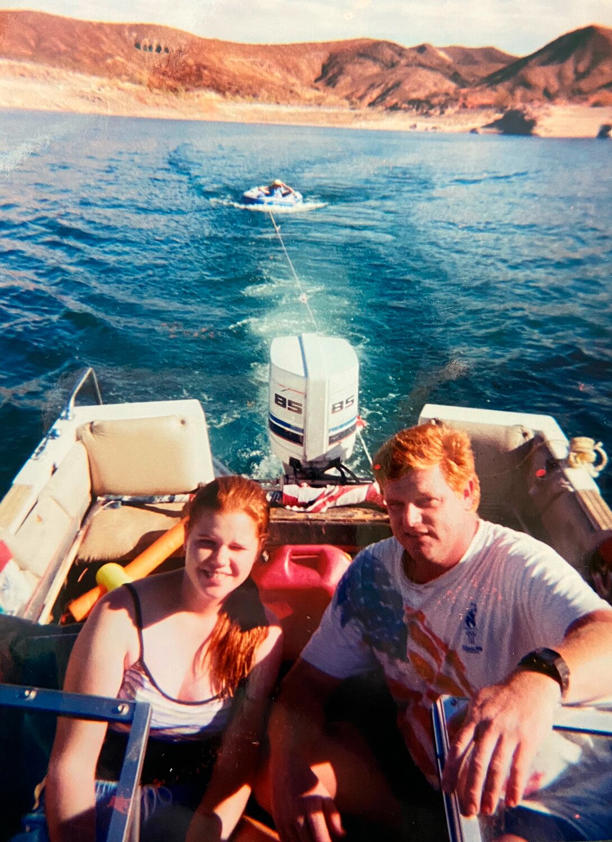 Lynette and Lindsey Melvin headed to Lake Mead on May 7, hoping for a quiet day of paddleboarding. The sisters from Henderson, Nev., hoped to see some natural beauty as they relaxed on the water of the nation’s largest reservoir.

“We were looking for a beaver dam,” Lindsey tells PEOPLE in its latest issue. “We had seen one before.”

What they ended up finding was much more macabre: the skeletal remains of a man who had been missing for decades and was presumed to have drowned.

“We saw a bone,” says Lynette. “So we started digging until we found the skull. And then we knew it was definitely human.”

The sisters had discovered the remains of Thomas Erndt, who had drowned in the lake on August 2, 2002 while on a boating excursion with his family. The discovery has opened up old wounds for the Erndt family, but has brought much-needed closure.

“I mean of course it is going to close a big chapter just knowing he is at peace now after so long,” his son, Tom, told Fox 5 Vegas. “But it is definitely big news and I don’t know if I was ready for it.”

As the waters of Lake Mead have receded during an unprecedented drought, at least five bodies have been found since May — including the remains of a man who had been stuffed into a barrel in a case believed to be connected to mob activity.

Lake Mead is a reservoir formed by the Hoover Dam on the Colorado River, bordering Nevada and Arizona. It supplies water to more than 40 million people, and has long been suspected as a place where the mob has dumped bodies of murder victims.

“Lake Mead is a spot people go to and disappear,” says David Kohlmeier, a former Henderson police officer who now hosts a local podcast. “Over the years, a lot of people vanished there. If they were involved in criminal activity or suicidal, police might find their car, but not the person.”