Musician Breland Talks To Us About His Debut Album, Cross Country 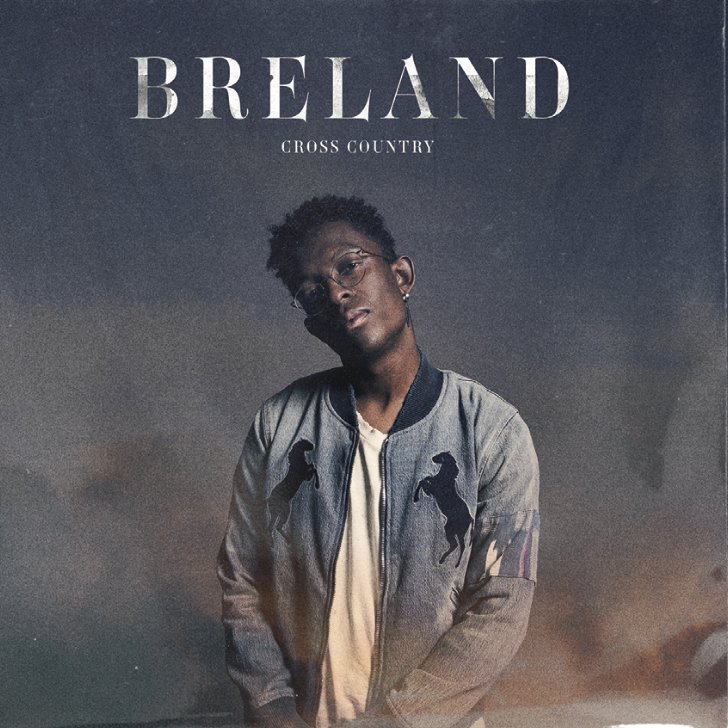 Breland has a theory that he attempts to prove on Cross Country.

“I wanted this project to be a hypothesis that is answered as you listen. I believe that country music is for everyone,” he says. “I think when people listen to this project, they’ll understand why I’m saying that, and the truth in it.”

Raised in New Jersey as the son of ordained ministers, Breland was introduced to gospel music at a young age. But it wasn’t until he attended boarding school at age 14 that he heard the secular music like hip-hop, R&B, and pop that granted him a genre-bending ear and inspired the “holistic” approach to music that he’s known for today.

“I’ve always felt like my brand of country music would only be authentic if I was incorporating elements from the other genres that I love,” Breland says. “Holistic means that I considered everything. It was a thorough investigation of all the music that I love, and I try to be as inclusive as I can of all of those sounds and styles. I wanted people who listened to all of those different genres to be able to find something that they could relate to and that would resonate with them.”

Breland has already proven this formula. Since he came roaring onto the country scene in 2020 with his viral hit, “My Truck,” some of country music’s biggest stars have started to take notice of his undeniable talent. paired up with the Keith Urban on “Out the Cage” and with Sam Hunt a remix of “My Truck.” The track list for Cross Country, Breland’s debut EP out September 9, is filled with collaborations with country superstars like Urban, Thomas Rhett, Mickey Guyton, Lady A, and others who are just as drawn to his eclectic sound as his growing fanbase.

The album’s essence is rooted in positivity, while each sonic element speaks to Breland’s vast creativity. “Cross country is a phrase that I came with to more aptly categorize the sub-genre of country music that I make. It’s not your daddy’s country. It is an invention of me appreciating different genres,” he says. But the meaning goes deeper than just a cross section of diverse melodies. The singer aims to bridge the divide between the belief systems that exist across the wide-reaching country music audience.

“I think cross country is more of a social movement of providing common ground for people who traditionally do and don’t listen to country music. Making country music a little bit more diverse and inclusive, but also creating bridges between people on one side of an aisle and people on the other,”

Breland bridges this divide by covering a range of relatable topics, whether letting loose on the play-on-words “Throw it Back,” acting as a supportive friend on the uplifting “Here for It” featuring Ingrid Andress or taking accountability for his actions in the face of a breakup on “For What It’s Worth.” The introspective “Growing Pains” tackles the themes of mental health and self-awareness, serving as an honest portrayal of Breland’s mindset throughout his steady rise to fame over the past two years, recognizing the highs and lows that come with making his dreams come true.

“The biggest changes that have happened in my life over the past two years are my perspective and outlook on the world. Gratitude has to be at the center of everything that I do. That is really what my character arc as a person has been over the past year: trying to really enjoy and appreciate everything, whether it is inherently positive or feels like it might not be, and recognizing that everything works together for the good, whether it’s an outright blessing or a lesson.”

Breland carries this sense of gratitude into Cross Country, hoping that fans find a piece of themselves in the music wherein he bears his heart and soul.

“I’ve always been someone that wants to inspire and motivate, so I hope that when people hear the project, they’ll be able to see my heart and my story, and then see their story in mine,” he says. “I want people to challenge some of their own notions about what country music is and what it sounds like, and hopefully introduce people to different sounds. Whatever perspective you come into this album listening with, you’ve probably never heard a project like this. I’m trying to introduce people to a new sound and then hopefully also motivate them to do whatever it is that moves them.”