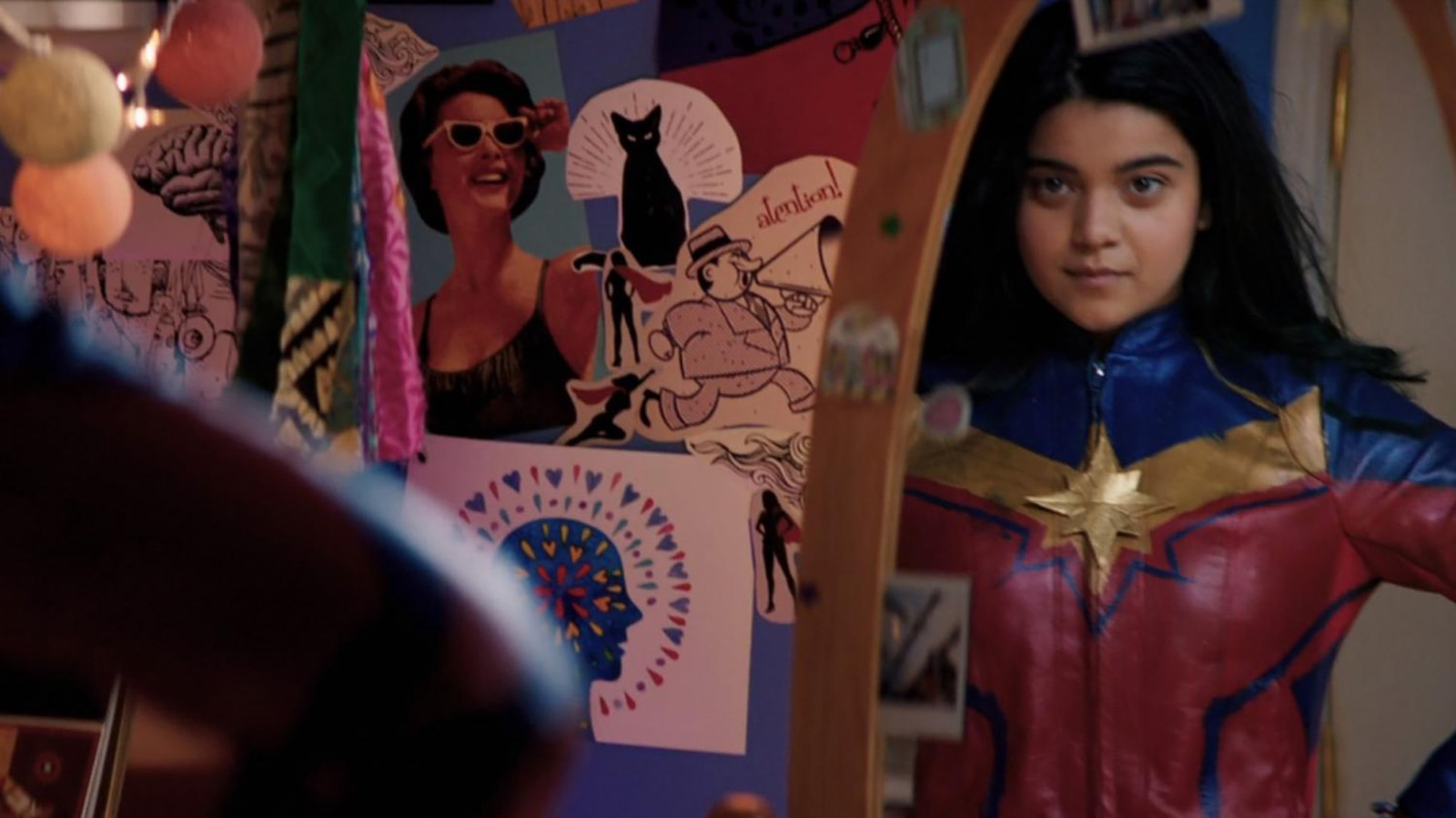 In the new trailer for the Disney+ series Ms. Marvel, the Marvel Cinematic Universe is tackling one of the biggest forces of evil the world has ever seen: teenagers. Those pesky brats are all over the place in the first look at Marvel’s splashy summer series, which follows the newest, youngest superhero in the bunch, Kamala Khan (Iman Vellani), aka Ms. Marvel.

Though this first trailer doesn’t introduce us to any big bads, it’s clear that Kamala’s biggest villains are the bullies at her high school who shame her for being a Captain Marvel fangirl. (This is apparently the complete opposite of real life, in which the MCU is one of the highest grossing, most popular series of all time—though it perhaps mirrors the real-life backlash against Captain Marvel.) Call her an Arianator of the Captain Marvel fanbase: Kamala has dedicated her whole life to the celebrity superhero, which eventually lands her a gig as a full-time crusader.

The first half of the trailer sees Kamala tripping her way through high school and struggling to focus on homework when all she can think about is boys. Oh, and becoming an Avenger, of course. She’s not sure how that’ll pan out for her—“It’s not really the brown girls from Jersey City who save the world,” a dejected Kamala says in the clip—until she earns “cosmic” powers. After nearly 15 years of the MCU, we know where it goes from here!

The original Marvel comics, which began in 2013, made Kamala the first Muslim superhero to headline her own series. G. Willow Wilson’s series focused on Kamala’s struggles with high schoolers, becoming a superhero, and her Pakistani American family, which has faced backlash from a handful of right-wing blogs.

After her upcoming debut in Ms. Marvel, Kamala Khan is set for a bright future with the MCU. The character is set to appear in The Marvels, in which she’ll finally touch base with Captain Marvel herself, as well as WandaVision’s Monica Rambeau (Teyonah Parris), daughter of Maria Rambeau (Lashana Lynch). The Marvels, which is directed by Nia DaCosta, is expected to land in theaters in 2023. Until then, Kamala will have to duke it out with the normy teens who won’t leave her alone.