‘Morning Joe’ Rips DeSantis for Bullying Kids in Masks: ‘Was That Guy Raised in a Barn?’ 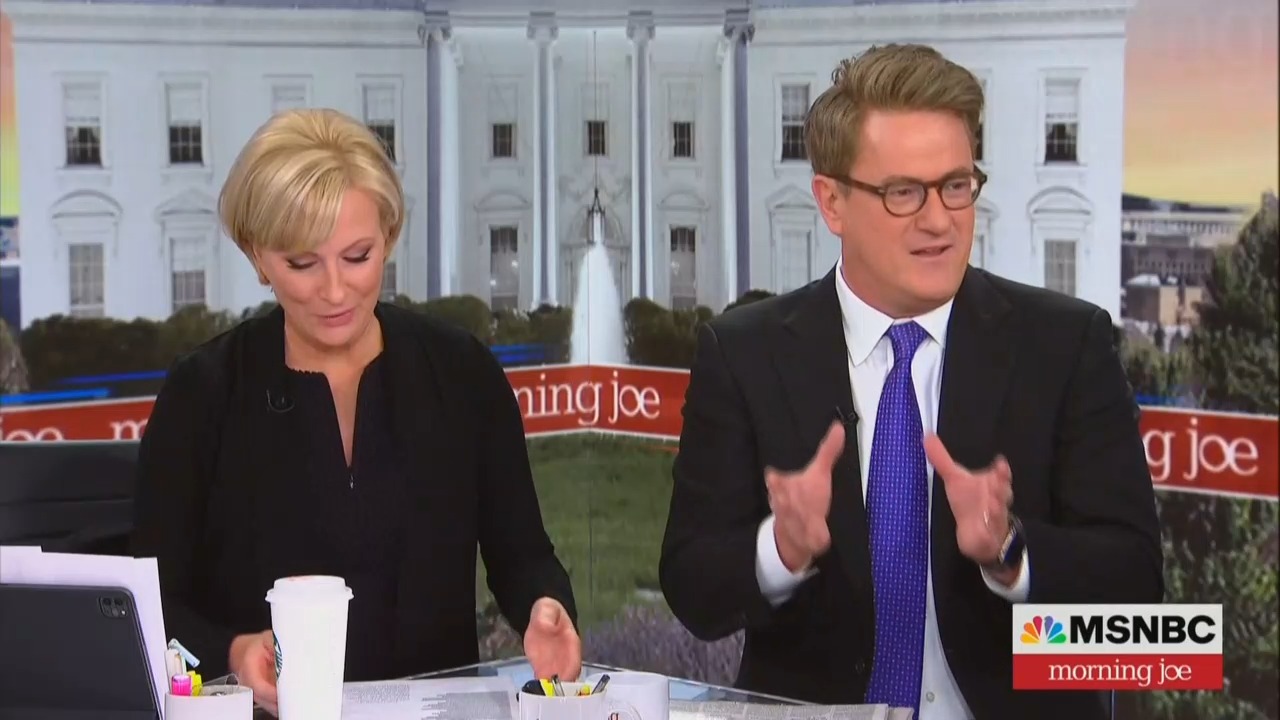 “Was he raised in a barn?” Ask the talk show host!

MSNBC’s Joe Scarborough ripped into Florida Governor Ron DeSantis Thursday morning after the politician berated kids for wearing masks and told them, “we’ve got to stop with this COVID theater.”

Scarborough and his “Morning Joe” panel watched the now-viral DeSantis clip where, on the Governor’s way to the podium at the University of South Florida, he told some young people standing behind him to take their masks off, saying it didn’t do them any good, and adding, “If you want to wear it, fine, but this is ridiculous.” And immediately after viewing the video, the MSNBC host found himself taken aback by the way the Governor spoke to the students.

“Good Lord, where was that guy raised? In a barn? I’m serious, was that guy raised in a barn?” Scarborough said to co-panelists Mika Brzezinski and Willie Geist. “That’s what we say in the South when somebody’s rude. A guy, Willie, being rude to kids. Seriously, this is – this is a question I ask: Who raised him? … Who would want their child to behave that way toward other children? … You and I, our kids are involved in sports. Our parents saw us when we’re involved in sports. You know, whenever you see coaches going after kids and whenever you see parents going after – it’s just so offensive. And [I] just wonder what is it about this party now, this Donald Trump party, where rudeness becomes a defining characteristic that actually the base looks for?”

During Wednesday’s appearance, DeSantis went from masks to discussing the crisis in Ukraine, pivoting to France and going on to suggest that the French may not have fought back if Russia had invaded their nation. Those comments also had Scarborough reeling.

The 5 Retirement Mistakes to Avoid At All Costs

“This guy went to Yale,” Scarborough said. “And I’m not asking him to know history because he went to Yale. … Maybe he studied basket weaving at Yale. I’m not sure. They didn’t let me even walk on the campus. … I’m not allowed on Ivy League campuses. But anyway, they’re afraid I might try to apply again for a school.”

He continued: “But I’m just not sure where that attack against the French came from, because those flip comments brought me back to what the French President Emmanuel Macron said back in 2018 when Donald Trump retreated and abruptly announced that he was going to force troops that wanted to stay in Syria, to help their Kurdish allies.”

Scarborough then offered his own recent history lesson on France’s actions on a global stage, including recounting how President Emmanuel Macron said he deeply regretted former president Donald Trump’s decision to pull the U.S. out of Syria.

“It was the French that wanted us to stay in Syria with them and help other allies. You can say the same thing about Afghanistan. When we left Afghanistan, it was the French who said, ‘What are you doing? We need to stay here. We need to behave honorably. We have to honor our commitments,'” Scarborough said. “So again, you know, DeSantis, he doesn’t need to learn about the French resistance from 1940 to 1945. Just, I don’t know, read newspapers. It happened a few years ago, Ronnie. Not that hard. Not that hard to figure out. But again, Willie, just pure ignorance after being extraordinarily rude – to kids.”