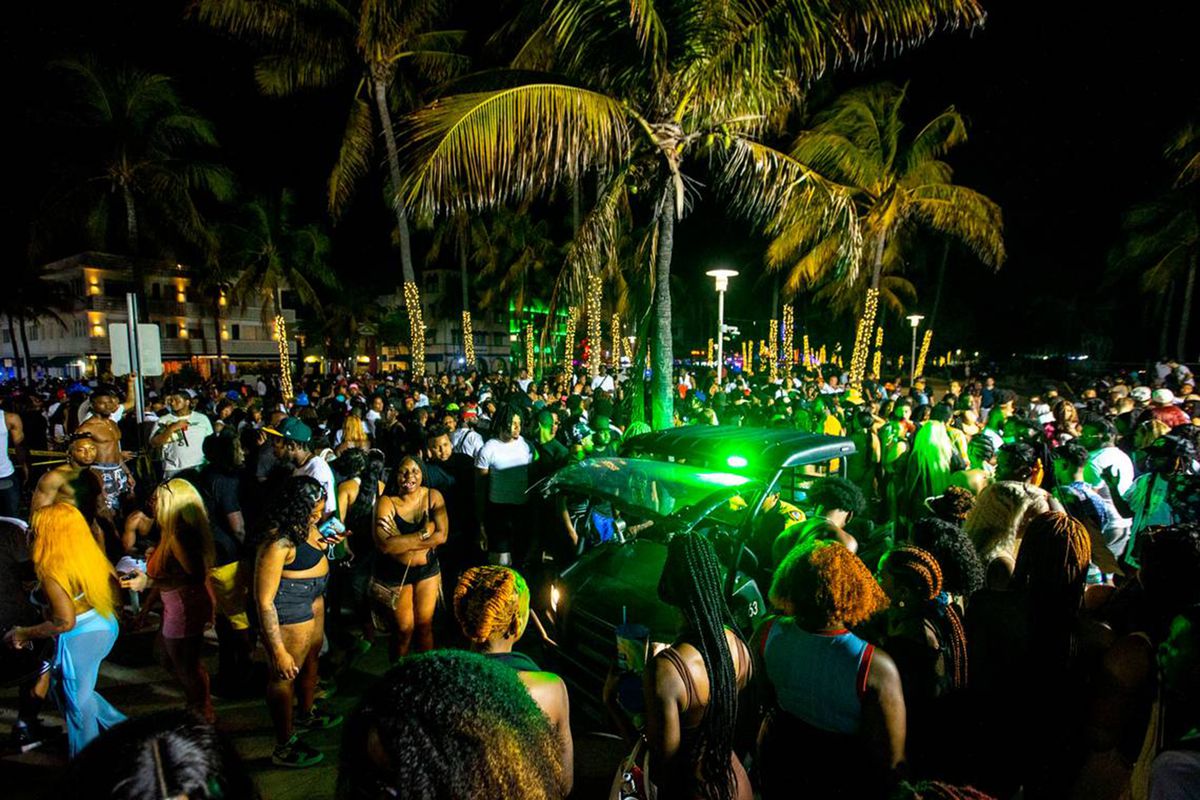 Faced with an onslaught of spring break revelers, Miami Beach officials declared a state of emergency on Monday and announced a curfew for the city’s South Beach area after two shootings over the weekend that left five people wounded.

Mayor Dan Gelber said the shootings came during a period when “tens of thousands of people” descend upon the city, creating an unwanted “young party-hard crowd.”

“We can’t endure this anymore, we just simply can’t,” Mr. Gelber said, adding that 371 police officers had been deployed over the weekend. “This isn’t your father’s, your mother’s spring break. This is something totally different. We don’t ask for spring break, we don’t promote it, we don’t encourage it, we just endure it, and frankly it’s something we don’t want to endure.”

City commissioners will meet on Tuesday to finalize the curfew, which runs from 12:01 a.m. to 6 a.m. this Thursday through Monday. The curfew applies to a specific area in South Beach with many bars and restaurants, said Veronica Paysse, a spokeswoman for the city.

The police will ask people to go home after midnight, Mr. Gelber said. City officials will also consider having a curfew on following weekends.

Alina Hudak, the city manager, characterized the two shootings as “cowardly acts of random people who come into our city and behave this way.”

A little after 1 a.m. Monday, two women were shot on Ocean Drive, a promenade lined with bars and restaurants that attracts many tourists and revelers according to the Miami Beach Police Department. A day earlier, around midnight, three people were hospitalized with non-life-threatening injuries after a shooting that also occurred on Ocean Drive. The shootings remain under investigation, the police chief, Richard M. Clements, said.

Since spring break began in mid-February, nine officers have been injured in various episodes, Chief Clements said, adding that 37 firearms had been confiscated over the last three days. He said there had been an increase in weapons seized, noting there had been 100 so far this year, compared with 85 by this time last year.

An island with “limited capacity,” Miami Beach isn’t built to accommodate the type of crowds that gather there during spring break, Ms. Hudak said. The South Florida city is connected by several bridges to the rest of the Miami metropolitan area.

City officials voiced frustration with Miami Beach’s reputation as a spring break destination, which they said was unwelcome and resulted in large crowds overwhelming the city each year. Last year, the city also adopted a state of emergency, enabling it to enact a curfew during spring break to try to diminish crowds.

“We haven’t been able to figure out how to stop spring break from coming,” Mr. Gelber said. “We don’t want spring break here, but they keep coming.”