‘Mama Sarah’, Obama’s grandmother died in a Kenyan hospital at 99 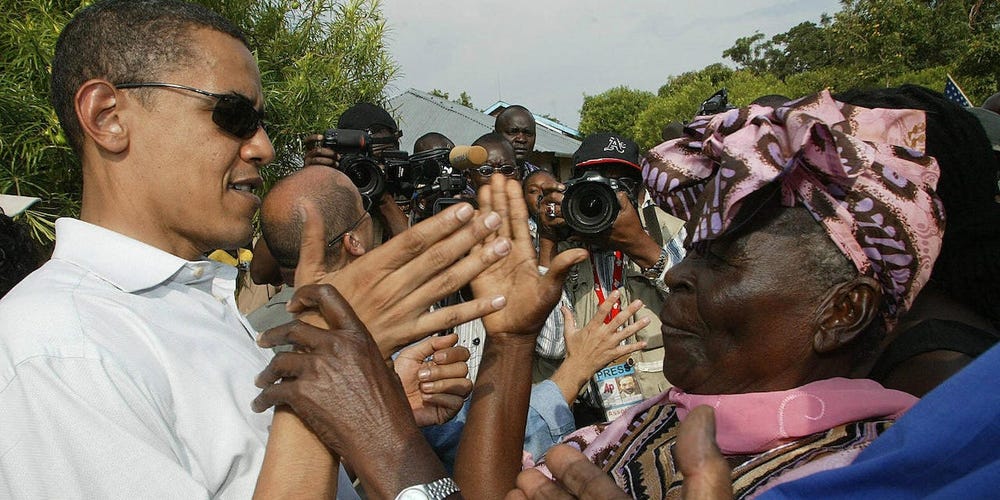 “My family and I are mourning the loss of our beloved grandmother, Sarah Ogwel Onyango Obama, affectionately known to many as “Mama Sarah” but known to us as “Dani” or Granny,” the former president posted on Twitter, with a photo of the young Obama with his grandmother.

Obama paid tribute after his father’s stepmother died of natural causes at a hospital in the western Kenyan city of Kisumu.

“We will miss her dearly, but we’ll celebrate with gratitude her long and remarkable life,” the former president tweeted.

Although many Kenyans fondly referred to the Obama matriarch as “Mama Sarah,” the former president said the family simply called her “Dani,” which means grandma in the local Luo language.

A daughter of the elderly grandmother confirmed her death early Monday, a few days after she was hospitalized.

“We are devastated,” said Marsat Onyango, the daughter said.

She will be buried Tuesday before midday and the funeral will be held under Islamic rites.

Restrictions to prevent the spread of coronavirus limit the size of funerals in Kenya, which is suffering a surge of infections and deaths from the pandemic.

The Daily News political team supplies the essential news and analysis on the critical 2021 elections in New York City that will define the city’s future after coronavirus. Sent to your inbox every Monday, Wednesday and Friday.

“We’ve lost a strong, virtuous woman, a matriarch who held together the Obama family and was an icon of family values,” President Uhuru Kenyatta said.

Sarah Obama, who was the second wife of President Obama’s grandfather, was revered for her tireless work on behalf of orphans and often took orphans into her home in rural western Kenya.

“I love education because children learn they can be self-sufficient,” especially girls who too often had no opportunity to go to school, said Obama in an interview with AP in 2014.

“If a woman gets an education she will not only educate her family but educate the entire village,” she said.

In his memoir, “Dreams from My Father,” President Obama described meeting his paternal grandmother during his 1988 trip to his father’s homeland.

They struggled to communicate at first but later developed an enduring warm bond, he wrote, and the matriarch later attended his first inauguration as president in 2009.