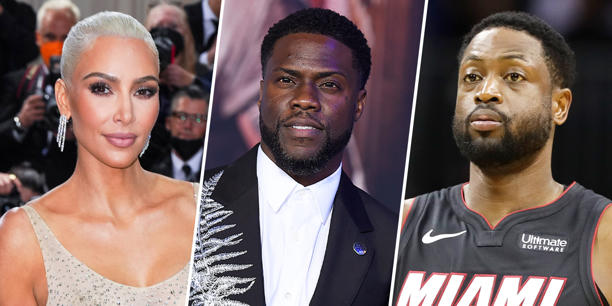 Some of the world’s most recognizable faces have been served with notices for repeatedly exceeding their monthly water budget amid a dire drought in California, according to the Las Virgenes Municipal Water District.

Requests for comment from the celebrities were not immediately returned.

They’re among over 1,600 customers to be served with this notice since the water district started issuing them in December 2021, McNutt said. Las Virgenes provides service to around 76,000 residents and has 22,000 service connections. McNutt now wants these celebrities to lead by example and use their platforms to bring awareness to the historic drought.

“The reason this is important is that those individuals have a platform that they could use, like social media — some of them have millions following them,” he told NBC News.

“What I want them to do is work with me, work with my district, in order to put out public service announcements and educate the community on how dire this drought is. I want those celebrities to lead by example, then use that knowledge for themselves.”

McNutt, however, noted that “the celebrities’ properties are massive” and he doesn’t expect them to change their water consumption overnight.

California Gov. Gavin Newsom expanded a statewide drought emergency in October 2021 as the state struggled with unprecedented dry conditions and an ongoing strain on state water resources. This authorized the state water board to ban wasteful water uses, such as using potable water for washing sidewalks and driveways.

The Las Virgenes Municipal Water District declared a state of emergency as a result and called for mandatory reductions in water use. Customers were asked to reduce their usage, and if they didn’t were subject to penalties including a charge of $2.50 to $10 per extra unit of water, or even having a “flow restriction device” installed in their homes, according to the water district.

“Visualize it, you have a one inch pipe with no restrictions, then we put on a flow restrictor — a stainless steel disk with a one inch diameter,” NcNutt said, describing the devices. “So, water flows through that, imagine how much your water pressure and water is reduced. More than anything, it completely removes the functionality of an outdoor irrigation system, and 70% of water consumption usually goes towards outdoor irrigation systems.”

The flow restriction device can be installed in homes that have exceeded the monthly water budget three or more times. It’s first installed for two weeks maximum, then the customer is monitored by the district. If water usage doesn’t improve, the device will be reinstalled for a month.

“We’re very serious about this, this drought is more dire and more historic than anything this state has ever seen, hands down,” said McNutt.

Earlier this month, Newsom announced a strategy for the state which “prioritizes actions to capture, recycle, de-salt and conserve more water,” according to a news release.

But the Kardashians, Hart, Wade and Stallone will not be getting flow restriction devices installed at their homes because they’ve all signed a “Water Use Commitment Form.”

NBC News obtained a copy of the form, which allows customers to request a water use survey from the district as well as receive tips from specialists on how they can cut down their usage.

It also requires customers to demonstrate “significant improvement in the efficiency” of their water use each month after submitting the form by doing things like installing “a weather-based irrigation control device” to help reduce outdoor water use. If no positive progress is made, the customer could face financial penalties and flow restriction devices.

“The district’s position is it doesn’t matter who you are, how successful you are, how much money you have — everyone is treated exactly equal,” said McNutt. “So, you can be Kim K, or any of these other celebrities, and you’ll get a flow restrictor.”

In response to a Los Angeles Times story on the notices, the Wade family told the paper they had “taken drastic steps to reduce water usage in accordance with the new city guidelines and have since we moved into our home.”

A lawyer for Stallone told the Times, “My client has been addressing the situation responsibly and proactively.”