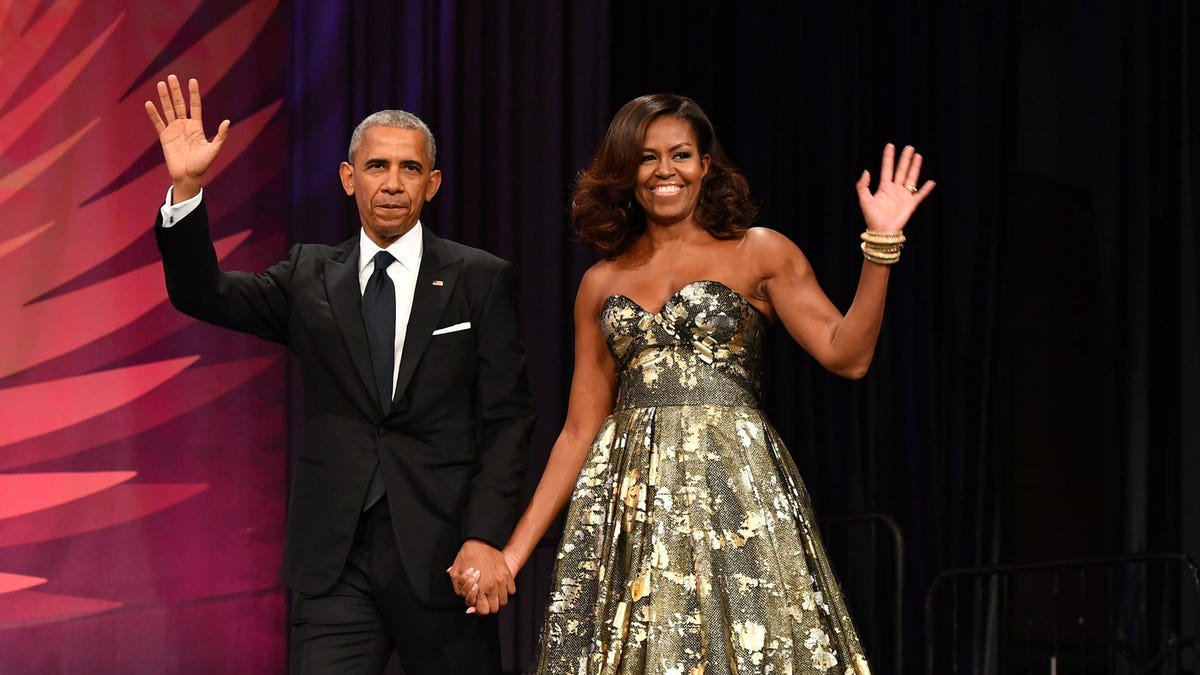 Former President Barack Obama and his wife Michelle Obama will return to 1600 Pennsylvania Avenue Wednesday for the long-awaited unveiling ceremony of their official White House portraits, the first time the tradition has taken place in a decade.

President Joe Biden and First Lady Jill Biden will host the ceremony, which will mark the first joint return to the White House for the Obamas since they left in 2017 during the Trump inauguration.

After a president and first lady leave the White House, their immediate successors usually welcome them back for an often-bipartisan ceremony to unveil the portraits, a tradition former President Donald Trump bucked during his administration, reportedly over his poor relationship with Obama.

The Covid-19 pandemic also forced the ceremony to be pushed back, White House Historical Association President Stewart McLaurin told CNN, saying it was important for the portraits to come on display when the public is able to visit and see them in-person (public tours of the White House were only reinstated in April).

What To Watch For

Which artists were commissioned for the two portraits and how they depict the Obamas. Presidents and first ladies influence over their portraits, and artists selected aim to capture both their appearances and personalities as they weave presidential history through the works of art, according to the White House Historical Association. These portraits are different from the Smithsonian portraits of the two, which are on a national tour.

The last time a set of portraits were unveiled at the White House was in 2012, when former President George W. Bush and first lady Laura Bush’s portraits were revealed in a ceremony hosted by the Obamas. “We may have our differences politically, but the presidency transcends those differences,” Barack Obama said at the time. The White House portraits shouldn’t be confused with the collection at the Smithsonian’s National Portrait Gallery, the only complete collection of presidential and first lady portraits outside of the White House. In 2018, portraits of Barack Obama and Mrs. Michelle Obama by artists Kehinde Wiley and Amy Sherald, respectively, were installed before the couple left the White House. The paintings were later sent to other art institutions as part of a popular national tour.

The Obama return to the White House comes amid tension between the Obama and Biden camps, according to the Washington Post. Some Biden staffers are “resentful” that Obama didn’t support Biden’s presidential run more and are frustrated by what they say is a lack of respect, while Obama loyalists say Biden staffers brag that they have “avoided the mistakes” of Obama’s administration, including a failure to publicize the president’s accomplishments, the newspaper reported. The White House denied “the idea of any tension” between the presidents and their camps, according to the Washington Post.