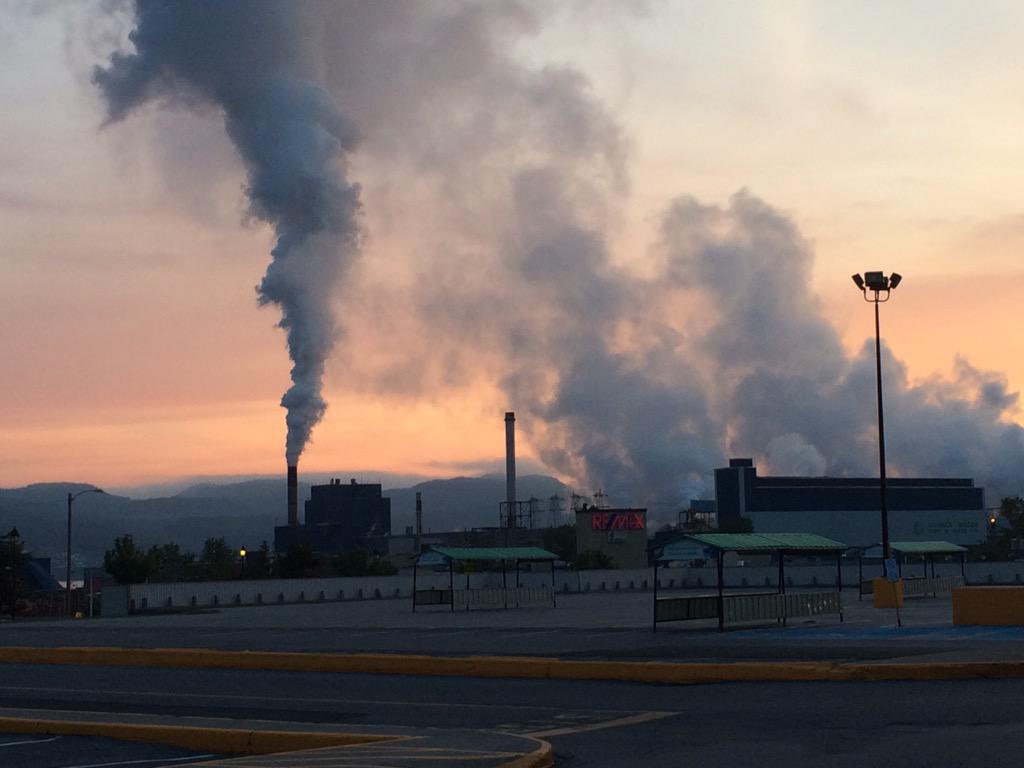 As climate change makes droughts more frequent and severe, major population centers across the world are suffering through droughts this summer.

According to the National Weather Service, 36% of the New York City metropolitan area — the most populous metropolitan region in the United States, with more than 20 million residents — is in a “severe” or “extreme” drought.

On Thursday, the U.S. Drought Monitor, — a joint project of two federal agencies and the University of Nebraska — released its latest report which listed the south shore of Long Island and a chunk of north-central New Jersey as being in “severe drought.” The New York City borough of Staten Island and parts of Brooklyn are also in a severe drought. For Brooklyn, which has 2.5 million residents, this is its first severe drought in 20 years. Manhattan’s Central Park averages 10.7 inches of rain from June 1 to Aug. 11, but this year it received just over 8 inches in that period, leaving many plants shriveled and lawns brown.

“Crops in New Jersey are noticeably smaller than before, or the plants themselves simply not growing nearly as high, due to the dry conditions,” the outlet reported on its website. “Corn fields are withering on their stalks, with corn cobs barely fit for consumption. Apples much smaller than normal by this time of year.”

Some local governments have instituted restrictions on water usage. The east end of Long Island, home to the famed beachfront mansions of the Hamptons and the vineyards of the North Fork, is in a “stage one water emergency.” Residents with irrigated lawns and gardens have been asked to stop irrigation between midnight and 7 a.m., to preserve water pressure for firefighting. An area resident told Yahoo News that non-irrigated lawns have turned visibly brown from the hot weather and a lack of rain.

The New York City area is just one of many across the United States undergoing a drought. Parts of eastern Connecticut, Massachusetts and Rhode Island are in severe drought. Connecticut Gov. Ned Lamont on Thursday announced a stage 3 drought level, corresponding to a moderate drought, for Middlesex, New London and Windham counties, each of which have received roughly 60% to 65% of normal precipitation thus far this year.

“Droughts are cyclical, typically occurring in New England every 10 years… What [Ken Ayars, an official with the Rhode Island Department of Environmental Management] has noticed, however, is the droughts are coming every two years.”

“The intervals between droughts are shorter… Compared to 2020, this is much more significant because it’s following the previous drought.”

The Northeast’s drought is comparatively minor, though, relative to a two decades-long megadrought across the western U.S. Extreme drought conditions are currently found in parts of Texas, Oklahoma, Kansas, Nebraska, Utah, Nevada, California, New Mexico and Oregon, among other states. Water usage restrictions are already in effect in a number of jurisdictions, including parts of California. Earlier this month, the United Nations warned that the two largest reservoirs in the U.S. — Lake Mead and Lake Powell, both created by dams on the Colorado River — are at “dangerously low levels.”

The surge in summertime droughts is not limited to the United States. In China, a nationwide drought alert was issued on Friday. Record-breaking droughts in the country have caused some rivers to run dry, causing significant economic damages. The Yangtze, the world’s third-longest river, has reached record-low water levels this summer.

As a result, hydropower plants are operating at reduced capacity and shipping has been interrupted. The province of Sichuan has suspended or limited power supply to factories, causing firms such as Toyota and Tesla to suspend production. The provincial disaster committee said last Saturday 116,000 acres of crops have been lost and 1.1 million acres have been damaged by the drought and the heat wave baking southwestern China.

Rivers are also going dry in Europe, where a summer of climate disruption has seen record-setting heat waves across the continent, leading to thousands of deaths and the number of wildfires on pace to be the worst year on record. The Loire River in France is currently barely navigable due to drought.

“The Loire’s tributaries are completely dried up. It is unprecedented,” Eric Sauquet, head of hydrology at France’s National Institute for Agriculture, Food, and Environment, told Reuters last Wednesday.

“Looking to the future, as the frequency of extreme weather events looks set to grow, the future could be even more bleak,” Bernice Lee, chair of the advisory board of the London-based Chatham House Sustainability Accelerator in London told the Guardian on Monday.

In addition to the fact that warmer temperatures increase evaporation and dry out soil and plants, climate change increases drought risk and intensity in other ways. For example, many places depend on water from melting winter snowpacks to help sustain plant and animal life. However, the average global temperature has increased 1.1 degrees Celsius (2 degrees Fahrenheit) since the mid-19th century. That means less precipitation will fall as snow and more as rain in the winter, and that rain will be long gone by summer. Warmer temperatures in the spring also mean snowpack will melt earlier and more quickly.

Attributing specific droughts to climate change is complicated, but scientists are developing the tools to do so. A 2020 study in the journal Science looked at changes in temperature, relative humidity and precipitation between 1901 and 2018 in the western U.S. and found that climate change is responsible for 46% of the current megadrought’s severity.

“The loss of water from our reservoirs evaporating off is higher,” said Peter Gleick, co-founder of the Pacific Institute in Oakland, Calif., in an interview with Yahoo News last year. “The demand for water from agricultural crops is greater. And so, the warnings that the climate cycle and the water cycle are changing, and that those impacts are going to be increasingly severe, are now coming true.”