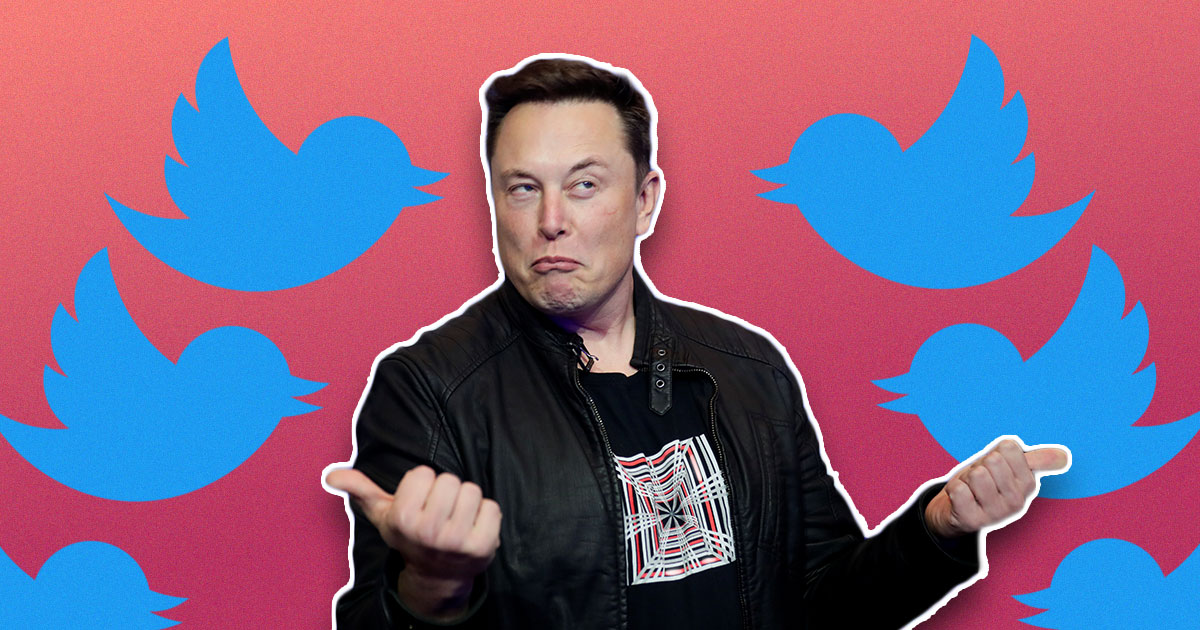 Elon Musk is offering to buy Twitter for $43 billion, saying the social media company “needs to be transformed as a private company.”

The billionaire and founder of electric car maker Tesla, who earlier this month disclosed he owns a 9.2% stake in Twitter, proposed in a regulatory filing on Thursday to buy all of the company for $54.20 per share.

“I invested in Twitter as I believe in its potential to be the platform for free speech around the globe, and I believe free speech is a societal imperative for a functioning democracy,” he said in the filing. “However, since making my investment I now realize the company will neither thrive nor serve this societal imperative in its current form.”

In a statement, Twitter said it has received Musk’s offer and that its board “will carefully review the proposal.”

Twitter shares rose 3.6% to $47.49 in early trading. Shares in the social media platform, which was valued at $37 billion prior to Musk’s offer, had declined by roughly a third over the prior year.

Describing Twitter as having “extraordinary potential,” Musk said his unsolicited bid is his “best and final offer.” He also said he would “reconsider” his investment in the company if his offer is rejected.

Musk, who also founded SpaceX, on April 4 revealed that he had bought a $2.9 billion stake in Twitter, making him its biggest shareholder. The company said at the time that the entrepreneur would join its board of directors, but Twitter CEO Parag Agrawal said on Sunday that Musk had changed his mind and would not take a seat as a board member.

Musk’s offer of $43 billion for Twitter represents roughly a sixth of his $259 billion fortune, which according to Bloomberg makes him the richest person in the world.

Wedbush Securities analyst Dan Ives described Musk’s offer to buy Twitter as an “aggressive hostile takeover” and said he expects the bid to succeed. Twitter’s board will likely either have to accept his offer or solicit other bids, he predicted.

“It would be hard for any other bidders/consortium to emerge,” Ives said. “There will be host of questions around financing, regulatory, balancing Musk’s time (Tesla, SpaceX) in the coming days but ultimately based on this filing it is a now or never bid for Twitter to accept.”

Musk’s 80.5 million Twitter followers make him one of the most popular figures on the platform, outpacing celebrities such as Kim Kardashian and Selena Gomez.

But his frequent tweeting has sparked regulatory issues as well, such as his long-running dispute with the Securities and Exchange Commission after he tweeted in 2019 that he had the money to take Tesla private at $420 per share. That didn’t happen, but caused the stock to jump and attracted regulators’ attention.

As Twitter’s largest shareholder, Musk had been expected to push the company on issues of free speech, a topic on which he’s been outspoken. His acquisition offer letter underscored this issue, with Musk flagging his focus on “free speech.”

In his offer, Musk also hinted that he may want to change how Twitter operates. For instance, he has called for wider access to “verified” accounts, or Twitter accounts that are accompanied by a blue check mark, which is held in reserve for public figures, journalists and other people in the news.

Revenue has been rising at Twitter, with 2021 sales increasing 36% to more than $5 billion. But the company has lost money for the prior two years, and some investors believe it is trailing social media competitors. If Twitter rejects the offer, it will need to offer a persuasive explanation, one analyst noted.

“If Twitter turns down this offer, it also needs to be clear as to why it believes the premium valuation in this offer does not properly reflect the long-term story and opportunity for Twitter,” Wedbush analyst Ygal Arounian said in a research note.