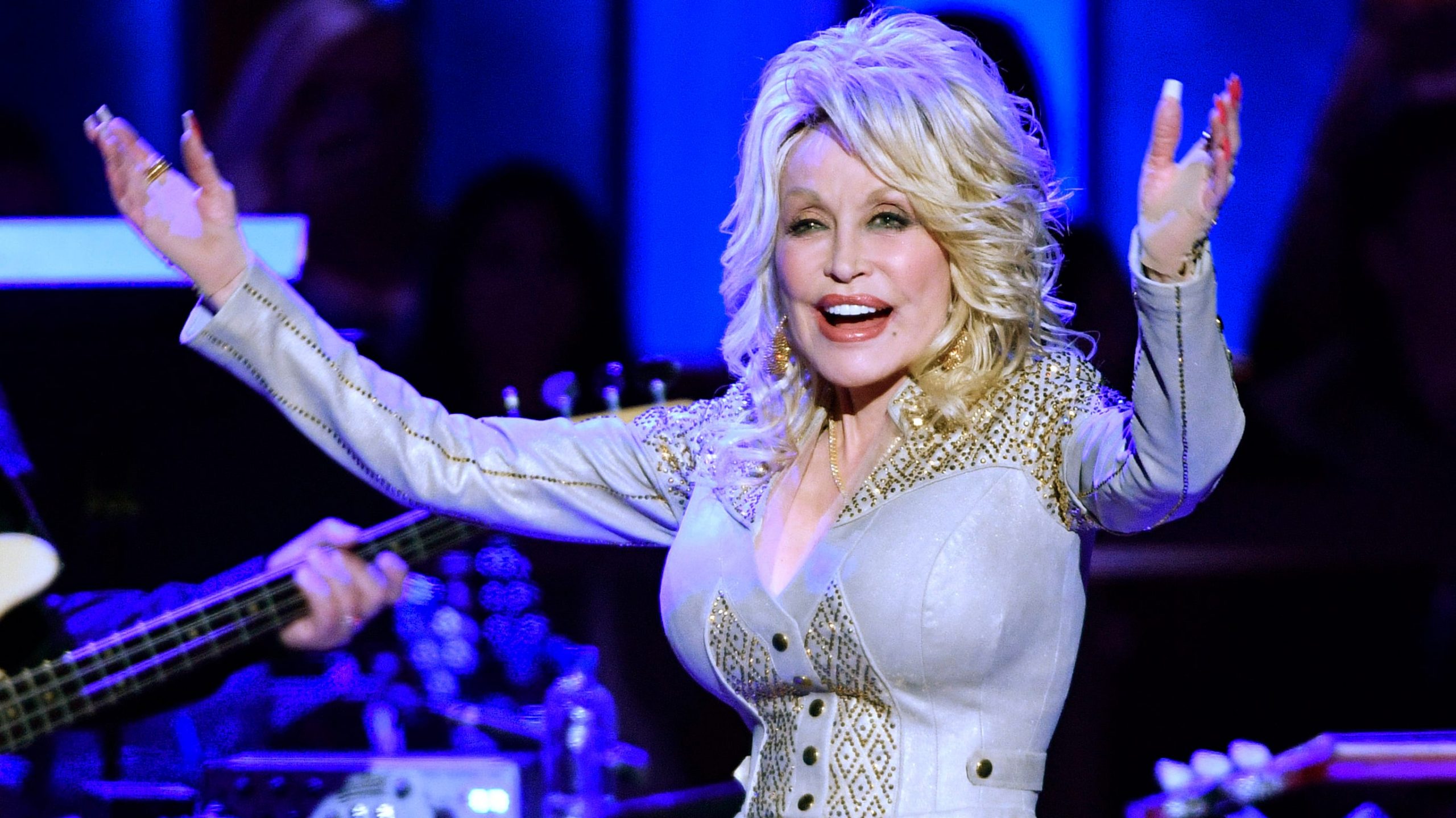 BUT ROCK & ROLL HALL OF FAME, YOU ARE GETTING IT ANYWAY DOLLY!

Legendary country songstress Dolly Parton announced Monday that she is declining her nomination to the Rock & Roll Fame, saying she doesn’t “feel that [she] has earned that right.”

Getty Images, Dolly Parton performs on the Pyramid stage on Day 3 of the Glastonbury Festival at Worthy Farm

Parton, 76, said on social media that while she is “flattered and grateful” to have received a nomination last month, she does not feel she deserves the honor and doesn’t want “votes to be split because of me,” so she has rescinded her name from consideration.

The “Jolene” singer said she hopes the Rock & Roll Hall Of Fame will consider her again “if I’m ever worthy” and that she hopes to put out a “great rock ‘n’ roll album at some point in the future.”

That’s how many Grammy awards Parton has won. She’s been nominated 51 times. She’s released dozens of studio and live albums and her catalog achieved 3 billion streams in 2021.

This is not the first time Parton has rejected an honor. Last year she said that she was offered two Presidential Medals Of Freedom by the Trump administration, but didn’t accept because her husband was ill, and then again because she could not travel because of Covid-19.

In August, Parton made Forbes’ 2021 list of America’s Richest Self-Made Women for the first time, with an estimated fortune of $350 million. To be eligible for the 2022 Hall Of Fame nominations, artists had to have released their first recording at least 25 years ago. Nominees are then voted on by a body of over 1,000 members of the music industry. This was Parton’s first year being nominated for the award. Other 2022 nominees include Eminem, Beck, Dione Warwick, Carly Simon, Rage Against The Machine, Lionel Richie and A Tribe Called Quest. In Parton’s nomination, the Hall Of Fame wrote “a living legend and a paragon of female empowerment, Parton is beloved not only for her prolific body of work, quintessential style, and philanthropic efforts, but for the humor, wit, and self-deprecating grace that shine through everything she does.”

Parton donated $1 million in April 2020 to Vanderbilt University Medical Center, which worked with Moderna to create the drugmaker’s Covid-19 vaccine. Parton’s company, Dollywood, announced last month it would pay 100% of college tuition for all of its employees.