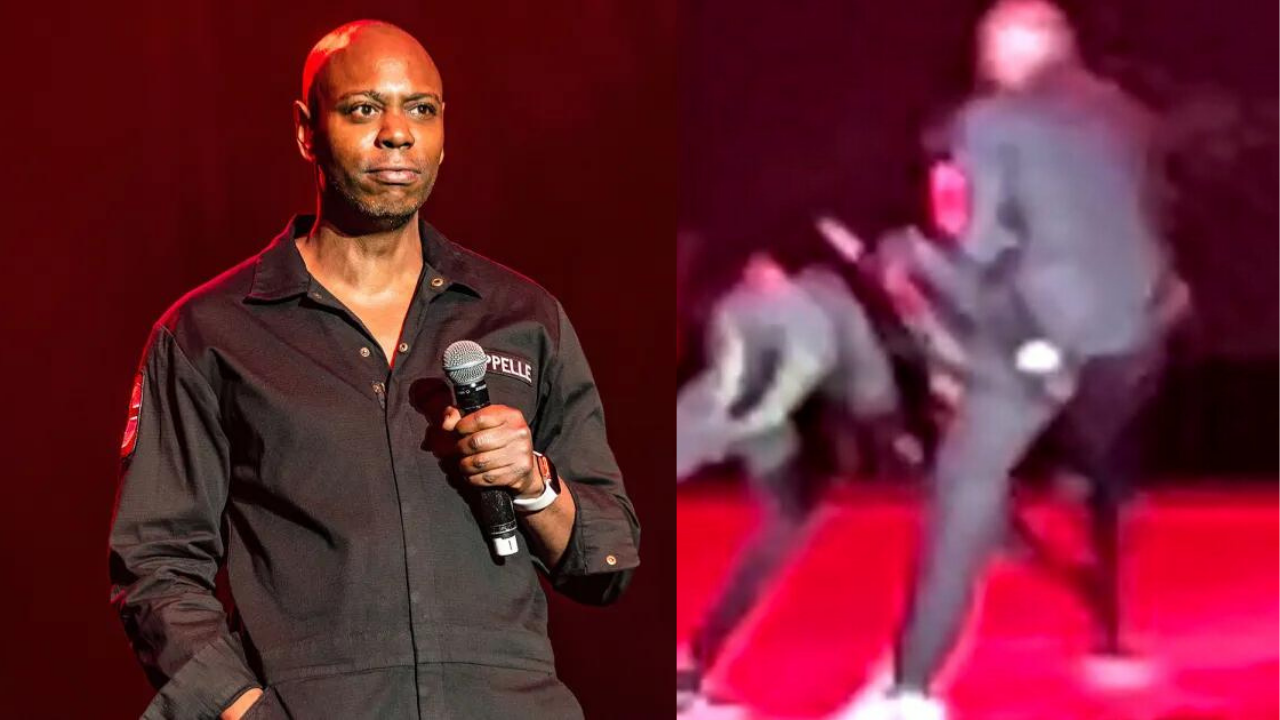 Stand-up comedian Dave Chappelle was attacked Tuesday night by an audience member during a live performance at the Hollywood Bowl in Los Angeles, according to the Los Angeles Police Department.

A male suspect jumped on stage and onto Chappelle as he was about to exit, police said. Security officers intervened at that time to detain the suspect.

The suspect, identified by police as Isaiah Lee, 23, was charged with felony assault with a deadly weapon. He suffered “superficial injuries” while being detained, according to law enforcement. He has been taken to a hospital for the injuries and to be evaluated.

The LAPD said the man was armed with a replica gun that ejects a knife blade when discharged. It wasn’t immediately clear what the suspect’s motive was.

Chappelle, who was performing as part of the Netflix Is A Joke festival, was not injured in the attack, the LAPD said.

The incident appeared to align with fears in the comedy world that Will Smith’s Oscars attack on Chris Rock, who joined Chappelle onstage after Tuesday’s incident, could lead to similar assaults. Smith was banned from the Academy Awards for 10 years over his onstage assault of Rock, but Rock didn’t press charges.

Rock appeared alongside Chappelle shortly after the incident, according to footage circulating on social media. He was seen taking a microphone from Chappelle to quip, “Was that Will Smith?”

Chappelle recently struck a new deal with Netflix to produce more comedy specials after recent controversies. The 48-year-old comedian faced sharp criticism and protests last year when his routine in the Netflix special “The Closer” was accused of being transphobic.

In October, hundreds of people protested outside Netflix’s headquarters, calling on the streaming giant “to avoid future instances of platforming transphobia and hate speech.” Chappelle said in his Netflix special that LGBT people were “too sensitive” and that “gender is a fact.” He has since hit back at those he claims are trying to “cancel” him.