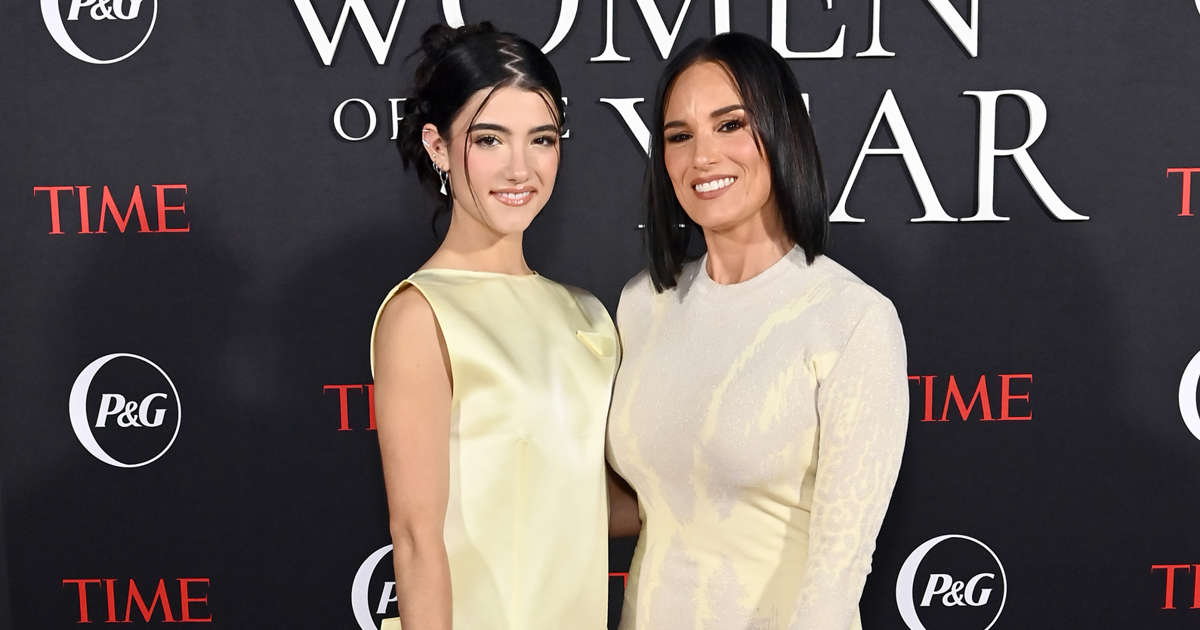 “I was so excited for the both of us, especially to do this together!” said Charli D’Amelio, of competing on the Disney+ series with mom Heidi D’Amelio

From TikTok to the ballroom! Charli D’Amelio and her mom Heidi D’Amelio are joining the cast of Dancing with the Stars for the competition show’s upcoming 31st season.

The social media and reality stars — who can be seen on the Hulu series The D’Amelio Show — are the first two cast members to be confirmed for the upcoming season, which will debut on Disney+ Sept. 19 after a move from ABC.

Their casting was announced during an appearance on Wednesday’s Good Morning America, where the pair explained to anchor Michael Strahan how surprised they were to hear they had made the cut.

“I was in shock,” Heidi, 50 said, Charli — who has a 10-year background in competitive dance – adding that she thought producers “were joking” when she was told. “I didn’t think they were being real, I thought it was a prank,” Charli, 18, said. “But when they were like, ‘ No this is real,’ I was so excited for the both of us. Especially to do this together!”

Charli and Heidi will be the first mother-daughter pair ever to compete in the history of DWTS.

The two often dance together on TikTok, where Charli first rose to fame in 2019 when her videos going viral. She’s only blown up more from there, becoming the first content creator to reach both 50 million and 100 million followers on the platform. She currently has over 146 million followers.

Sister Dixie D’Amelio, 21, has also found fame on the platform, and hosts a talk show on YouTube called The Early Late-Night Show. She’s also launched a career in music as a singer.

The D’Amelio Showfollows both sisters, as well as Heidi and her husband Marc D’Amelio (a 2018 Republican candidate for the Connecticut State Senate). The first season of the show premiered on the streamer last September and is returning for season 2 on Sept. 28.

Battling it out on the dance floor for the mirror-ball trophy will certainly be tough for Heidi and Dixie, but trying to get the votes of their loved ones is the real challenge.

When asked on GMA about where their family’s allegiances will align with both of them competing, Charli said she thinks she has her sister’s vote. “There’s definitely going to be a little side-eye if my own father or sister don’t vote for me,” Charli said. “I guess we’re going to have to see who they like better. … I think my sister is definitely on my side. She is my roommate, so she has to live with me — she better be on my side!”

Heidi isn’t going down without a fight though, jokingly pulling the mom card. “I still cook for her sometimes, so…” she laughed, adding that she’d be “checking phones” of her daughter and husband. “I want to see who they’re voting for.”

Despite their rivalry, Charli and Heidi noted that they’ll be there to support each other. “It would be nice to have some smack talk, but she still also is my mother,” joked Charli. “I’m 18 but she can still ground me if she really wants to, so I can’t be too harsh. I still have to remember she is my mom, so I have to respect her.”

Elsewhere in the interview, Strahan, 50, asked Charli if she would incorporate any of her “moves” from the platform that catapulted her career.

“I think when it comes to the actual choreography, I would love to maybe do a little nod to why I am even here, and what got me here, but I think I am really going to work on the technical parts of ballroom dance,” she said.

Don’t count Heidi out either. “It’s been a long time but I was also a competition dancer when I as in high school and I danced on my high school dance team,” she said. “We’ll see if it’s like riding a bike and if I can pick up choreography.”

The full cast list for Dancing with the Stars season 31 will be announced on GMA Thursday.