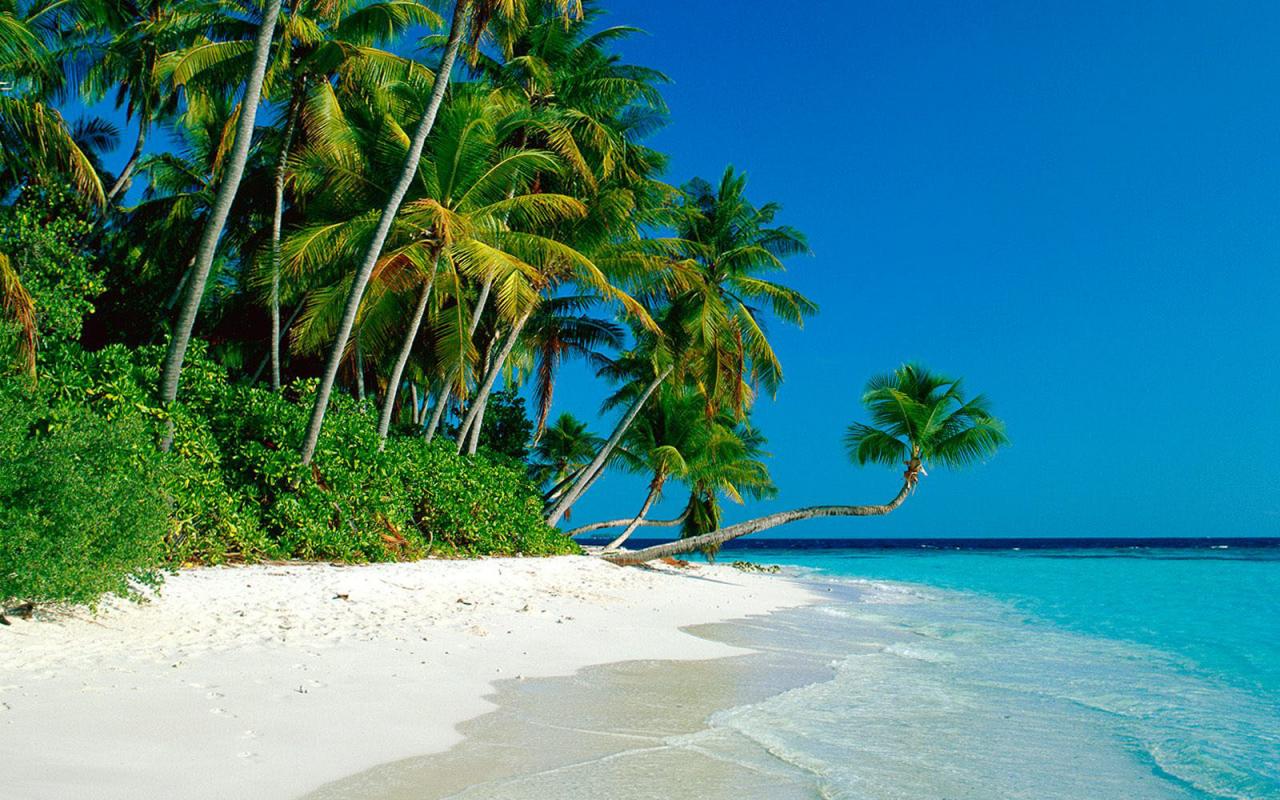 KINGSTON, Jamaica — Scores of family members and friends of Jordaine Clarke, turned out in large numbers at the Church of God Deliverance Centre Ministries on Windward Road in Kingston on Thursday, for the funeral service of the late four-year-old.

Clarke died in February after reportedly being left for hours locked in a teacher’s car outside his school in Rollington Town. He was taken to Bustamante Hospital for Children where he was pronounced dead.

The toddler’s memorial service was held under watchful eyes of the Kingston East Police as some mourners were still upset about the circumstances under which young Clarke met his untimely death.

During the funeral service, family members were calling for justice and disclosure indicating that to date, they have not received the autopsy report to determine the cause of death of their loved one.

One relative raised questions as to why no member of the school community, the ministry of education nor the political representative or the children’s advocate were in attendance at the funeral. The family member also questioned the overwhelming presence of law enforcers.

In response to the latter, OBSERVER ONLINE understands that Head of the East Kingston Police Division, Superintendent Tomilee Chambers, told the family member that the police were only there to give their support to the bereaved family. She told the congregation that the death of Jordaine was unfortunate and that the investigation is still ongoing.

The young boy’s remains were interred at the Dovecot Memorial Park in St Catherine.

No Grammy Win For Dancehall Artist ‘Spice’ In 2022!

But that’s okay thou, they will not be able to deny the Queen her win or thrown in 2023! That loss will only motivate her to push and grind harder! “It’s a Jamaican thing”, said one fan, “if they tell us we can’t, we show them that we definitely can…period”.

Dancehall and reggae deserve so much more. Leading up to the 2022 Grammy award ceremony, dancehall artist Spice made her red carpet debut where she spoke to the Associated Press about the appropriation of reggae and dancehall music and the history of Jamaican artists not receiving credit. “I feel like reggae and dancehall could have been more recognized because often times other genres take FROM OUR CULTURE AND WE DO NOT GET THAT RATING THAT WE DESERVE. BUT I FEEL ABSOLUTELY GREAT THAT WE’RE STILL IN THE NOMINATION FOR THE GRAMMY SO IT’S STILL A BIG THING FOR DANCEHALL AND JAMAICA,” she shared. She made history being the first hardcore dancehall artist to be nominated for the category with her debut 10 alongside other Jamaican artists like Jesse Royal, Sean Paul, Gramps Morgan and Etana. However a non-Jamaican, Arlington, Virginia-based, white reggae band SOJA, an acronym for Soldiers of Jah’s Army, was nominated with their Beauty in the Silence album and consequently ended up taking home the win.

Reggae is a genre born in Jamaica that emerged from ska and mento in the late 1940s and early 50s. After 1962 when Jamaica was declared an independent country, roots reggae became the score that not only bolstered national identity but its inextricable link to the Rastafari movement called attention to the ways in which Black people had been oppressed. And yet, the Grammys chose to ignore this history in who they deemed the “best.” The irony.

Dancehall and reggae artists do not need their work to be validated or legitimized by an institution that has failed to bring itself up to speed. The music is valid and worthy because we made it.

Here are what some fans had to say.

Did You Know Marcus Garvey Created The Pan African Flag?

Many African-Americans fly the Pan-African flag in the U.S. during Black History Month, but its origin and history have been lost for some since its adoption in 1920 by the Universal Negro Improvement Association (UNIA). It was created by Marcus Garvey, founder of the American Black Nationalist Movement based in Harlem in New York City.

His platform was one of greater unity between Africans and those of African descent. He advocated for the Back-to-Africa Movement, which differentiated Garvey from other civil rights activists. While his ideas increased membership in UNIA, his black separatist views, violent rhetoric, and link to the KKK to further separatism were alienating factors for many.

During his lifetime, Garvey had considerable influence within the Black Power Movement, the Nation of Islam, and Rastafari. Variations of Garvey’s flag has been used in multiple territories of Africa and the Americas and his flag continues to be a model for flags across Africa. A blue plaque marks his home at 53 Talgarth Road.

Desmond Ménde (born 6 April 1980), better known as Charly Black, alternatively known as Charly Blacks, and originally known as Tony Mentol, is a Jamaican reggae and dancehall singer, selector and singjay. He is best known for his track “Gyal You a Party Animal”, which became popular outside Jamaica in regions including Mexico, South America, and Spain. The song was a hit in these regions, as well as in the Caribbean and Central America. It is also one of the most watched dancehall videos on YouTube with over 200 million views. Other songs include “Whine & Kotch”, “Girlfriend”, “Bike Back”, and “Hoist & Wine”. Mendez has also collaborated with other music artists, including his collaboration with American Latin pop star Jencarlos Canela in the single “Pa Que Me Invitan”.

Just 2 and half months into the New Year and Charly Black has already dropped 2 #1 bangers: “Ravin”, and “So Many Reasons”.

Mr. Trelawny Got “So Many Reasons” To Be Celebrating His Latest Hits!

He was the last surviving original member of the group, which also featured Bob Marley and Peter Tosh. Together they helped spread the music of Jamaica worldwide. Story Credit: The New York Times

Bunny Wailer, the last surviving original member of the Wailers, the Jamaican trio that helped establish and popularize reggae music — its other founders were Bob Marley and Peter Tosh — died on Tuesday at a hospital in Kingston, Jamaica. He was 73.

His death was confirmed by Maxine Stowe, his manager, who did not state a cause.

Formed in 1963, when its members were still teenagers, the Wailers were among the biggest stars of ska, the upbeat Jamaican style that borrowed from American R&B. On early hits like “Simmer Down” and “Rude Boy,” the three young men — who in those days wore suits and had short-cropped hair — sang in smooth harmony, threading some social commentary in with their onomatopoeic “doo-be doo-be doo-bas.”

“The Wailers were Jamaica’s Beatles,” Randall Grass of Shanachie Records, an American label that worked extensively with Bunny Wailer in the 1980s and ’90s, said in a phone interview.

By the early 1970s, the Wailers — now in loose clothes and dreadlocks — became one of the flagship groups of a slower, muskier new Jamaican sound: reggae. The group’s 1973 album “Catch a Fire,” with songs like “Concrete Jungle” and “Slave Driver,” is one of the canonical releases of so-called roots reggae, with a rock-adjacent production style and socially conscious lyrics.

Marley and Tosh were the group’s primary songwriters and lead vocalists. But Bunny, who also played percussion instruments, was a critical part of their harmony style. Among fans at least, the three men settled into character roles like reggae superheroes.

“Peter Tosh was the real militant one, then Bob was the poetic revolutionary humanist,” said Vivien Goldman, the author of “The Book of Exodus: The Making and Meaning of Bob Marley and the Wailers’ Album of the Century” (2006). “Bunny was regarded as the spiritual mystic.”

Born Neville Livingston, he took the name Bunny when he joined the group; he was variously credited as Bunny Livingston or Livingstone before settling on Bunny Wailer in the 1970s.

The Wailers toured Britain and began to build international acclaim, but by 1973 the original trio had split up. Marley, heading toward global stardom, began performing under the billing of Bob Marley and the Wailers. Bunny disliked touring and, as a follower of the Rastafari faith, he’d been uncomfortable performing in bars, viewing them as unsuitable venues for the group’s spiritual message.

Neville Livingston was born in Kingston on April 10, 1947, and grew up in the village of Nine Mile in St. Ann Parish, off the northern coast of Jamaica. He and Marley met as children there, and for a time Marley’s mother, Cedella, lived with Neville’s father, Thaddeus, in the Trench Town section of Kingston.

The two friends met Peter Tosh — whose real name was Winston McIntosh — through Joe Higgs, of the Jamaican pop duo Higgs and Wilson. Early on the Wailers also included Junior Braithwaite and Beverly Kelso, and they recorded with top producers of the day like Coxsone Dodd, Leslie Kong and Lee (Scratch) Perry.

After leaving the Wailers, Bunny continued to make music, including his first solo album, “Blackheart Man,” in 1976; he produced it himself, wrote most of the songs and released it on his own label, Solomonic. But while Marley and Tosh toured widely, Bunny largely stayed in Jamaica, where he built a powerful mystique.

He made his New York debut in 1986 at Madison Square Garden, with opening acts and backup groups, like the vocal ensemble the Psalms, that he had chosen to represent Jamaican musical history. Three years later, when he performed at Radio City Music Hall, Jon Pareles of The New York Times described the show as being “like a gospel service with a reggae beat,” with Bunny dressed in a robe decorated with the silhouette of Africa, a Star of David, the Lion of Judah and marijuana leaves.

According to Ms. Stowe, Bunny Wailer’s survivors include 13 children, 10 sisters, three brothers and grandchildren. Ms. Stowe said that Jean Watt, his partner of more than 50 years, had dementia and had been missing since May.

Bunny won the Grammy Award for best reggae album three times. Two of those albums were tributes to Marley.

He was given Jamaica’s Order of Merit in 2017. Peter Phillips, a minister in Jamaica’s parliament, said that his death “brings to a close the most vibrant period of Jamaica’s musical experience” and “a good, conscious Jamaican brethren.”