Can A Same-Sex Marriage Protection Bill Pass The Senate? 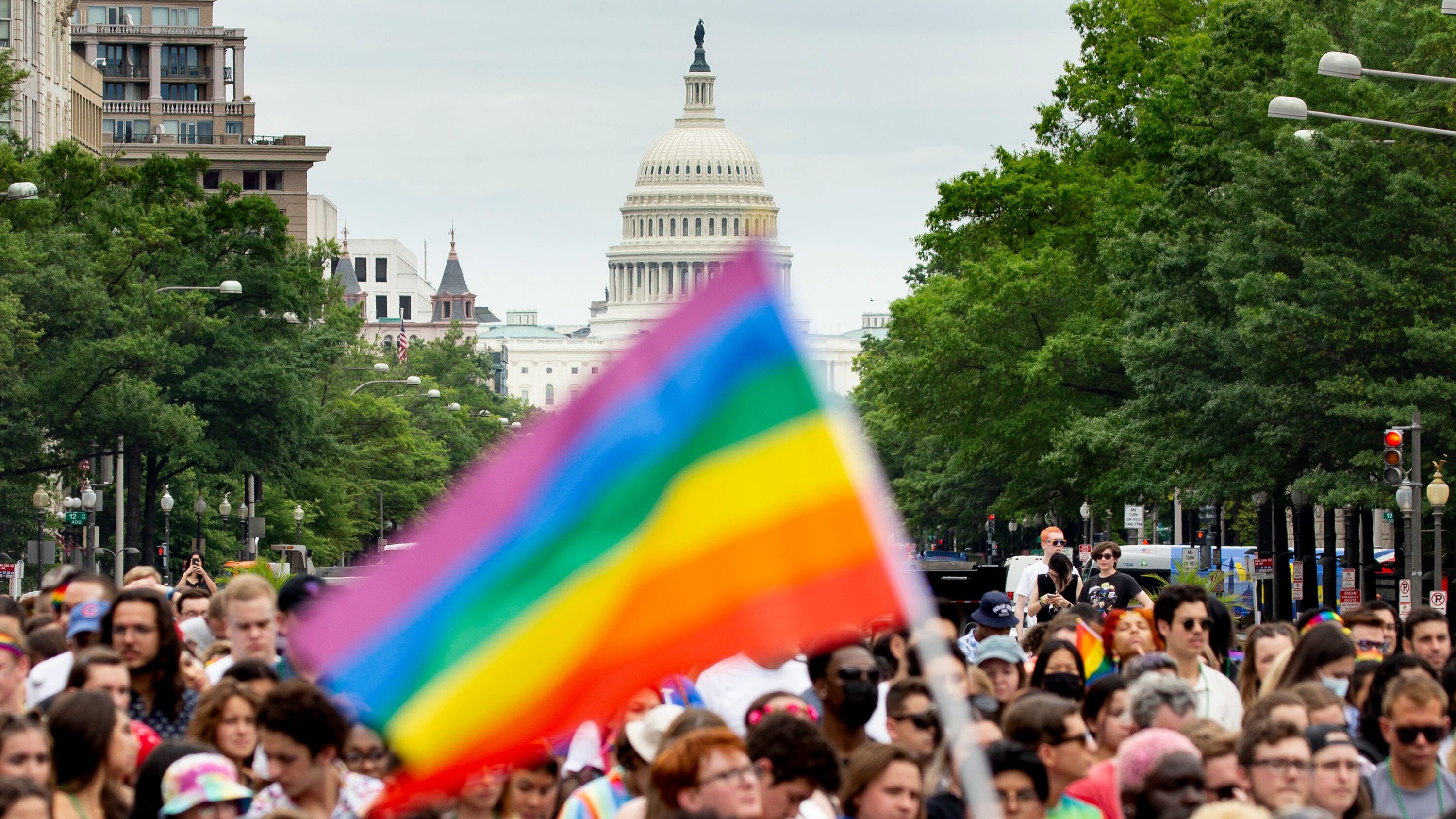 Li Zhou, Why the Respect for Marriage Act faces an uncertain future.

Why the Respect for Marriage Act faces an uncertain future.

The House on Tuesday easily passed the Respect for Marriage Act — a bill establishing federal protections for same-sex marriage — with 47 Republicans voting in favor of the bill, a bipartisan accomplishment that would have been unimaginable just a few years ago.

The vote passed so smoothly and quickly that it seemed to catch senators, including ones in Democratic leadership, off guard. But they now face the task of keeping up the momentum and holding a vote of their own, even if doing so throws a wrench in their already packed legislative calendar.

The bill would repeal the 1996 Defense of Marriage Act, which had previously defined marriage as a legal union between a man and a woman, and it would guarantee recognition of same sex marriages and interracial marriages under federal law. House Democrats emphasized that this vote was important to enshrine federal protections in the wake of the Supreme Court’s decision to overturn Roe v. Wadeand Justice Clarence Thomas’s statement that other rights, like same-sex marriage, could be considered next.

It’s not yet clear what the fate of the legislation will be in the Senate.

Democrats initially did not indicate whether they even plan to take it up at this time. When asked about holding a vote during this week’s press briefing, Senate Majority Leader Chuck Schumer (D-NY) stopped short of agreeing to do so. “We’re going to look at everything that we can do to deal with these issues,” he told reporters on Tuesday. Senate Majority Whip Dick Durbin (D-IL), the second ranking Democrat, also declined to commit to a vote, noting that lawmakers were running out of time for their to-do list before the August recess begins next month.

Tuesday’s vote, however, could force them to reassess their priorities, given the opportunity to address an issue their party has been sounding alarms about in recent weeks since the Supreme Court abortion decision. If timing posed a problem, for instance, lawmakers have always had the ability to either shorten or cancel their recess in order to finish outstanding legislative business.

If they do consider the bill, the next question is if 10 Republican senators would vote in favor of it. The House vote indicated that support for the issue among some Republicans had shifted significantly in the last decade: While the vast majority of the Republican caucus (157 out of 204 GOP members who voted) were against the measure, the support it did get indicates it has decent odds of getting Senate passage.

To do that, and hit the 60-vote threshold needed to pass filibustered legislation, the bill would need at least 10 Republican votes. The Senate version of the legislation, however, only has one Republican cosponsor — Sen. Susan Collins (R-ME).

In an Axios survey of 20 Senate Republicans, which included members perceived as “moderates or bipartisan dealmakers,” last week, none took a clear stance on the issue. Senate Minority Leader Mitch McConnell (R-KY), when asked about the legislation Tuesday, also demurred, noting that he’d “delay announcing anything on that issue until we see what the majority leader wants to put on the floor.”

There are a handful of moderate senators who are expected to be in play including Sens. Collins, Lisa Murkowski (R-AK), and Rob Portman (R-OH), while other Republicans have said they don’t think the Supreme Court will undo this precedent, and that legislation voting on the subject is unnecessary. Some have also gone further, emphasizing that they believe the right to decide the issue should be returned to the states.

Sen. Ted Cruz (R-TX), for example, has been vocal about how the Supreme Court’s 2015 decision in Obergefell v. Hodges was wrongly decided, and should be overturned. “I think that decision was clearly wrong when it was decided. It was the court overreaching,” he said in a July episode of his podcast.

Others like Sens. Marco Rubio (R-FL) and Lindsey Graham (R-SC) have cast doubt on the need for the upper chamber to hold this vote, emphasizing that the courts aren’t likely to go after this right. “It’s obviously settled law right now. This is a pure messaging bill by a party that has failed on substantive issues — be it inflation, crime or the [southern] border and now are looking for cultural issues in order to somehow do better in November,” Sen. Bill Cassidy (R-LA) told ABC News.

Sen. John Thune (R-SD), the minority whip, has said he would expect a “mixed bag” of votes from his conference.

This legislation would codify the right to same-sex marriage

Passage of this legislation would be historic.

It would codify the right to same-sex marriage under federal law and it would prevent states from trying to nullify same-sex marriages and interracial marriages if they were valid in the places where they were performed. Ultimately, it’s both a preemptive move that House Democrats are taking if the Supreme Court were to overturn the precedent set by Obergefell v. Hodges, and a way for them to get Republicans on the record on the issue.

Lawmakers have stressed that Thomas’s opinion in Dobbs warranted federal action. “If Justice Thomas’s concurrence teaches anything it’s that we cannot let your guard down or the rights and freedoms that we have come to cherish will vanish into a cloud of radical ideology and dubious legal reasoning,” Rep. Jerry Nadler (D-NY) said in a statement.

As the midterm elections approach, Democrats are also trying to contrast themselves with Republicans on a number of popular social issues including abortion rights, same-sex marriage, and contraception. And they’ve been taking hits from their own base for not doing enough to protect those rights while they control Congress and the presidency. The Tuesday vote gave them an opportunity to use that power and highlight the differences with most of the GOP.