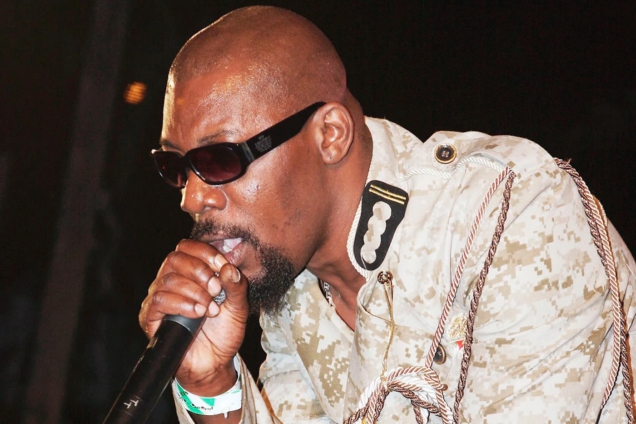 The popular Jamaican singer was allegedly found dead in a hotel room in St. Andrew, Jamaica today, July 19, 2022. This story is developing. We Say R.I.P To A Talent That Will Be Missed From The Dancehall Arena.

The Dancehall fraternity has been plunged into mourning, following the sudden death of veteran deejay Merciless, one of the island’s most eminent clash artists.

The Gyal Dem Gizzada was found dead at a motel on Beechwood Avenue in St Andrew, 18 days after he celebrated his 51st birthday on July 1.

Known for hit songs such as: “Ole Gallis’, “Gizada”, “Di Letter”, “Len’ Out Mi Mercy”, ‘Work Dem”, and “Let Them Have It”, are just some of the Merciless popular hit songs:

According to reports, the Clarendon native, whose given name is Leonard Bartley, usually stays at the motel in which he died, whenever he visits Kingston.   His driver told TVJ news that he returned to the hotel on Monday night but he did not hear from the artist all day.

According to the report, when hotel staff and his driver gained access Merciless was found lying face down on the bed.

Preliminary reports are that Merciless’ passing appears to be a case of sudden death, and no foul play is suspected.

This evening Gramps Morgan, in responding to the news described Merciless’ death, as a “big loss for Dancehall”.

“One of the best clash artist of all time you will be missed bredda,” he noted.

“R.I.P. ﹰLeonard ,” Tanya Stephens noted on her Instagram live feed where she also paid tribute to the artist.

Over on Merciless’ two Instagram pages, his fans flocked to pay tribute.  On one of the pages, Merciless last post was a happy birthday greeting to Bounty Killer made on June 12 while the other made two days ago, was a clip of his When Bad Man Phone Ring music video.

Merciless, who hailed from Chapleton in Clarendon, exploded onto the Dancehall scene in 1994, when he was propelled by Stone Love from a virtual unknown to one of Dancehall’s most revered sons, in just one night at the House of Leo nightclub in Kingston, via his hit song Len out Mi Mercy, which was initially voiced as a dub plate.

Stone Love boss Winston “Wee Pow” Powell, upon hearing Merciless deejay for the first time, immediately declared him a star, changed the Mavis artist’s moniker from Sugar Demus changed to Merciless.   At the time, Wee Pow and Bounty Killer were not on good terms, and so Merciless having a similar voice to Bounty, was seen as a plus for the Stone Love boss.

Len out Mi Mercy was a massive hit in Jamaica and it started Merciless’ prolific streak as songwriter and deejay.  The Clarendon native followed up with a string of other hits including Mavis, which was the top Reggae single in Jamaica in 1995.  He also recorded Ole Gallis, Whaddup, Mama Cookin, Gizzada, Let Dem Have It, and God Alone with Little Hero and Action Fire.

Merciless, also collaborated with Lady Saw for Baby Mother and Long Till It Bend.  He recorded three albums including Mr. Merciless in 1994 and Len’ Out Mi Mercy in 1995.

In the late 1990s and 2000s, he engaged in several high-profile lyrical battles with fellow deejays Beenie Man, Ninjaman and Bounty Killer.

His most legendary clash took place at Sting 2000 when he single-handedly decimated a combined force of Ninjaman, Bounty Killer and Beenie Man, who tried to ambush him in a lyrical face-off at the Jamworld Entertainment Complex in Portmore, St. Catherine.

The clash, which is one of the most talked-about in Dancehall history, had turned Merciless’ three rivals into the laughing stock of the nation following the Boxing Day stage show.

During the showdown, Merciless, clad in full military combat gear, brushed aside Ninja Man, then summoned Bounty Killer and demolished him, before proceeding to frontally take on and dispose of Beenie Man, as he extemporized his way to victory.

Five years ago, Merciless had said that he would be releasing a new 12-track album.  Two years ago, he had also told The Star tabloid that he was working on a dancehall mixtape, and was also compiling a 10-track gospel album.

In June last year, Merciless had vowed that he would be putting out an album titled Warhead Is Back.  At the time he said he would be going outside of his comfort zone and will be drawing for American music genres instead of sticking to solely Dancehall.