Black Women Will Suffer The Most Without Roe 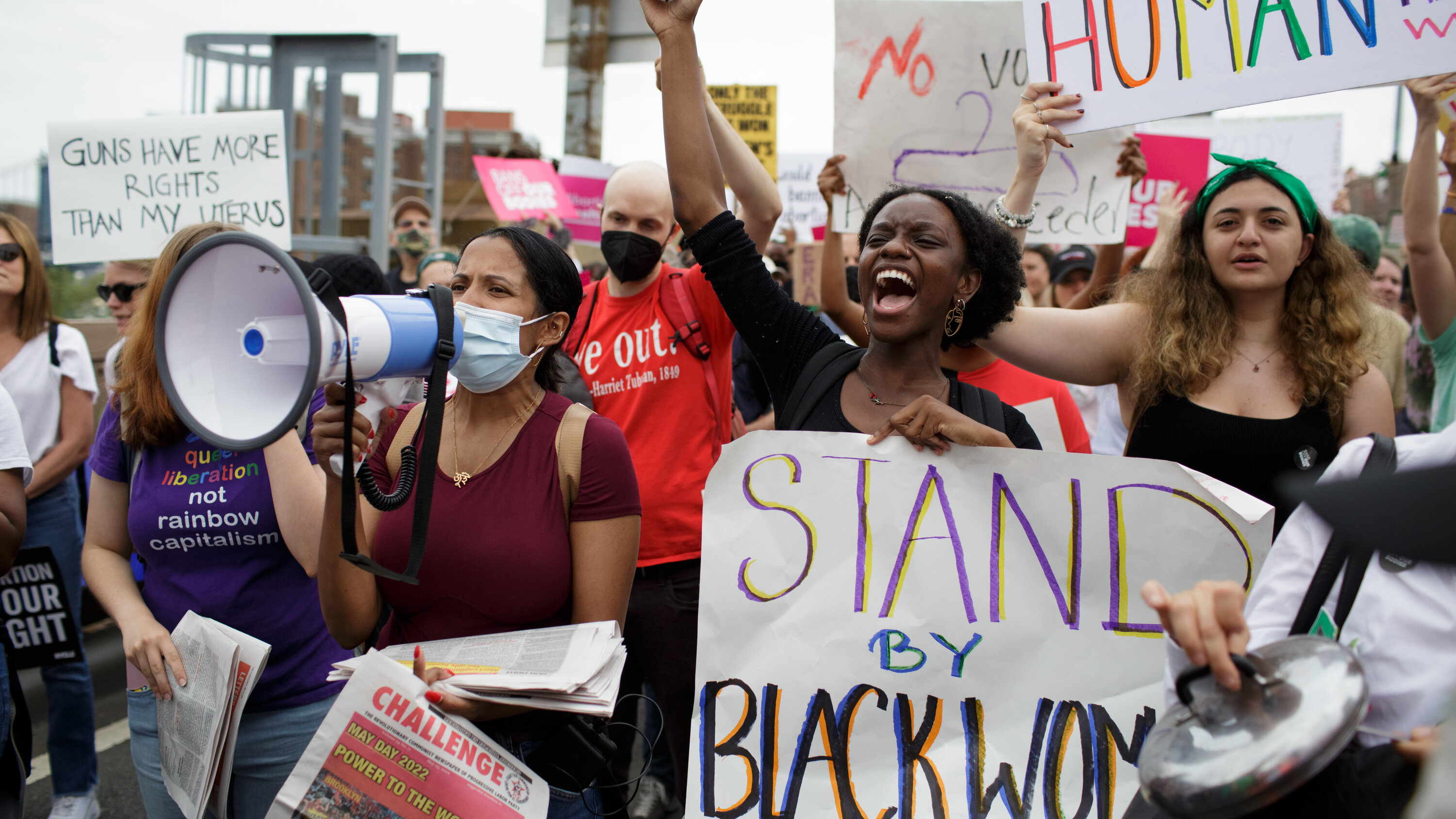 The United States is now a country without a legal right to an abortion. In this new reality, Black women will suffer the most.

Black women are more likely to live in areas where it’s harder to access contraception. They get abortions at the highest rates compared to women of other races, due to high rates of unintended pregnancy.

The factors that lead some Black women to seek abortions are present from the day they are born, passed down from mothers who faced similar plights. Those born into poverty are less likely to have access to health care, let alone reproductive or maternal health care; when some Black women are able to seek care, they face medical racism. For centuries, Black women have fought for autonomy over their bodies, against government-sanctioned abuse and abuse from intimate partners. The end of a constitutional right to legal abortion makes the fight harder.

State-level abortion restrictions have already taken effect in at least eight states, and in total, 22 states have laws that impose very strict restrictions on abortions. Those states are home to 39 percent of the total US population, but 45 percent of Black women and girls under age 55.

Black women make up the largest percentage of all abortions performed and have the highest abortion rate, according to 2019 data from the Centers for Disease Control and Prevention — the most recent year for which the CDC reported this information.

Out of 629,898 abortions reported to the CDC for 2019, Black women accounted for 38.4 percent of them. By comparison, white women made up 33.4 percent of those abortions.

Abortion rates were 3.6 times higher among Black women when compared to white women. The disparity can be explained by inequities in rates of unintended pregnancies, as well as other factors: unequal access to quality family planning services, economic disadvantage, and distrust of the medical system.

Black people are less likely to receive comprehensive sex education, a key factor in preventing unwanted pregnancies. Evaluations of sex education programs have found that they can help young people delay the onset of sexual activity, reduce the number of partners, and increase contraceptive use. One study found that teens who received comprehensive sexuality education were 50 percent less likely to report a pregnancy than those who received abstinence-only education.

According to one report, Black youth, low-income youth, and youth from single-parent households were less likely to get formal sex ed, and Black youth were more likely to receive abstinence-only education, “which is ineffective and stigmatizing.” This is despite the fact that another survey found that most Black people favor comprehensive sex education for young adults.

The racial gap in contraception access and use is rooted in social and structural racism and discrimination. For one, it’s difficult to access prescription birth control without health insurance. Black women and girls are uninsured at roughly twice the rate of white women and girls, according to data from 2020.

Overall, Black women have less access to quality health care, and less trust in medical professionals who might recommend birth control. The medical profession has a history of pressuring Black women and other women of color to limit their family sizes and consider tubal sterilization. After all, the American “father of modern gynecology” experimented on enslaved Black women in the 19th century without anesthesia. More than one-third of Black women in a 2005 survey believed that “medical and public health institutions use poor and minority people as guinea pigs to try out new birth control methods.”

Researchers in a 2019 study found that Black women tend to live near pharmacies that “impede the purchase of contraception.” The obstacles are many: limited hours, fewer female pharmacists, fewer patient brochures on contraception, condoms that are difficult to access, and fewer self-check-out options.