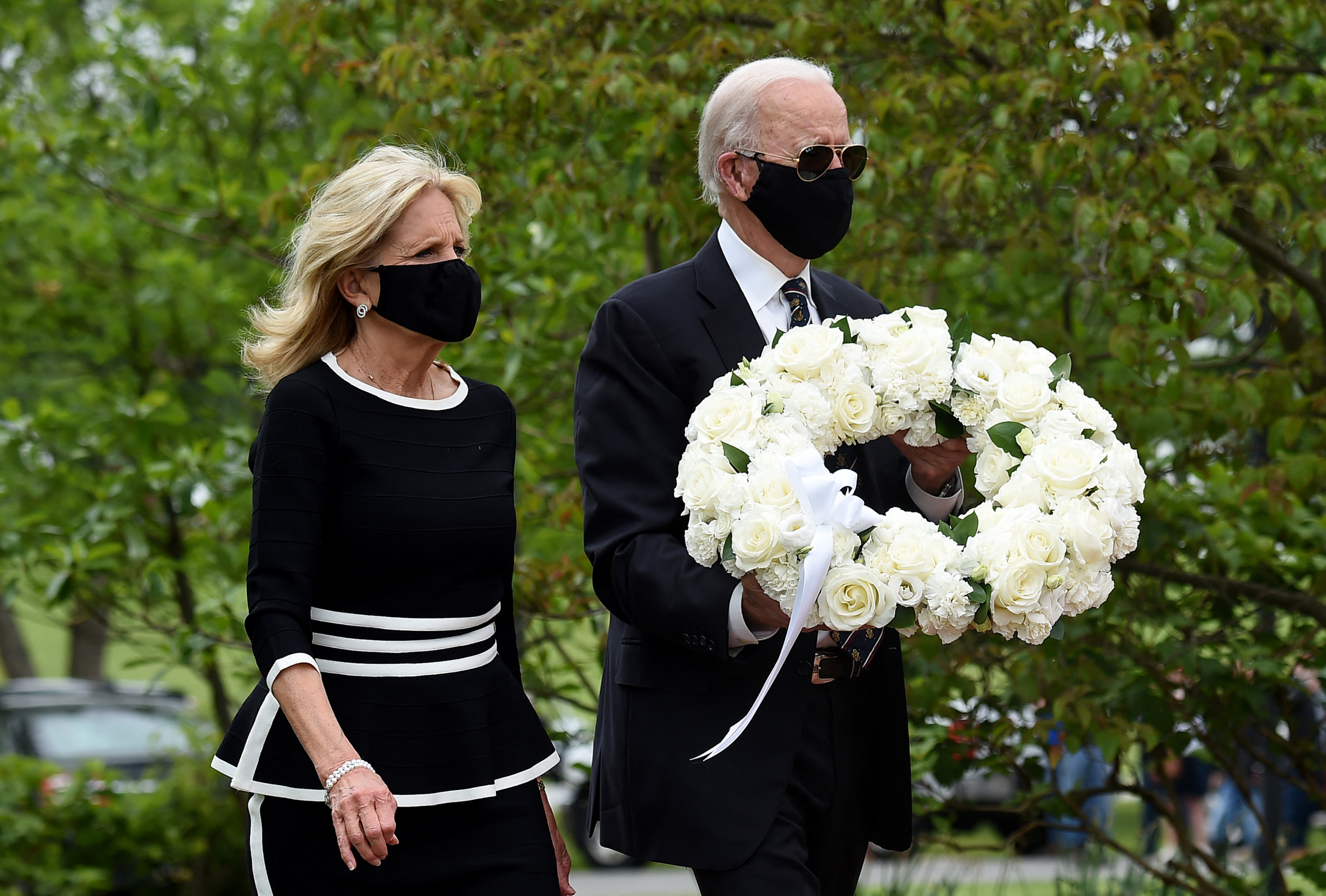 President Joe Biden and first lady Jill Biden walk off Marine One on the South Lawn of the White House on Monday.

President Joe Biden vowed to remember and honor America’s fallen service members in remarks at Arlington National Cemetery on Monday as part of a day of events commemorating veterans and their families.

“If we forget what they sacrificed, what they made so that our nation might endure, strong, free and united, then we forget who we are,” Biden said. “Today, we renew our sacred vow — a simple vow — to remember.”

“For so many of you, as is with Jill and me, the hurt is wrapped around the knowledge that your loved one was part of something bigger — bigger than any of us,” he said. “They chose a life of purpose.”

The president also spoke about the war in Ukraine, casting those fighting the Russian invasion there as part of the same global fight.

“Freedom has never been free,” he said. “Democracy has always required champions. Today, in the perennial struggle for democracy and freedom, Ukraine and its people are on the front lines fighting to save their nation. But their fight is part of a larger fight that unites all people — it’s a fight that so many of the patriots whose eternal rest is here in these hallowed grounds are part of. It’s a battle between democracy and autocracy, between liberty and repression.”

Before heading to the cemetery, the president and first lady Jill Biden hosted a breakfast in the East Room of the White House with members of veterans, military service and military families groups, senior Defense Department officials and other administration officials.

The Bidens began the day in Delaware, where the president visited Beau’s grave.

The Bidens were joined at Arlington National Cemetery by Vice President Kamala Harris and her husband, Doug Emhoff, for a wreath-laying ceremony at the Tomb of the Unknown Soldier, followed by the president’s speech at the Memorial Amphitheater. Secretary of Defense Lloyd Austin and Chairman of the Joint Chiefs of Staff Mark Milley also spoke.

Later this afternoon, the Bidens will plant a magnolia tree on the South Lawn of the White House alongside the families of service members who have passed away.