Artist Have Changed Song Lyrics Before. But Beyonce’s and Lizzo’s Recent Revisions are Part of a New Era 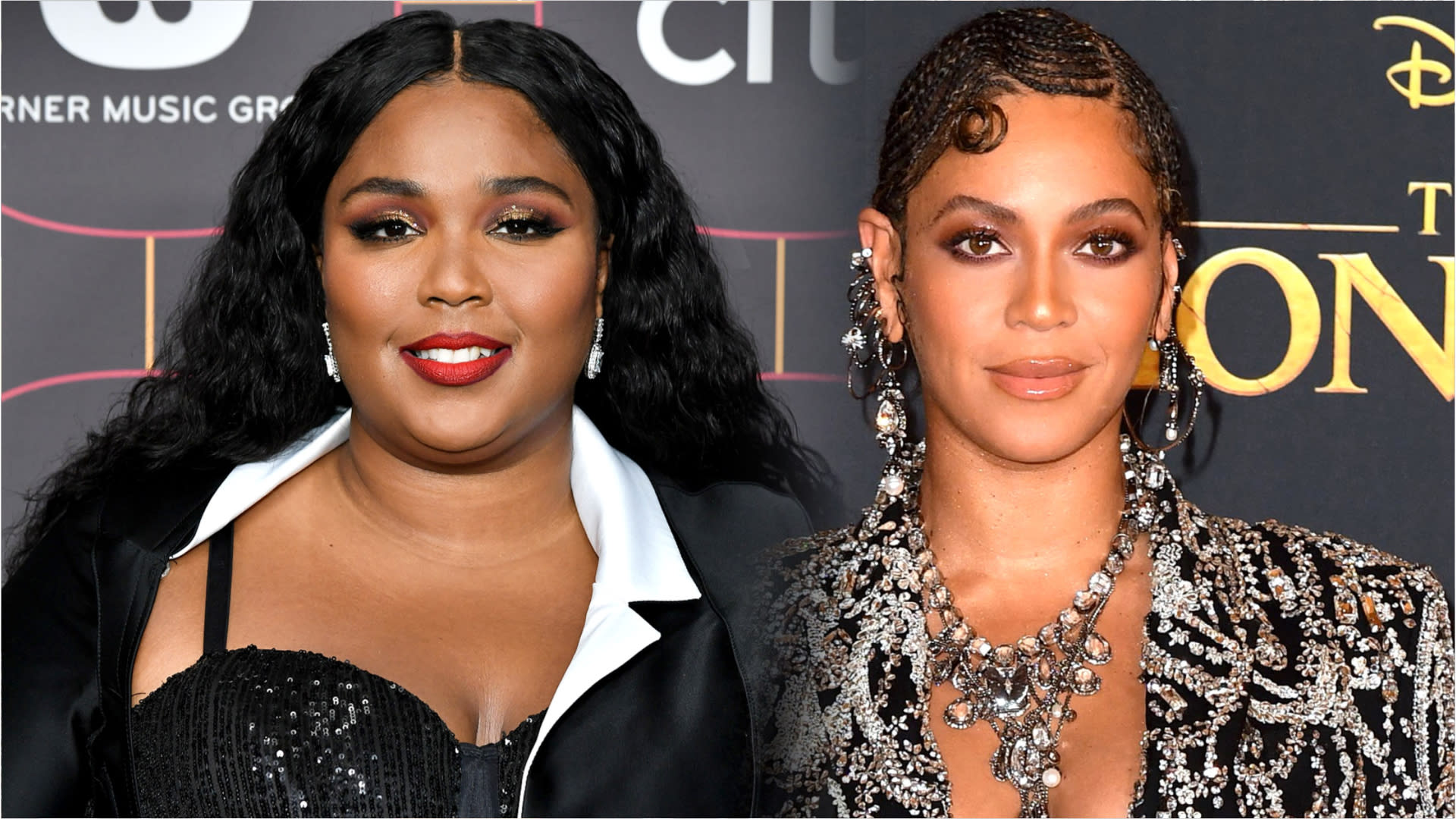 Some of the stars behind summer’s hottest new music found themselves in hot water when listeners and disability advocates spoke out against a lyric viewed as an ableist slur.

Backlash came quickly, and the artists were just as quick to respond. Lizzo took to Instagram to announce she had edited the lyric, noting, “I never want to promote derogatory language.” Beyoncé’s team issued a similar response within days of her album release, stating, “the word, not used intentionally in a harmful way, will be replaced.”

The term in question, “spaz,” first appeared on “Grrrls,” a single released by Lizzo in June. It then appeared on “Heated,” a track on Beyoncé’s highly anticipated album, “Renaissance,” which dropped last month.

The word, derived from “spastic,” has different cultural connotations – in the US, it’s mainly a colloquialism to describe losing control. It can describe being “in the zone” or “going all out” in African American Vernacular English – or being in a state of excitement that is either negative or positive, said Nsenga Burton, a cultural critic and professor at Emory University.

However, in the UK, the term is more immediately construed as a slur against the disabled community, particularly those with spastic cerebral palsy.

Changing song lyrics is nothing new. Little Richard’s “Tutti Frutti” was a risqué nightclub tune before it was sanitized for mass consumption. Contemporary artists, including Taylor Swift, have revisited previously recorded songs and altered lyrics with negative or offensive connotations, citing personal growth.

But Beyoncé and Lizzo’s recent revisions are notable because of the conversations they’ve sparked around the subject of ableism and the speed with which critics of the offending lyric were able to convey their views. The chatter surrounding these tracks is also connected to larger discussions around what we expect from certain artists, particularly Black women, as well as how society interprets and preserves entertainment and cultural touchstones.

Why song lyrics change – and what’s different this time

Lyrics, whether they’re part of a cover song or updates of an artist’s own music, are altered for different reasons. Many revisions are tied to language concerning race, gender and sexuality, as well as religion, said Jocelyn Neal, a professor in the music department at the University of North Carolina at Chapel Hill. Some lyrics are changed to align with the public’s tastes or modern times, while others are updated to better emphasize an artist’s own views.

“There’s a lot of examples in Johnny Cash, where he made changes to lyrics that would address a religious perspective,” Neal said, pointing to The Man in Black’s modification of a John Prine lyric, as well as one for his cover of Nine Inch Nails’ “Hurt.”

It’s not uncommon for artists to make multiple versions of some songs. Sometimes, this is done to appeal to specific regional markets, Neal said, pointing to instances where lyrics might refer to something like a local baseball team. Artists with explicit music often release “clean” versions (even in the streaming era), allowing for radio play and other forms of commercial exposure.

What’s different when it comes to Beyoncé and Lizzo’s quickly updated songs is the amount of conversation they’ve generated around ableism, Neal said.

“Ableism hasn’t been as much a part of these conversations (around lyric changes) in the past as much as it is now, and I think that is a change in awareness and a change in focus that is probably long overdue,” she said, adding that the majority of previously revised songs “don’t have ableism at the center of these language changes.”

Also, notable? The criticisms in this case were amplified thanks to social media, which serves as “a much more public platform to provide feedback to artists,” Neal said. In previous decades, a listener may have sent a postcard to complain to a radio station, she noted – without any guarantee that their observations would be widely shared for others to consider.

Lizzo and Beyoncé’s decisions to remove “spaz” from their respective songs have been celebrated for the most part, barring some instances where some have focused on criticizing the fact that it was used in the first place.

But the move has also sparked arguments over whether the word’s intended use should be considered more deeply. Some have voiced concern that the discourse surrounding the artists is an example of Black women being held to a different standard.

In an essay for Insider earlier this week, writer Keah Brown addressed having cerebral palsy and being grateful for Lizzo and Beyoncé’s decision, while also highlighting her frustration over White and non-Black artists being given “much more slack around using ableist language.”

Society has not pushed back on non-Black artists who have used other ableist terms like “psycho” or “lame,” she noted, nor have those artists in question changed such lyrics as rapidly as Lizzo and Beyoncé did. “The issue goes beyond the word ‘spaz’ for me,” she wrote.

Burton, for her part, initially appreciated Lizzo’s willingness to acknowledge that the offending lyric was a hurtful term to some and that she re-recorded so quickly. “I think that takes accountability and a willingness to be educated,” she said.

But she noticed that very few people were talking about how the term is used in the African American community.

“People are comfortable policing Black women’s bodies and language, and that is a problem, particularly when you’re dealing with art,” she said. “Particularly when you’re dealing with two Black women who are from the United States and are using the term in a way that Black people use it, which has nothing to do with the disabled community, at least in this iteration.”

Burton added that what one intends with language and how it’s perceived “can be two different things” and that “ultimately, you want your message to be received the way it’s intended.”

“If it’s not being received that way and you can change it, then you should,” she said. “But I’m not really feeling that it’s always Black women that acquiesce. We can’t make any mistakes; we can’t even use words in the way our culture uses them without getting pushback.”

Technology today makes it easy to update certain works, from online articles to music, fairly quickly. While people still collect physical media, streaming remains a popular mode of consumption – and that’s where changes are made rapidly. “Renaissance” hadn’t even been out a full week when edits to streaming versions of songs, including “Heated,” were reported on Apple Music, YouTube and Spotify.

“If there’s one source that’s controlling the digital version of a song for streaming, and that source changes, the average fan is going to have a hard time getting access to that previous version,” said Neal, noting that what we’re seeing with the increasingly ephemeral nature of some popular music is something that’s being seen in all forms of media and even in the academic world.

This has led to greater questions around whether “people are allowed to change things too quickly” and accountability, she said, and it’s something those who work in library and information sciences are actively thinking about.

The ability to respond to public feedback and update art in “real time” is also something that could present a problem for musicians someday, Burton said.

“What’s the end? Now you get to come back and say, ‘Listen, I don’t like this refrain here,’” she said. “Where does it end?”

There may be no clear answer. But even amid some larger philosophical questions, many have pointed out that by listening to their critics and promptly adjusting their lyrics, Beyoncé and Lizzo have ultimately done something positive. (Lizzo even remarked in June that she was using her position to be “part of the change I’ve been waiting to see in the world.”)

“Lizzo seized a moment to do good in the world and that’s something that an artist who has that platform is able to do,” said Neal. “I think that’s exciting.”

While there have been decades of debate over whether lyrics to popular songs matter, Neal said artists in this moment – and even those before them – are indicating that they do.

The various conversations around Beyoncé and Lizzo mark a new period in what we expect from and question about popular music. They’re also part of a larger tradition of questioning and processing the way the world around us continues to change.