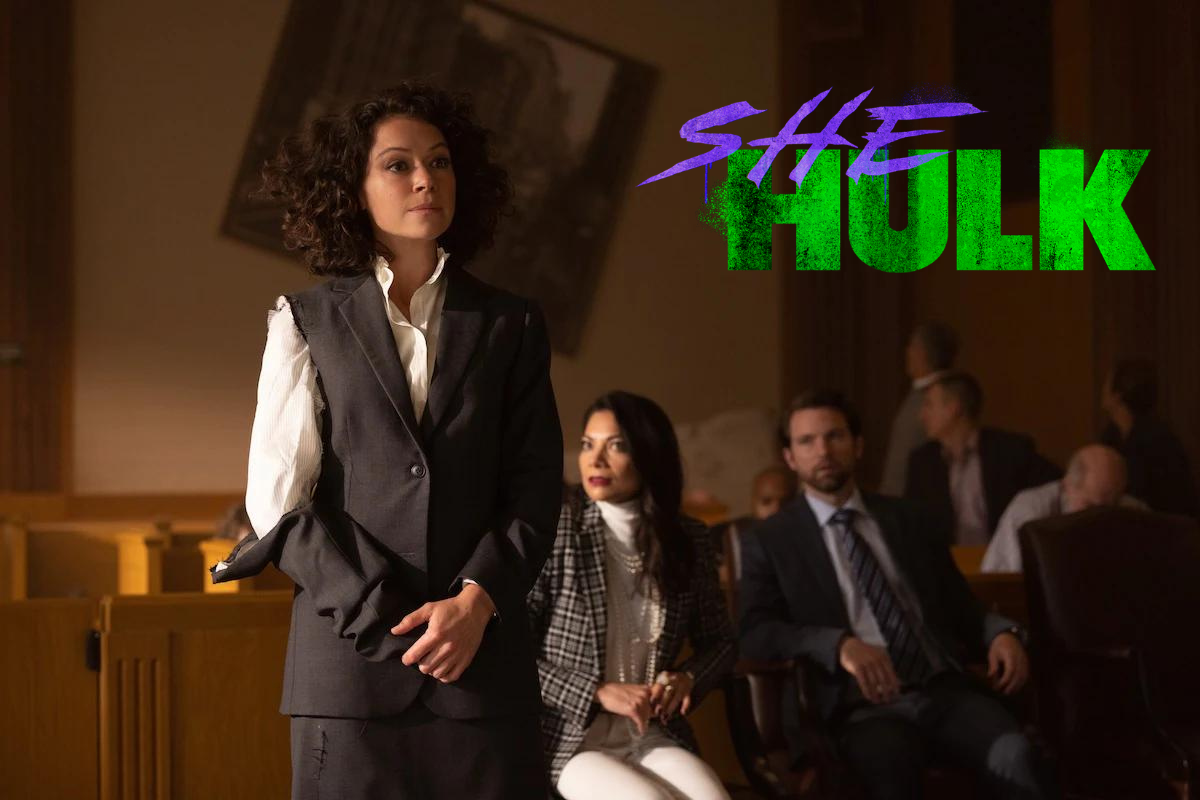 After an infusion of cousin Bruce Banner’s gamma-irradiated blood transforms her into She-Hulk, Jen Walters initially wants nothing to do with being a superhero (or being called She-Hulk).

Tatiana Maslany, the Emmy-winning Orphan Black alum who plays the titular green giant, wasn’t quite as resistant to joining the Marvel Cinematic Universe — but the hesitation was still there.

“Jen and I can relate on that level,” Maslany tells us (watch above) while promoting the new Disney+ streaming series She-Hulk: Attorney at Law, which Marvel has billed as its first half-hour comedy. “I have been an actor for 27 years, or something ridiculous like that, and I’ve always sought out character-based work and stories that definitely don’t have to occupy a massive global space. … So, I’d always been a bit resistant to going into the big world of Marvel, not knowing if I would be able to do that same sort of work.

“But then when I read this script, I was like, ‘This is so not what I expected.’ This is a deeply human story. And it is so funny and embarrassingly kind of mundane, in a great way. Jen keeps trying to pull the story into that direction. So, I thought that that tension was really cool.”

She-Hulk arrives this week amid a new scrutiny of comic-based properties in Hollywood. While the Disney-owned Marvel Studios has continued to bring more female superheroes to the forefront (see Iman Vellani’s emergence as Ms. Marvel and Natalie Portman’s ascension to the Mighty Thor) in recent months. But the Warner Bros.-run DC brand drew the ire of fans in recent weeks over the controversial cancellation of the nearly complete $90 million HBO Max feature film Batgirl, a superhero project that featured a Latinx lead (Leslie Grace).

Marvel boss Kevin Feige was among the first to reach out to Batgirl directors Adil El Arbi and Balill Fallah, who also worked on Ms. Marvel, to express his support after the cancellation news. Likewise, the team behind She-Hulk shared their sympathy.

“It is so hard to imagine the the disappointment that those filmmakers must be feeling because these projects take years,” says She-Hulk director and executive producer Kat Coiro. “I’ve been working on this for years and the idea of it never seeing the light of day is. … it must be crushing.”

“That’s unfortunate,” agrees Ginger Gonzaga, who plays Jen’s best friend and paralegal, Nikki. “There’s stories and there’s a life and there’s creativity that exists [in comic books] that for so long hasn’t gotten its due, and they’re wonderful, cool stories.”

She-Hulk has long been regarded as one of the most powerful feminist icons found in the pages of comic books, making the arrival of Attorney at Law all the more impactful at this particular moment in time.

“It’s exciting because just her very existence is a feminist,” says Coiro. “She’s large, she’s in charge. She controls her own narrative. She has no compunction about telling the writers what to do and storming across the advertisements in the comic book pages. And that was something that always resonated with me.”

“The MCU has for a very long time been very male heavy, there hasn’t been a ton of female representation,” says head writer and executive producer Jessica Gao. “So it’s nice to finally start making some progress in that area and really show like a part of the Marvel Cinematic Universe that hasn’t really been explored in depth. And she’s just such a wonderful fun character.”

Maslany sees She-Hulk’s debut as just one piece in a larger puzzle as Hollywood continues to strive for better representation.

“I think it’s really important,” she says. “And I also don’t think that it’s the end goal. I feel like telling unique stories that are specific and populated by all kinds of people is really important. This universe operates on such a global scale, and anybody I’ve talked to from like, South America, or wherever, is so excited by their countries being part of the MCU. There’s a real desire, I think, for a more global feel to that world. … I’m excited that we’re on the precipice of maybe things shifting.”

She-Hulk is now streaming on Disney+.