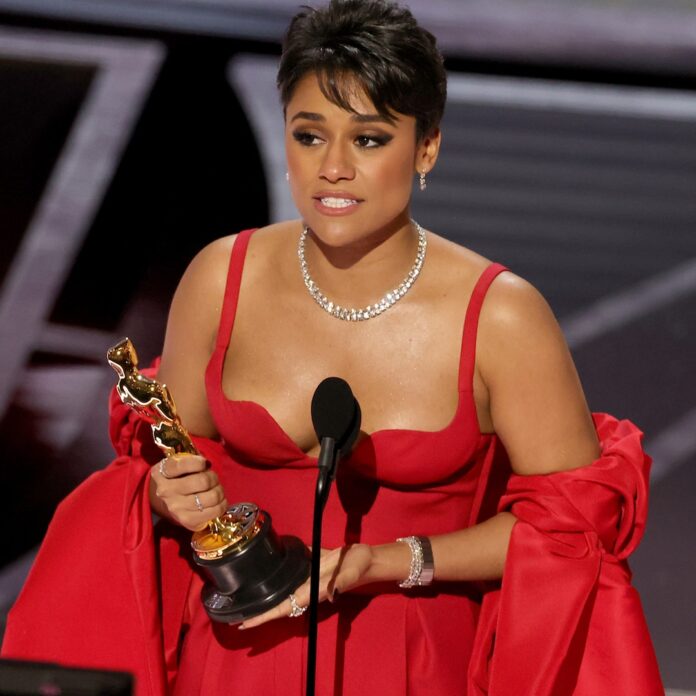 The “West Side Story” actress won the award for Best Supporting Actress.

Actress Ariana Debose made history at Sunday’s 94th Academy Awards, becoming the first openly queer actor of color to win an Oscar. Debose won the Best Supporting Actress award for her role as Anita in Steven Spielberg’s “West Side Story.”

Debose used her time on stage to deliver a powerful acceptance speech. “Even in this weary world that we live in, dreams do come true,” she said. “To anybody who has ever questioned your identity… I promise you this, there is indeed a place for us.”

Debose also became only the second Latina to win an acting Oscar, 60 years after Rita Moreno won the same award for her role as Anita in the original “West Side Story.” She thanked Moreno, who also had a role in the remake, in her acceptance speech.

The win came after co-host Wanda Sykes, who is openly queer herself, pushed back against Florida’s recent “Parental Rights in Education” bill (known as the Don’t Say Gay bill), saying: “We’re going to have a great night tonight. And for you people in Florida, we’re going to have a gay night.” The joke was followed by chants of “Gay! Gay! Gay!” by the night’s other co-hosts, Amy Schumer and Regina Hall.

Though there are many openly queer actors in Hollywood, they rarely get nominated for major awards. This year, Debose and actress Kristen Stewart were the only two openly LGBTQ nominees. In fact, Jodie Foster is the only openly queer actress to have ever won the award for Best Actress (though she came out years after her win), and Ian McKellen is the only out male actor ever nominated for an Oscar (there are several others who came out post-nomination).

Debose’s history-making win will hopefully open the doors for other openly queer actors.

“Imagine this little girl in the backseat of a white Ford Focus,” Debose said in her speech. “Look into her eyes, you see a queer — openly queer — woman of color, Afro-Latina who found her strength in life through art, and that’s what I believe we are here to celebrate.”