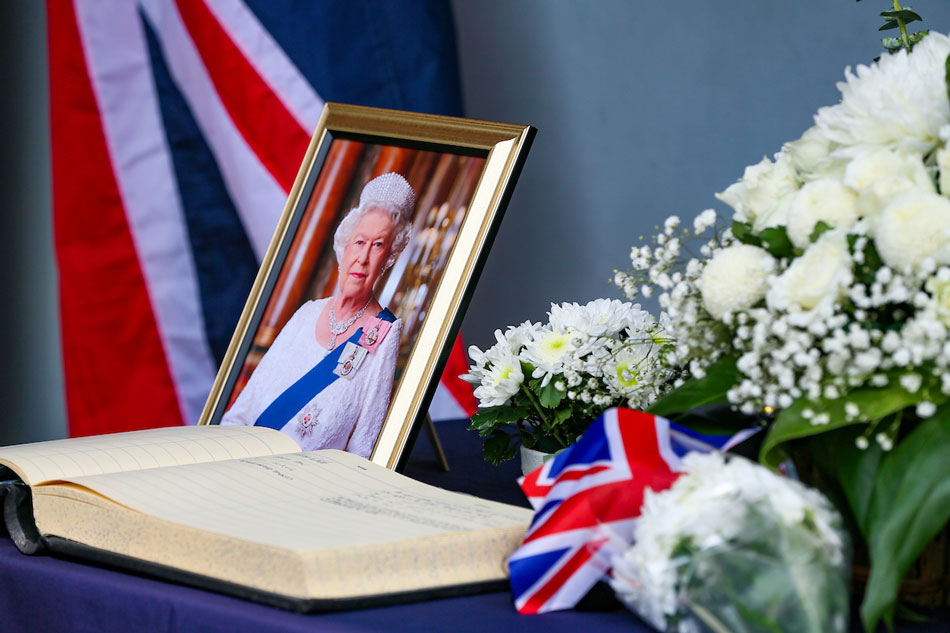 Crowds have gathered across the country for ‘abolish the monarchy’ protests on the National Day of Mourning for Queen Elizabeth II.

Many of the rallies were coordinated by Warriors of the Aboriginal Resistance, which said in a statement it stood “against racist colonial imperialism and its ongoing effects on us as Aboriginal and Torres Strait Islander peoples”.

“While they mourn the Queen, we mourn everything her regime stole from us: our children, our land, our loved one’s lives, our sacred sites, our histories,” the organisation said.

Organisers listed their demands as the return of land “to the rightful sovereign owners”, an end to Indigenous deaths in custody, and truth, accountability and justice.

An official service was held for the Queen at Parliament House in Canberra, where Prime Minister Anthony Albanese and Opposition Leader Peter Dutton gave tributes to the late monarch.

Governor-General David Hurley acknowledged the Queen’s death had prompted a range of reactions and said the nation must complete its reconciliation journey.

Thousands of people gathered at Birrarung Marr in Melbourne, on Wurundjeri land, before moving through the CBD in protest against the day of mourning.

After a Welcome to Country and smoking ceremony, speakers addressed the building crowd along the Yarra River.

Aboriginal leaders spoke and called for recognition of Indigenous suffering as a result of colonisation.

Community members spread white ochre on the faces of attendees as a sign of mourning, not for the Queen, but for community members who had recently passed, and for the suffering endured by First Nations peoples across the country.

Organiser Tarneen Onus Williams said it was important for Indigenous people to come together to “reflect on the genocide and dispossession and colonialism that the Queen represented”.

The Gunditjmara, Yorta Yorta, Bindal, and Torres Strait Islander activist called for the abolition of the monarchy, and for land to be returned to First Nations people.

“We’ve had lots of black deaths in custody lately, the Queen’s died and the media’s been eclipsed by it,”

“One major element of the colonial project was the removal of First Nations children and the policies that were designed and developed to colonise our children,” the Gunditjmara, Keerray Wurrung and Djab Wurrung woman said.

“Deep in my heart today is our Stolen Generation mob, who are watching the rest of the country celebrate and grieve for someone who’s led on policies that have quite literally destroyed their lives.”

She said the community was also struggling with the recent loss of elders Uncle Jack Charles and Uncle Archie Roach.

Some protesters removed the Union Jack part of the Australian flag and doused it in fake blood.

As the crowd moved from the sit-in towards State Parliament, it was met by a small contingent of ‘freedom fighters’ waving the Australian flag and the Eureka flag – which in recent years has become a symbol of anti-lockdown and anti-government protesters.

Some of the late arrivals said they were allies of the protest. Demonstrators told them to get rid of the flags before joining the march.

The protesters again listened to speeches once they reached Parliament House.

Brisbane rally-goers turn up despite rain

The rally in Brisbane/Meanjin was interrupted by rain, but organiser Wayne Wharton was happy with the number of people who turned up in spite of the conditions.

Wearing an “Abolish Australia Day” T-shirt, the Kooma man said Australia needed a republic “based on fairness and responsibility”.

“We can’t fix the systems that were brought here by the British empire,” he said.

“If you go back through the legal documents, and all the documents that incarcerated our people, it was her signature that was on them.

“She’s not innocent, in no way shape or form.

“My mother chased her out of Brisbane here in 1988 and stopped her going to church, and I’m proud of my mother for doing that.”

He said the mainstream media’s wall-to-wall coverage of the Queen’s death had been upsetting.

“To Aboriginal people, to myself, it’s been nothing short of sickening and torture,”

Protester Kevin Yow Yeh said it was “important” people showed up despite the weather as a show of “resistance to the settler colonial nation state that is Australia and remind people that not everyone is mourning the Queen’s death”.

He said it was a “kick in the guts” the government could announce a public holiday for Queen Elizabeth II, but not for Aboriginal people who had been fighting for a day of mourning for decades.

Organiser Ruby Wharton said while there has widespread talk of constitutional recognition of Aboriginal people, there were other steps which needed taking first.

“We don’t believe that that conversation can start until the sovereignty of Aboriginal people is acknowledged,” she said.

“You can’t have a Voice to Parliament and a monarchy at the same time. There is no equal sovereignty here – there is one group of people who oppressed and killed.”

While the protest was largely respectful, the event became heated once it reached its destination.

An Australian flag was burned to the mixed sound of police sirens and cheers.

Sydney protest calls for recognition of impact of colonization

Hundreds of people met on Gadigal Country in Sydney for that city’s rally, accompanied by a large police presence.

Speakers outside Sydney Town Hall said it was an opportunity to amplify voices they said had been silenced in the wake of the Queen’s passing.

The speakers told the crowd about a range of issues, with a focus on Indigenous deaths in custody.

Attendees pointed to the first national Indigenous rights protest in 1938, and the calls in the decades since to recognise the impact of colonisation and for basic human rights.

Following the speeches, the crowd moved through the city to Hyde Park.

An Adelaide man was removed from South Australia’s Government House for holding up a sign which read “Abolish The Monarchy”.

Government House had opened to the public to give people a chance to say a final farewell to the Queen.

Outside, the man told reporters he also signed the condolence book with the same abolition message.

He was banned from entering Government House for 24 hours.