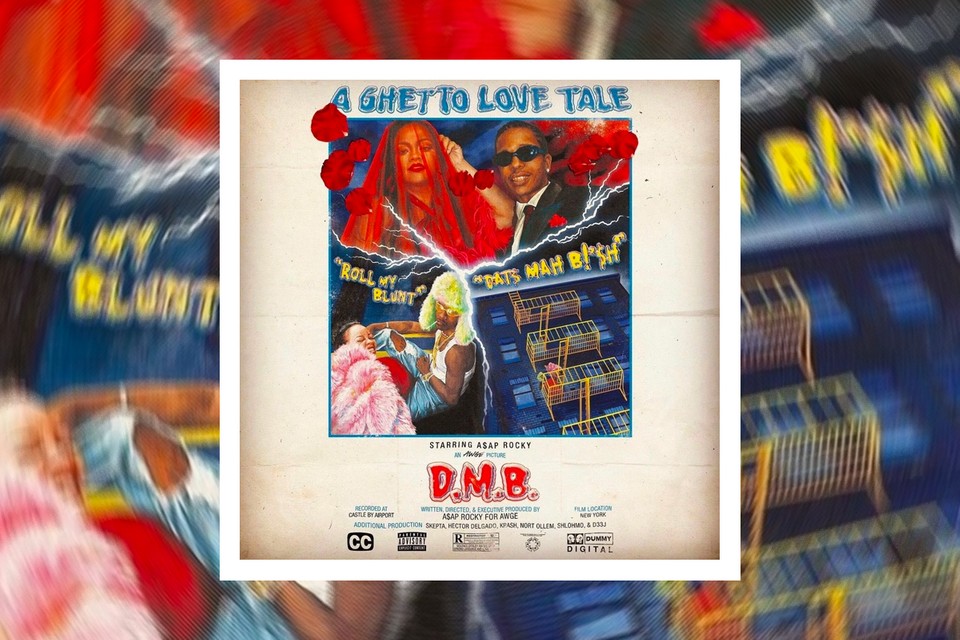 According to multiple reports, A$AP Rocky posted, then deleted, a poster for an upcoming release for this week which looks like it’ll feature or star Rihanna.

Back in July last year some images made the rounds online of A$AP Rocky appearing to film a new music video in New York with Rihanna, and this afternoon A$AP Rocky reportedly posted, and then deleted, a poster for the release.

The poster featured the words “A Ghetto Love Tale” and “D.M.B.”, as well as quotes including “Roll my blunt” and “Dats mah bish.”

Fans have been speculating that it could be a poster for a music video and new single arriving on Thursday (5 May), as A$AP Rocky wrote alongside it: “THUR$DAY”.

While it’s currently unclear if it’s a new song, a project, or a film, the now-deleted poster did credit A$AP Rocky as the writer, director and executive producer, and also gave credits to Skepta, Hector Delgado, Krash, Nort Ollem, Shlohmo and D33J for additional production.

A$AP Rocky is yet to share more details about his upcoming release, but it could arrive on Thursday (5 May).